by Noit Banai and Dani Gal

Memory Communities at the Crossroads 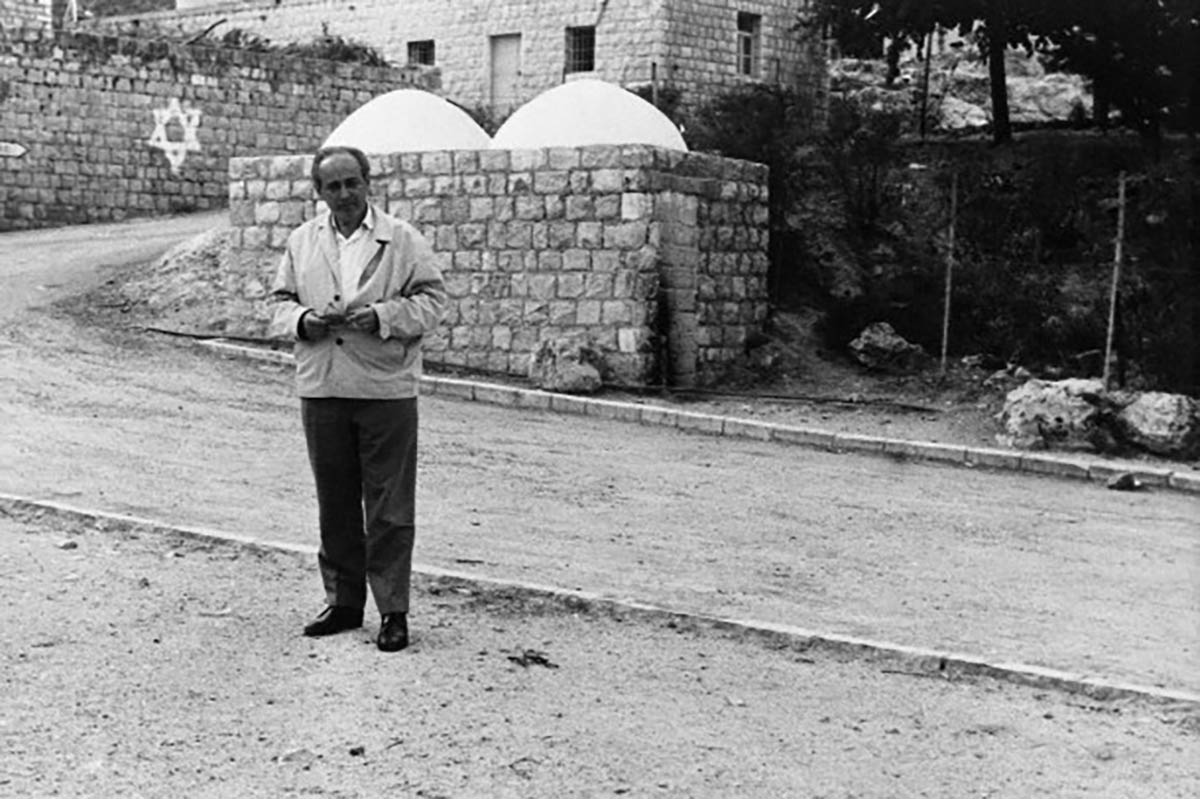 As part of the conference Situated Knowledges: Art and Curating on the Move, we set out to consider how we can bring together Donna Haraway’s concept of “Situated Knowledges” and Michael Rothberg’s concept of “Multidirectional Memory” as a way of renegotiating monolithic frameworks of contemporary memory cultures and national authority over historical narratives.

In this intersection, we wanted to think about whether it is possible to converge the locality, singularity, and radical contingency of “situated knowledges” and the dialogic expansion and intersectionality of public memory. As we negotiate the many facets and forces of globalization and its discontents—including both an intensified privatization and deregulation of the techniques, mechanisms, and institutions that govern life and death—we are also confronted with a re-inscription of identities within reductive notions of the nation state and an orthodoxy surrounding the ownership and manipulation of the way in which the past is made present.

Such a project includes posing some of the following questions: (1). Is it possible to create a dynamic memory culture between historical victims, perpetrators, and implicated subjects that exceeds and questions the narrow interests of the nation state and its geopolitical interests? (2). How can artistic practices shape embodied sensibilities towards elective affinities and kinship? (3). Does the entanglement between situated knowledges and multidirectional memory help us to rethink the relationship between particularity and universalism in ways that might create new pathways to solidarity?

In the aftermath of the workshop, we decided to explore this issue further by performing the same exercise that we undertook with the participants. We had asked them to bring an object in any medium (or a story of an object) that embodies multiple perspectives and histories and can no longer be understood from a fixed point of view. This object, we proposed, could function as a vector or an intersection through which different protagonists create a relationship to public memory from seemingly opposing or conflicting perspectives.

The object we chose is a photographic image of Paul Celan standing on a small, unpaved street in the compound of Mount Meron during a visit to Israel in 1969. This short sojourn, between September 30 and October 17, was the only time the poet came to Israel/Palestine and occurred seven months before his suicide in Paris on April 20, 1970. There’s something poignant about this image, which we can only approach from our position in the present while trying to locate it in a constellation of historical processes that extend both retrospectively and prospectively: Celan is seen casually posing for the camera as if he or the photographer chose this particular spot with some sense of intentionality or purpose. In the background, we see a twin grave, today identifiable as one dedicated to Jewish religious men (tzadikim) and, slightly further back, a graffiti of a white Star of David on the outer wall of a Palestinian house.  The structure of the grave is shaped according to a Muslim typology, which suggests that it might have been appropriated as a Jewish burial site at some point. Although we do not know for sure, there is historical evidence confirming that some Muslim graves were appropriated into Jewish graves in the Zionist effort to modify the land.

While the two very distinct elements in the photo—the Muslim grave and the Star of David graffiti—already hint toward the political complexities of the place; Celan, a diminutive figure whose poetry has come to embody the struggle to live through and after the Holocaust, is seen as if he had just stepped in between the two signifiers to become a third one that further complicates the image in terms of historical readings. This triangle of signifiers manages to embody the historical/political complex of Palestine-Israel and post-Holocaust European Jewry. It also encapsulates a much longer historical trajectory, which includes numerous cultural and political dynasties and colonial occupations.

The image poses two intertwined challenges: first, is it possible to think about the simultaneity of temporalities and historical experiences that inhabit this image—both in its moment of production and its aftermaths—in a complex way that acknowledges the diverse layers and dynamics of remembrance without reducing them to a simple equivalence?  This is the challenge of multidirectional memory. Second, can one bring one’s entire “self”—with all of one’s emotional, physical, and intellectual particularities, contradictions, burdens, and blind spots—to be part of this thought process in a way that builds a new post-national form of community? This is the challenge of situated knowledges.

In the current historical moment, we believe that there is an imperative to contend with the national imposition of isolated, exceptional, or zero-sum game forms of remembrance. While shaping a dialogical trans-national grammar may be the more difficult path, the entwinement of multidirectional memory and situated knowledges opens a way forward. To this end, our next step is to invite other people from diverse contexts and disciplines to respond to this image of Paul Celan in Mount Meron and hear how they interpret its complexities and potentialities. Noit Banai is an art historian and critic who specializes in modern and contemporary art in transcultural and transdisciplinary perspectives. She was Professor of Contemporary Art at Tufts University/School of the Museum of Fine Arts (2007-2014) and the University of Vienna (2014-2019) before joining Hong Kong Baptist University as Associate Professor of Art History and Theory in August 2021. Her monograph on Yves Klein appeared in 2014 (London: Reaktion), the book Being a Border appeared in 2021 (Dublin: Paper Visual Arts), and she is currently completing a book titled Between Nation State and Border State: Modernism from Universal to Global Subject. She served as assistant editor for the journal RES: Anthropology and Aesthetics and is a regular contributor to Artforum International.

Situated Knowledges – Curating and Art on the Move

Training for Together: Extended Bodies Exercise

Situated Knowledges and Interdependence in the Exhibitionary-Educational Complex

by Lee Weinberg and Alison Green

Curing the Archive Fever: Filling the Gaps Through Situatedness

by Basia Sliwinska and Caroline Stevenson

New Horizons: Ways of Seeing Hong Kong Art in the ‘80s and ‘90s: An Integrated Approach to Curatorial Practices on Exhibition-Making

by Debe Sham and Georgia Kennedy

by Bo Choy and Chloe Ting

by Noit Banai and Dani Gal

Memory Communities at the Crossroads