This interview took place February 21, 2020. Since then MuDa – Museum of Digital Art was forced to close its doors. For the press release, please visit https://muda.co/closing.

Alina Baldini/Annick Girardier: What is your background?

Christian Etter: I studied typography in Switzerland and then worked in digital design in Italy and London. I run my own design company.

This museum was opened four years ago, and when it opened it was the first of its kind in Europe. We are two founders [the other one is Caroline Hirt], a core team of four professionals and three interns. We have a small budget, but given that we automated most of the operation, we manage to survive.

We came up with this idea because I was disappointed with the museum scene in Zurich; after writing complaint letters and not getting answers, we decided to do something about it.

AB/AG: How do you sustain the Museum?

CE: Partially with the funding we receive from the City of Zurich, which is a small amount but still important. And then with the tickets visitors pay.

We struggle in making people understand that entry fees are for us the main way to survive. When people visit museums in Zurich and pay for a ticket, the price is actually much more than that, as it sums up to the funds that the Museum receives through public money. We do not get that kind of funding, and we need to sustain ourselves differently, for example, through tickets.

AB/AG: What is your curatorial concept?

CE: We decided to program an algorithm that scans the web to look for artists, scores them, and we call the ones that score at the top. The first four artists were picked by us by hand, and this was a reference we gave the algorithm to scan the web for. And the first one chosen by the algorithm was a Swiss artist Pe Lang.

The algorithm uses data patterns about artists who were already exhibited [at MuDA] and looks for matching data patterns on the web. It doesn’t understand culture, gender, or nationality, and therefore doesn’t consider these parameters.

Once the algorithm proposes the artists, we contact them. They decide whether they are interested. They usually curate their exhibition completely. We just provide them with practical information ( fire escapes, etc.).

AB/AG: Is there enough room for diversity?

CE: The field of digital artists is pretty small still, therefore there are many new artists and innovators, as we do not have well-established “blockbusters” yet in the sense of how we define them for classic or modern art. In fact, our exhibitions go from Vera Molnar, who is a 96-year-old pioneer in digital art, living in Paris, to a young Chinese artist, Raven Kwock, and he is giving a talk tonight (February 21), and the vernissage is on March 7 and it stays on until July 19, 2020.

AB/AG: What about gender balance?

CE: It is probably two men to one woman.

AB/AG: How did you come up with the idea of using an algorithm?

CE: We have been inspired by what the Philharmonic Orchestras started to do in the ‘70s and ‘80s to ensure gender-neutral auditions. They put a curtain in front of the candidates, and they are even asked to remove their shoes that could provide a hint about the gender of the candidate.

AB/AG: How do you promote your exhibitions?

CE: Mostly through social media and the internet site of the museum.

AB/AG: Who is your target audience?

CE: We are a niche museum, so we also have people flying from everywhere to see the exhibitions. We have visitors from all ages and backgrounds, we also have many schools visiting us.

It is a bit nerdy, but if you are nerdy you do not want to miss it.

AB/AG: What would you wish for the Zurich art scene?

CE: Diversity is the most important aspect to invest in. Small off-stream/off-space activities should be sustained; unfortunately, the gap between the funds that go to large institutions compared to the small ones is increasing.

Last year the City presented their cultural strategy, and the title was “Diversity.” I would like to see that happen- ing more in practice. More transparency in this area would also be appreciated.

AB/AG: What do you like the most about our work at MuDA?

CE: I like the opportunity to learn though the connection with artists, and I am inspired by the enthusiasm of visitors. I also enjoy working with kids for whom we organize regular workshops and they build their own devices-products-artworks.

AB/AG: What would you like to see more of in your work at MuDA?

CE: More funding could help. I am very happy with the contents. With more resources, we could organize more events. And we could also take these contents outside the museum, in public spaces, for example.

CE: I like this quote: “A book must be an axe for the frozen sea within us.” This is what good art should do. What is art? Whatever does not have an economic purpose and creates an insight, or helps people to see new perspectives, this is art for me. 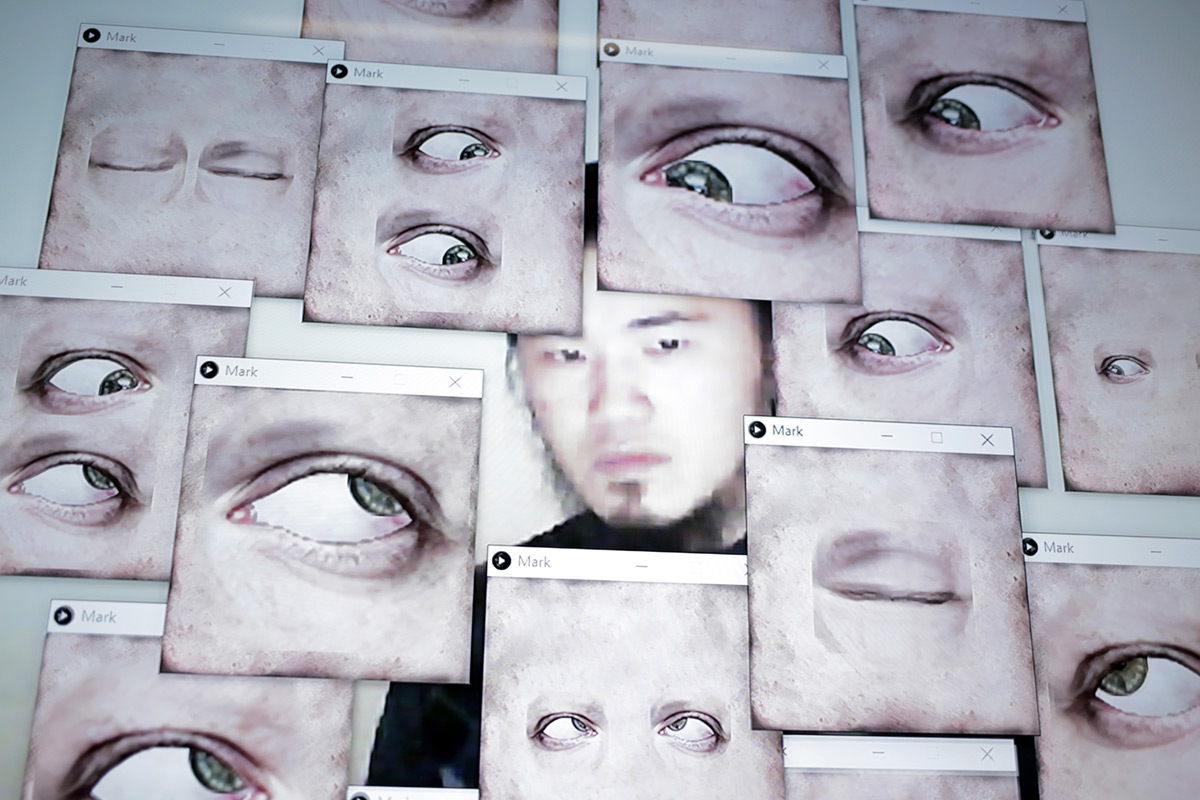 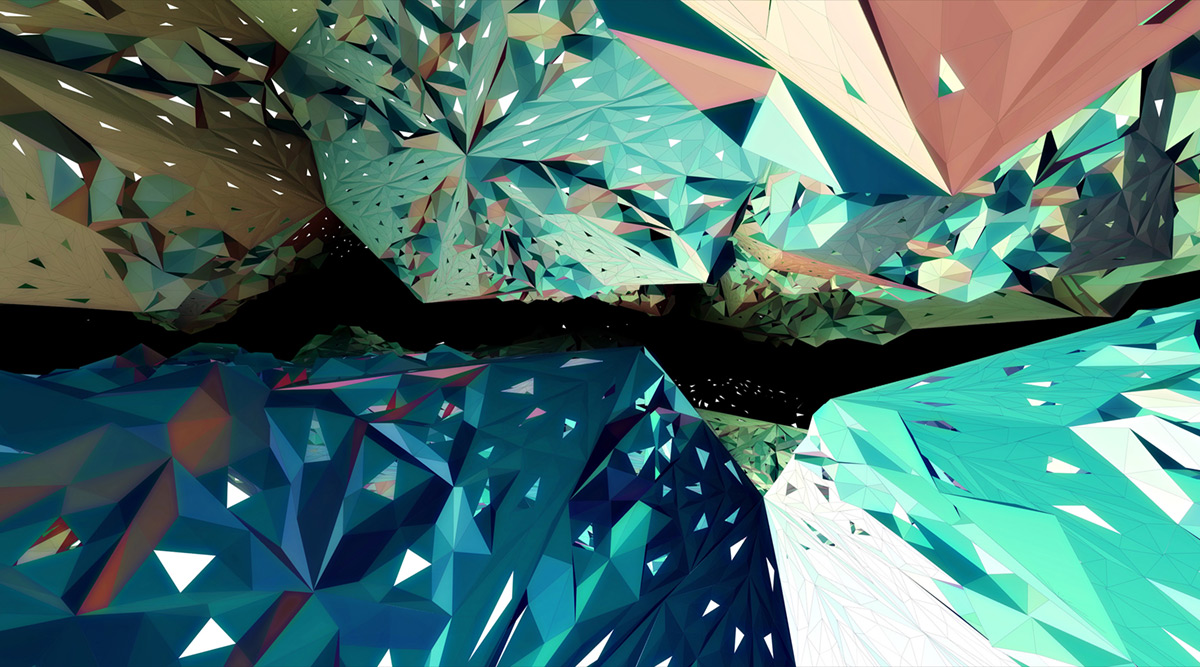 Christian Etter was born in the mountains of Switzerland in 1982. He did an apprenticeship in typography in Zurich. Christian has worked as an art director for Saatchi & Saatchi in Milan, as well as a consultant for Fabrica, United Colors of Benetton’s research center near Venice. For ten years, he worked as Director for UNIT9 in London. In between, he worked as a counsellor for children at the skateboard recreation center in Lausanne, then continued counselling sexually exploited children in Bogota, Colombia. Currently he heads Etter Studio, a small interdisciplinary design company based in Zurich. Simultaneously, he is the Co-Director of the Museum of Digital Art (MuDA) in Zurich. He is a member of the Advisory Board of UNESCO’s Design21 Association (New York), European member of the International Academy of Digital Arts and Sciences (New York), as well as Chairman of the Digital Arts Association (Zurich).

Alina Baldini is an Italian psychologist, she has lived and worked in Basel (CH) since 2017. For the past couple of decades, she has been working in corporations addressing topics like company culture, coaching, and personal transformation. Following her passion for contemporary art and her curiosity to discover the curating aspects in what she experiences, she decided to begin the Postgraduate Programme in Curating, MAS at the ZHdK in 2019.