Oliver Rico: What is your professional background?

Esther Kempf: I studied fine art (and one year of Scenography) at the Gerrit Rietveld Academie in Amsterdam. I graduated in 2005, and I have been working as an autonomous artist since then.

OR: What interests you in the art field?

EK: I am interested in human perception: how we see, understand and name our surroundings. The physical presence of places and things, natural phenomena such as gravity, pressure, and light play an important role. I like to observe everyday life, react to and experiment with the particular context I find myself in. By reorganizing, shifting, and transforming its components, I try to create unexpected connections and new meanings.

I also pay a lot of attention to language and words, since this is how we transfer the physical world to an abstract, fictional level, and multiple meanings play an important role.

OR: How would you define your curatorial practice individually?

EK: I do not have a curatorial practice as such. I am part of the art commission of the City of Zurich (Kunstkommission der Stadt Zürich), and in this position I have had the task to “curate” the “Werk- und Auslandatelier-Stipendien” exhibition at Helmhaus the past two years. What me and my “co-curator” did, I wouldn't call it curatorial work, though. We didn't get to choose the works, but rather we placed the works of about 30 artists in the spaces of the museum. Working mostly with installation as an artist, I like that kind of work, because it’s all about the relationship between the space and the works and the works between each other. It's an intuitive, fluid process with a lot of trying out and repositioning and rearranging. It also reflects my way of working in the sense that I like to use what there is already and try to make the best out of it.

OR: How would you describe your mission/purpose and point of differentiation in the Zurich art scene?

EK: As an artist, I like most to react to the space an exhibition takes place, use it as a starting point for ideas, and to interact with this place physically. For that reason, exhibitions in places that are for interim use are interesting to me: they are never in a typical white cube space, but take place in different interesting locations like a former chocolate factory or an apartment that people actually live in. By participating in such exhibitions, even though they are mostly not interesting financially, I want to contribute to keep these alternatives alive. This is important to me because it brings art to different places, reaches a diversity of people, and blends in with ordinary life.

EK: I always find it intriguing to work with the context of an exhibition space. I observe and analyze the peculiarities of a place: its architecture, size, light conditions, sounds, surroundings, and history and then develop a work on site and work with the physical or social givens of the place.

This is mostly possible if a place is to be demolished or renovated. In Zurich, examples are the exhibition Der verwaschene Ort at Zentralwäscherei in 2019, or 5 Salons in a private apartment in 2007. For the works there, I could interfere directly with the physical matter: For I took off the wallpaper and carpet to create the illusion of a ray of light. For Ohne Titel, I  was able to break through an existing wall and install a table that connects two neighboring former office spaces and can be used from both sides.

But also in galleries or institutions, this is sometimes possible: for my first exhibition in my gallery Brigitte Weiss in 2009, I used the fact that the space was more like a living room in size and with its parquet than a white cube. I did the work Für Filomena, an installation determined by the room’s architecture and the law of gravity. A construction made of wood slats installed between the ceiling and the walls lifts the furniture from the floor and thus makes the individual pieces imperatively dependent on one another.

What I find difficult is when there is no chance to interfere with the surroundings. At the 2018 Swiss Art Awards exhibition in Basel, it was impossible to do anything directly connected to the exhibition space—a huge fair hall. Each participant gets their white box, square meters, or wall, and this is the space you can work with. I wanted to integrate parts of the infrastructure (the movements of the escalator and the ventilation system) into my installation, but after many emails and discussions, I found out that it is impossible to physically touch anything outside the box that was intended for me. In the end, I found inspiration in the history of the place: the annual watch and jewelry fair taking place in the same hall and the facts and rumors on the thefts that equally happen there almost every year.

OR: How did you find the space in which your exhibitions take place? Does it belong to a private person or maybe to the City of Zurich? What rent do you have to pay?

EK: For the group show Was nützt --- in Gedanken 2 at Locher this year, I was invited by the artists Tom Menzi and Karin Schwarzbek, who organized the exhibition. They are both part of the Verein Zitrone, which are currently using the spaces of Locher as studio spaces. I didn’t pay rent and I don’t know about the deal of the organizers. As far as I know, they could use the space for free. If you want to know more about that, you could ask Tom Menzi. If you need more information about the Verein Zitrone, Yves Sablonier would be a good contact person.

OR: How do you finance your projects? Do you have funding? From whom?

EK: The exhibition was not financially supported, and all of the expenses for my work were covered by myself. I did receive help concerning transportation and build- ing up the work by the organizers and other participants of the show. The exhibition as a whole was also not supported by the City of Zurich or any other organization/foundation, but as far as I know there was no attempt to get financial support

OR: What is the working process like? Do you decide on your own? Are others involved?

EK: I like to spend time at an exhibition place. I observe, analyze, experiment, and develop the work on site. Locher was a great opportunity because I was able to work more from February to June in an empty barn of about 300 square meters. Originally there was less time intended (about a month) but due to the lockdown, the time frame was expanded. There is no chance to find something similar in Zurich ever again!

For the performance installation Ereignis 2 (ein Sonnenstrahl) that I realized for the exhibition at Locher, I used several aspects of the barn: the entrance is facing south, so the sun always passes on one side of the barn. It is a freestanding building on the ground floor and has no window, which means the light contrast between the inside and outside is striking. I used the barn like a camera obscura, a dark place that echoes the outside to the inside. At a certain time during the day, one ray of sunlight falls through an opening into the barn onto a mirror table. From there, the light spot is directed to other reflecting objects, scattered in the barn. For twenty minutes, the light spot moves through the space, hitting settings of reflecting objects. Geometrical light drawings emerge and disappear in different places in the barn.

Exchange is very important to me. After having spent time by myself in the space, I talk to the curators or I invite friends to the place where a work develops. The external view is crucial as a sort of reality check. What works, what doesn't? What is in my mind, in my imagination, what is out there, visible, perceivable?

In the end, taking decisions is a very lonely task. I hate it when someone tells me: this is your decision. Sometimes it’s easy, and sometimes is it not at all. There is no rule to follow, and there is a lot of trying out, making mistakes and panicking around it.

OR: How much influence do you have on what is curated?

EK: In the case of the Werk- und Auslandatelier-Stipendien exhibition at Helmhaus, the influence is limited since the works are defined by the artists themselves, I try to find the best solution for each work, and have a balance for the total exhibition. By combining works in a space, a theme or an aspect can be emphasized, but there is little influence on the content of the whole exhibition.

OR: What do you wish for the Zurich art scene?

EK: More spontaneity, less seeking of security. One thing I appreciated when living in Amsterdam is the attitude of “gewoon doen.” I have the impression that people there are more experimental and don't let themselves be impressed by possible regulations and problems coming up. 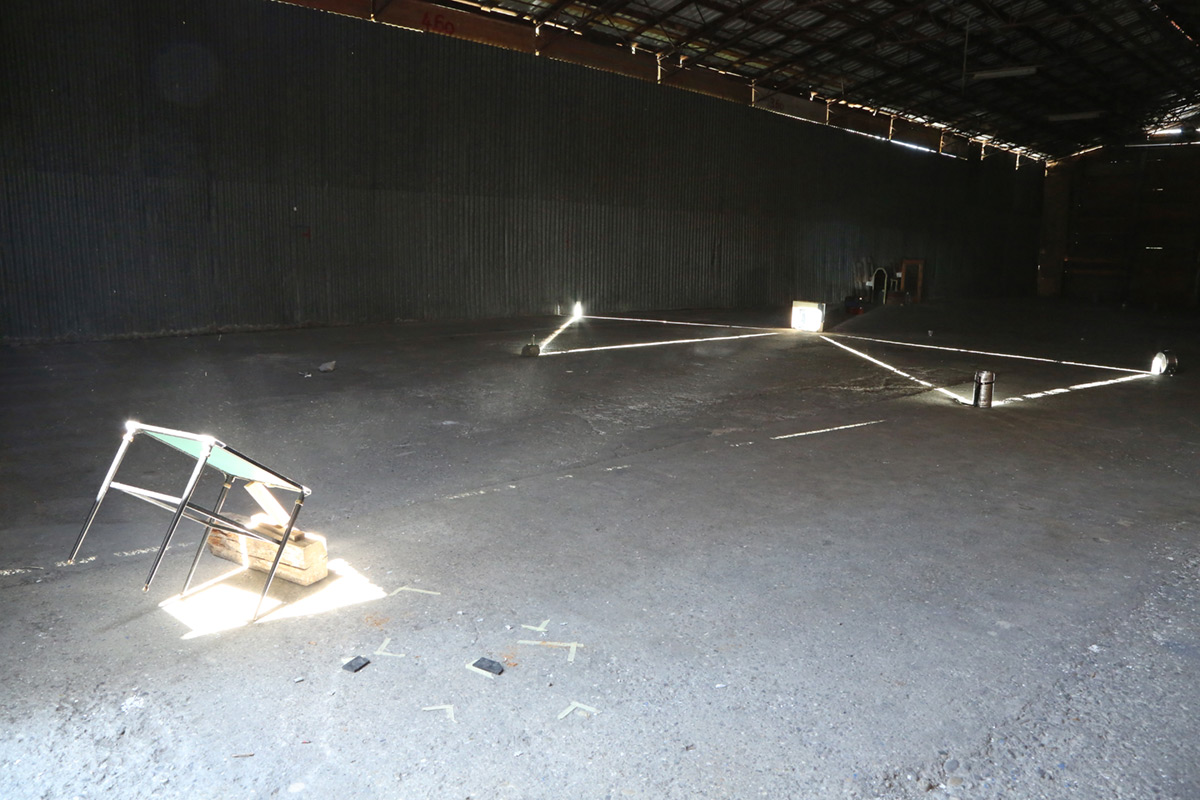 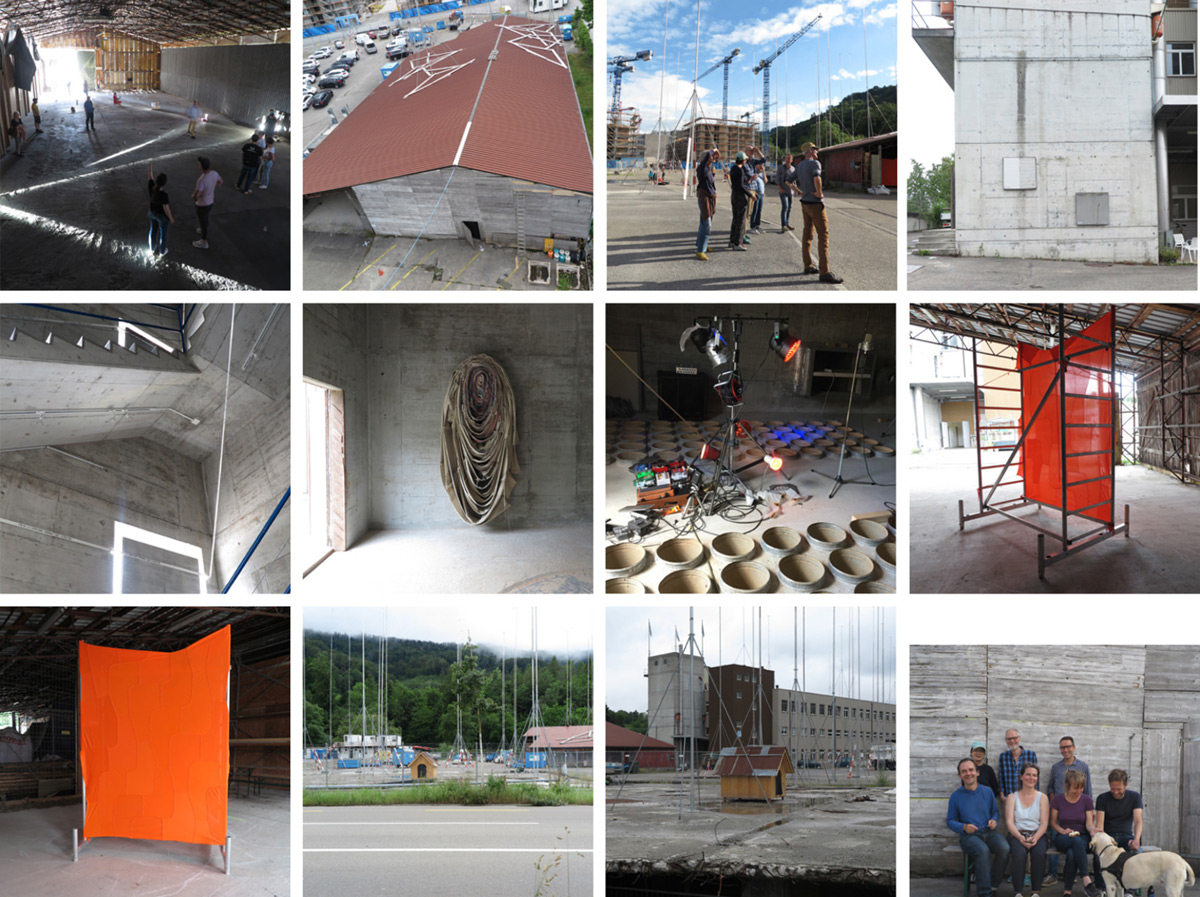 Esther Kempf (b. 1980 in Bafut, Cameroon) studied fine arts and scenography at the Gerrit Rietveld Academie in Amsterdam and graduated in 2005. After her graduation, she had residencies in Argentina and at the Cité des Arts, Paris. Since 2009, she has lived in Zurich. Esther Kempf's works are based on space, the perception of it, and the words with which places, objects, and events are described. She works experimentally and reacts strongly to her environment. The inspiration for her work comes from everyday observations, which the artist detaches, investigates, and sharpens into precise works. The outcome of this investigation is expressed in a medium that is determined by the idea and the process of the respective work.

Oliver Rico (b. 1980 in Zurich) studied sociology and law in Zurich and Lucerne, after which he completed a Master’s degree in communication and organization sociology in Lucerne. He was a visiting lecturer at the Department of Design/Cast/Audio-Visual Media at Zurich University of the Arts during the 2011-2012 semester. In 2017-2018, he gained the CAS Curating qualification, again at Zurich University of the Arts. He has worked in Switzerland and Spain as a recording manager and script consultant for short films. Other posts include work as a producer and dramatic advisor for the Actaeon Production Theatre Group and the theatrical association Hengst & Hitzkopf.