Could you please describe the driving thought behind a form of the Bucharest Biennale you would like to be involved in?
I don’t have to be involved in the biennial to desire for it to be meaningful for the place where I live. Any institution or event that operates on a longer term should aim for embedding itself in the place where it happens, it should see itself as more than a platform for (cultural) consumption; it should at least try to ask some relevant questions for communities where it takes place, not (just) for an abstract, incorporeal public. If a biennial carries the name of a city in its title, it should try to offer something in its structure, programme, and choice of venues that addresses or problematizes that specific city or that at least contextualizes the works of the artists for that specific moment and place where it is presented. This is a general remark for many biennials, and a critique to those who display a few (the same) international artists, in more or less improvised white cubes or black boxes, under generic empty thematic umbrellas where anything could fit. Of course, one can also make “pre-packaged,” IKEA-style biennials, but is that the point?

Therefore, for me, engagement with the city whose name the biennial takes should be one of its important driving forces. Otherwise, it can be like those international conferences which take place in hotel lobbies and include one or two local speakers for courtesy and which only use the city infrastructure like any other branch of the tourism industry.

Taking money from the municipality or using a building that is an official municipal structure as a venue does not mean engaging with the city, not when that specific municipality is reputed for corruption, lack of transparency and wasting of public money, de-funding of cultural institutions and human rights organizations, and, not least, censorship.

Could you please discuss the following shifts: politicization and depoliticization, de- and re-centering of the West, the art-theory interface, and mediation strategies—how could these shifts be applied in the Bucharest Biennale in the future?
All of these issues are currently addressed by state or independent institutions in Bucharest. Despite the chronic underfunding, there are numerous organizations that are proposing exhibitions, lecture series, educational programmes, serious publications, direct activist and political actions—they are producing contemporary art and discussing its contexts at the same time; they are doing reading groups for key theoretical and political texts, and they are commissioning new texts of local authors; they work interdisciplinary; they meet each other and try to build on the others’ work as well; they try alliances outside of the Western centers, yet they are incessantly sharing their knowledge with Western colleagues, etc. The only thing they are missing is structural funding that can take them out of the state of permanent precarity and can make the results of their work more visible.

In addition to the institutions that try to operate throughout the year, there are a number of yearly festivals, some of them international, which have grown in size and reputation over the years—film, dance, theatre, performative work, literature festivals—which keep the city alive and give it substance.

Where is the Bucharest Biennale in this landscape? Where would it like to be? Where I see it could have some effect: if every two years it would commission research of the local and national/regional scene and present/produce new works by artists; if it paid decent fees to curators and art historians for this specific research and to artists for these new works; if it employed people to work for it at decent wages, and if it didn’t work with volunteers; if it tried to work with new venues in the city for each edition, other than the ones everyone uses—this is even more critical in a city where there are very few spaces for culture and so many empty buildings (and no, billboards are not real venues, at least not in a city oversaturated with advertising). And, one more point: if, without self-colonizing or self-exoticization gestures, without PR stunts, it could bring international public and attention, raising people’s curiosity, making them take the trip to Bucharest, not for the prosecco at the opening but for the actual encounters with the local scene here.

Which curatorial formats are necessary to propose a space of radical democracy? How could the BB be a platform for the urgencies of the Bucharest art scene?
Democracy is a pretty radical format in itself, submitted as it is today to all forms of authoritarian rules and neo-fascist forms of control and repression. One needs to get more radical than that, and the space of art is free enough (still) to offer itself as a platform to exercise at least the imagination of these future—more emancipatory—forms of coexisting with each other in society.

But in order to do so, such a platform should not be concerned with its formats: a simple painting exhibition in a peripheral town can be more relevant than the most tech-savvy display in an international biennial. It should be concerned with its time and timing, its motives and groundings, and not least with its ethics: does it speak about climate catastrophe from a plastic box? Does it speak about homelessness from a palace? How much does it pay its employees when it speaks about labor issues? And so on. It’s not formats we have to discuss but the ethical parameters that define our work and our institutions. 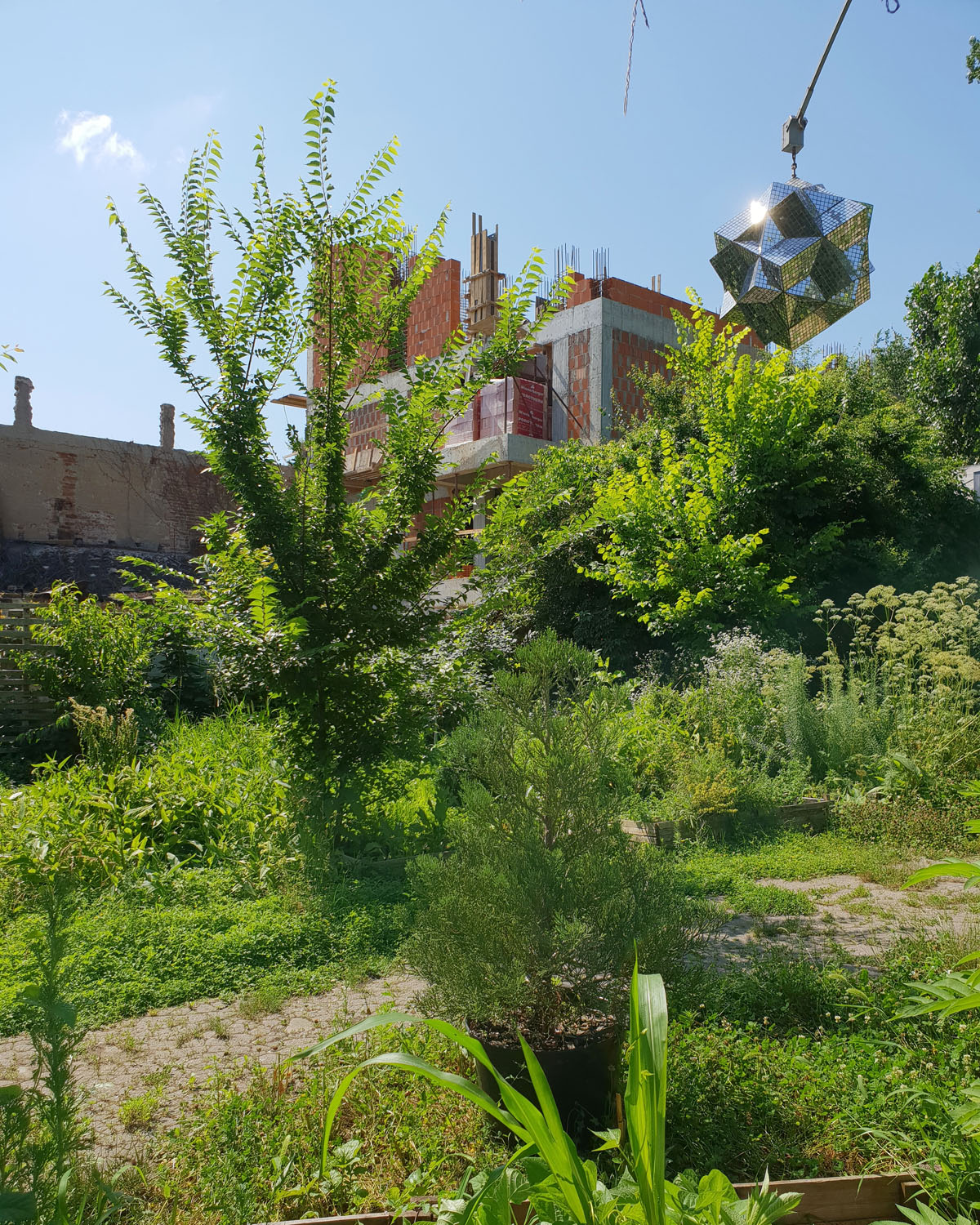 Raluca Voinea is curator and art critic, based in Bucharest. Since 2012 she is co-director of tranzit.ro Association. From 2012 to 2019 she managed tranzit.ro space in Bucharest, which included an art gallery, a communitarian permaculture garden and an Orangery (a space for hosting fragile plants and ideas), all developed organically and in response to both the local context and to more international frameworks. The institution will relocate to another space in 2020.

Since 2008 she is co-editor of IDEA arts + society magazine and since 2012 the coordinator of the (Expozitii) collection published by IDEA Publishing House. In 2013 Raluca Voinea was the curator of the Romanian Pavilion at the 55th Venice Biennale with the project An Immaterial Retrospective of the Venice Biennale by artists Alexandra Pirici and Manuel Pelmuş.