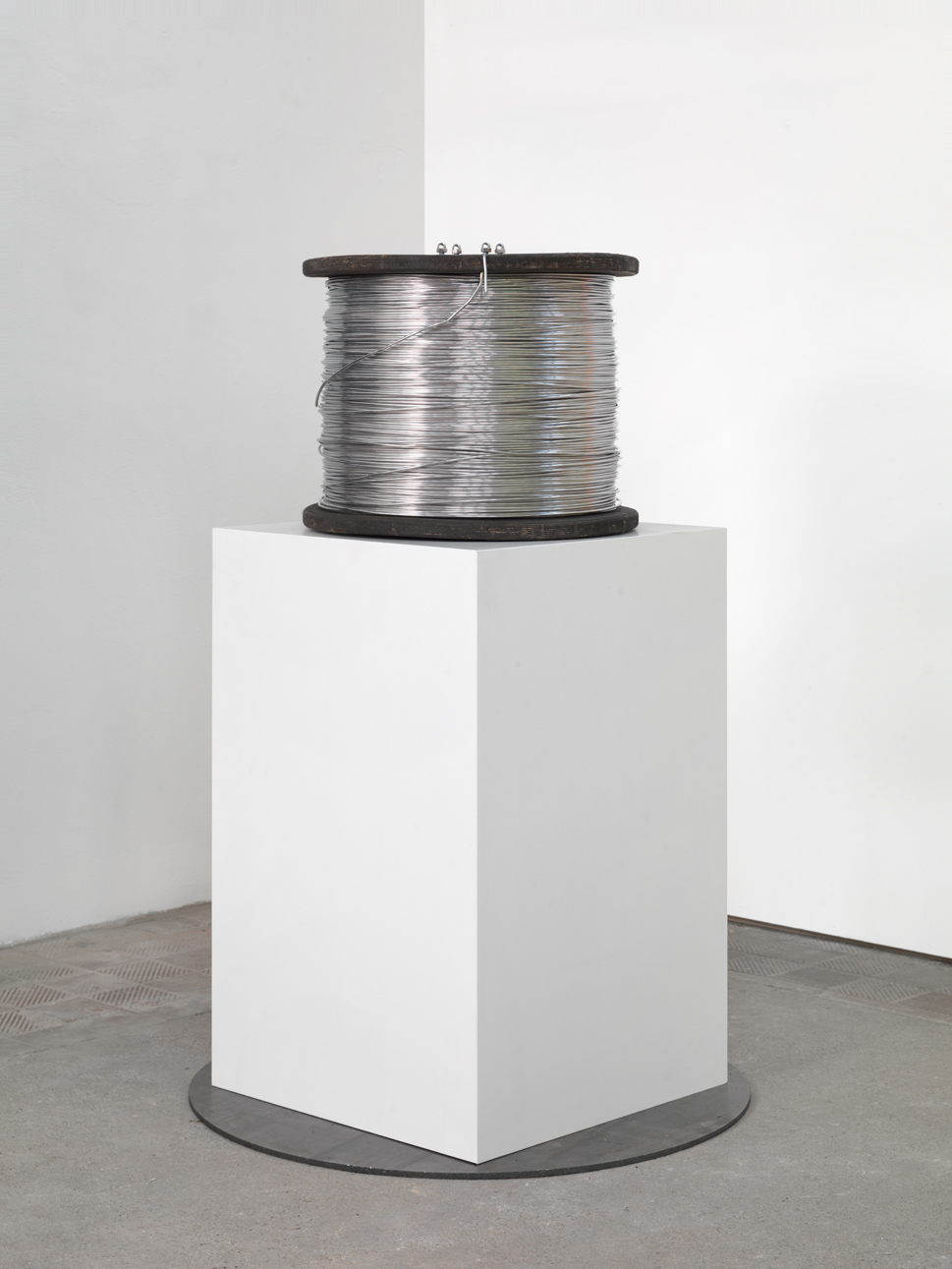 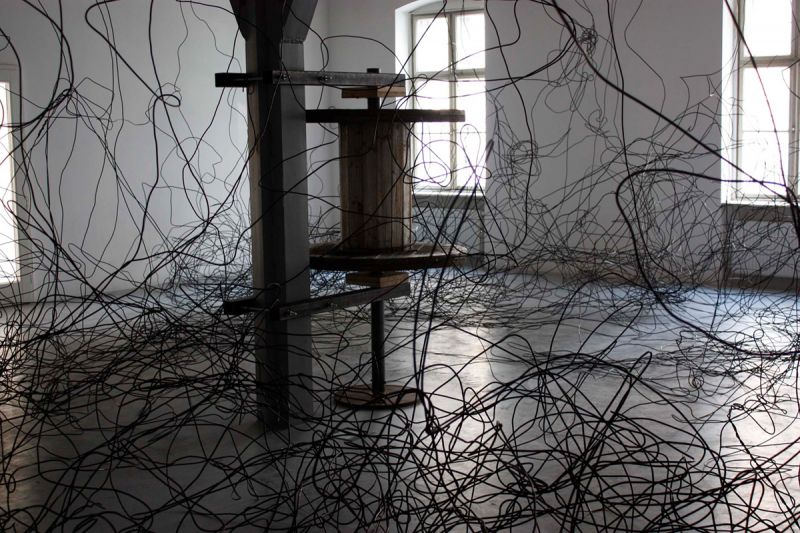 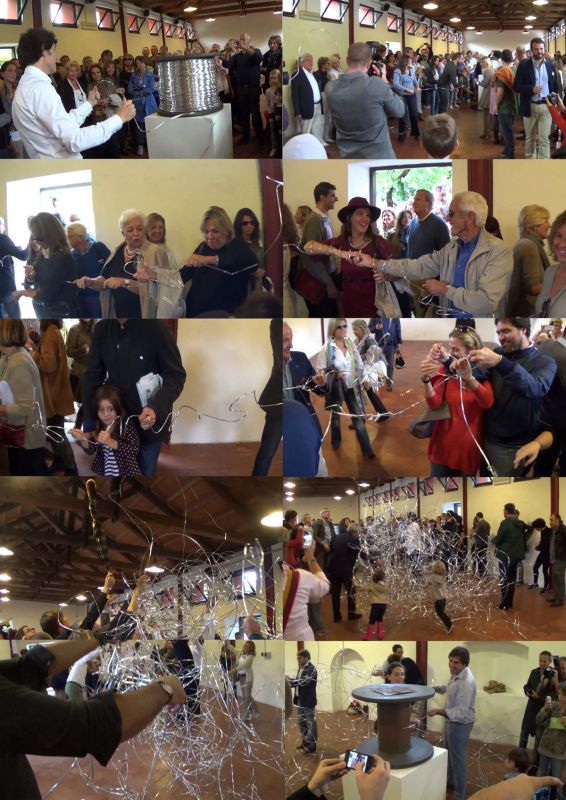 At the opening of the exhibition, a spool of wire over two kilometers long was unrolled by the artist and visitors to the exhibition. The wire was soft and showed signs of interaction with visitors. After the opening, it could be deformed further. The work explores a dynamic, expansive, and haptic experience of material and at the same time permits a shared perception of consumption and its manifestation in a cultural place.

Daniel Knorr born 1968 in Bucharest, lives and works in Berlin and Hong Kong.

Daniel Knorr's conceptual, often participatory approaches repeatedly raise the issue of historical, socio-political, economic and biopolitical phenomena in the context of art. In different genres he appropriates, transfers and materializes states of past, present and future. Thus, Knorr provides equestrian statues with balaclavas (Copenhagen 2009), sets up beggar robots in museums and public spaces (Wien 2012) or constructs a smoker's cab for the showroom of a museum (Bremen 2012).

Since 2012, the wall sculptures of his series Depression Elevations have been made from casts of uneven road surfaces or other surfaces in colored, semi-transparent polyurethane. During the 14th Documenta 2017, Daniel Knorr launched White's Expiration Movement, 10 hours daily and 163 days out of the tower above Kassel, while in Athens he was commissioned as a contemporary archaeologist, placing objects left on the streets whose impressions he pressed into books in front of the Documenta audience. Daniel Knorr negotiates a wide variety of realities and relationships, equally with humor and sincerity: he lets contours fade, contour or shine through them.