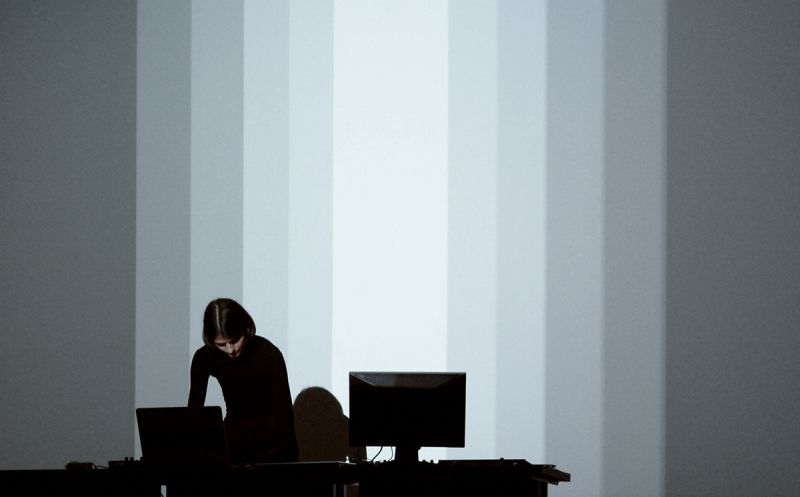 The idea behind minim’s 50 HZ is grounded in the sonic exploration of a single frequency (i.e. 50 HZ, with triangular and sinusoidal waveforms), whose initial value is altered by using different audio effects. This approach results in overlapping sound frequencies, where the generated sonic 'errors' functions to create infinitesimal experimental possibilities. This working method functions to achieve compositional variety, but, at the same time, highlights the simplicity of the repetitive beat which itself can achieve diversity through minimalist sonic techniques.

Diana Dulgheru lives and works in Bucharest, Romania. Searching for a certain purity in the particularities of the relation between sound and visual form in a postdigital context, minim develops projects in which sounds are reduced to their basic form and are used for their own sonic value. Drawing from an education involving figurative composition, minim’s means of sonic expression have evolved to utilize digital technology with a minimalist approach. In complementary artistic terms, Diana has also worked with media such as photography, installation and later audiovisual performances that explore the visualization of the sound and the aesthetic possibilities of errors generated by digital technology.