In the beginning there was: HE. Man as the measure of all things so that he may rule over the fish in the sea and the birds in the sky, over the livestock and all the wild animals, and over all the creatures that move along the ground.

He separated himself from the Greek chorus’ dancing and recitation and pronounced “I”: the birth of the tragic hero. From there he went out to conquer the world and all its inhabitants. He declared himself as “self” and everything else as “other.” He declared himself as a rational and thinking being, and on stage he recounted his adventures: conquering the savages and killing the beasts.

The monologue of the imperialist about the universal human condition was exquisite: he told us how he was created in God’s own image. HE made him a subject, an organism—a tragic Adam who was cast out of paradise because he was seduced by Eve. The protagonist shouts, he weeps, he implores, he moves the audience to tears. They see themselves in him! The applause was never-ending. The critics were raving about it.

But now! Suddenly in the middle of his performance, the face of our protagonist distorts, his words become slurry, unrecognizable, his movements that have been strong and decisive become weak and lifeless. There is a cry from afar, but it originates from his own chest. His eyes roll back into his head and there: he bursts into thousands of fragments!

His hard leather body armor has been pulverized, and he is now in the process of becoming a body without organs! The audience gasps with horror. They are made witness to this Dionysian castration process.

Our protagonist is “becoming-women, becoming-child, becoming animal, -vegetable, or -mineral; becoming-molecular of all kinds, becoming- particles.”[3] In the end, he has become imperceptible. His becoming is never-ending and never finished. The play goes on and on. Hours become days become weeks and years.

The center stage seems empty, but in the margins there is movement and giggling. Strange beings human and non-human are stirring in the wings. They slowly advance from left and right.

They speak with voices and faces that are not their own. They move with bodies that have tentacles and feelers and tails, they crawl and float and are sometimes operated by remote control. They communicate in languages we have yet to learn.

The voices on stage trample the well-known rhythm underfoot. They howl and vibrate or become intensely quiet. These beings perform an exorcism. It is the human being that is being exorcized.

The creatures place our protagonist—or what is left of him, or rather what isn’t left of him—one last time on the autopsy table to remake his anatomy.

Their dialogue sounds as follows:

– Man is sick because he is badly constructed.

– We must make up our minds to strip him bare in order to scrape off that animalcule that itches him mortally.

– God, and with god his organs.


Our Protagonist, who is no longer the protagonist, answers joyously:

For you can tie me up if you wish,
but there is nothing more useless than an organ.
When you will have made him a body without organs,
then you will have delivered him from all his automatic
reactions and restored him to his true freedom.
Then you will teach him again to dance wrong side out
as in the frenzy of dance halls
and this wrong side out will be his real place.[4]

A few psychoanalysts who are still in the dark auditorium shout: “Stop, find your self again!” but their desperate cries fade away.

The protagonist’s body has burst into a multitude of fragments. He is in the process of becoming and is no longer a “he,” but a “she” or an “it.” He or she or it has developed a body without organs. A body that has become part of everything else, be it animal or plant or robot.

Nature has taken its course, and the audience starts to realize in their delirium the dark truth: there is no separation! The body on stage has no borders because it is always already part of something else. And the spectators are forced to witness this transformative process.

Confusion is spreading: Where is the conflict of feelings? What is this strange happening on stage? Where is our hero?

More and more people are leaving the theatre. Some slam the doors in protest.

By now we have reached the scene where our protagonist has started to mingle with the other bodies, entities, beings, and forces on stage and beyond.

But our protagonist can no longer answer, nor does he desire to. Rays of light, birds, and nerve endings start bursting out of the fragmented body. No face. No mouth. No tongue. No liver. No guts.

And yet there are sounds. There is a humming and a growling. Cosmic sounds that accompany this “overcoming of man.” It is a beautiful and joyous celebration.

In the audience, people cry and shout, they want their money back. They snort with indignation: “This is outrageously ridiculous!”

The words have collapsed, not into nonsense, but into the bodies that produce and hear them.

A new dimension of the schizophrenic body, an organism without parts which operates entirely by insufflation, respiration, evaporation and fluid transmission.[5]

This body is “howling,” speaking a “language without articulation” that has more to do with the primal act of making sound than it does with communicating specific words.

Deep, pre-rational, unconscious forces are being harnessed and transformed in order to create something beautiful.

Our fragmented protagonist is growing and growing—beyond the borders of the theatre, the street, the city, the nation, the universe, and beyond.

Our protagonist who stopped being a protagonist approaches the unknowable and the unpredictable—this quest is full of surprises and suspense. He/She/It is utterly faithful to him-/her-/itself, moving through space and time: an ever-changing nomadic subject.

The boundaries and limits that this body encounters during his becoming are simply being incorporated: institutions, state borders, zones, ages, genders, death. This becomes a game—the infinite game of becoming.

No one knows when this game began, for there is no beginning and no end.

This infinite play is not restricted by time, and the rules change constantly. Our infinite actor needs to adapt to them over and over again.

It is all moving and all becoming, combinations of fluxes with different intensities. The play we are watching is about total surrender. The drama is cosmic and encompasses all life.

The play has no director, no script, no final outcome. It only has non-protagonists.

The non-protagonists change as the play continues.

Our non-protagonist body has become a multiplicity, and his polyphonic shouts can be heard echoing through the cosmic space.

Meanwhile on stage, the machines and the creatures have started to move to Stravinsky’s Sacre du Printemps. Like ballet dancers, they sway across the stage, sprinkling white powder from ground-up bones, used as fertilizer, on stage. There are many ritual gestures to which we have no key. Their movements coordinate with the underlying dynamics of the cosmic order and nature. The mechanical dancers become vessels of latent powers. Hallucination and fear. A Dionysian dance of animated hieroglyphs.

The sound becomes unbearable. Moaning and crying and laughter

breaking through language in order to touch life—this is what they call reality.

Slowly with great effort we can make out some words, the creatures arewhispering to the audience:

Find your body without organs. Find out how to make it. It's a question of life and death, youth and old age, sad­ness and joy. It is where everything is played out.[6]

When all is done, a group of human beings in white protection suits enter and clear the stage. Only four people applaud.


The human face
is an empty power,
a field of death...
...after countless thousands of years that the human face has spoken
and breathed,
one still has the impression
that it hasn’t even begun to
say what it is and what it knows...[7] 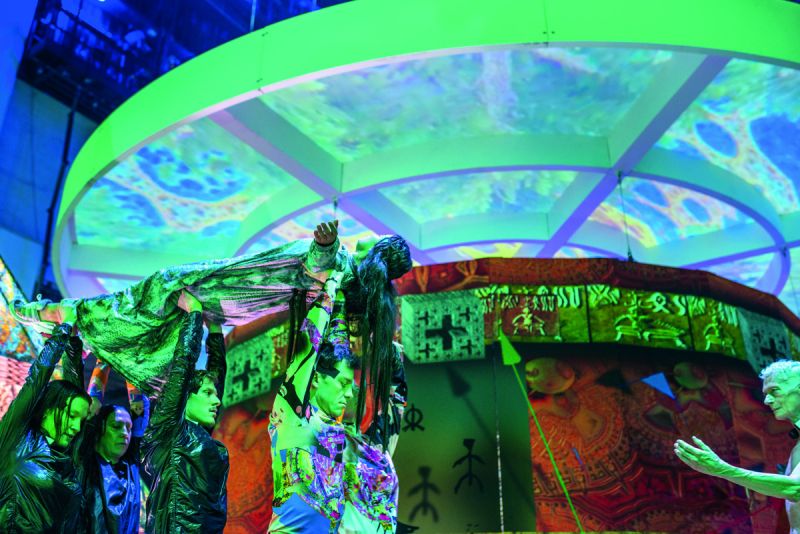 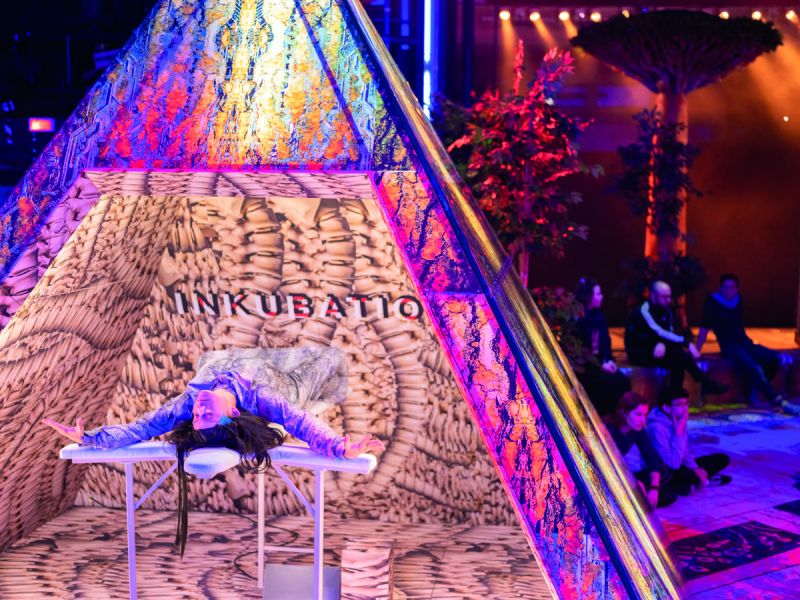 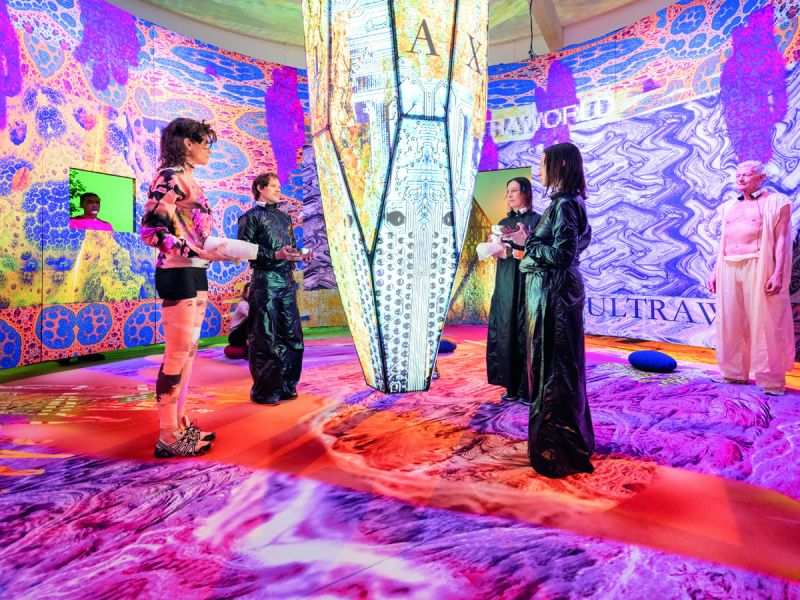 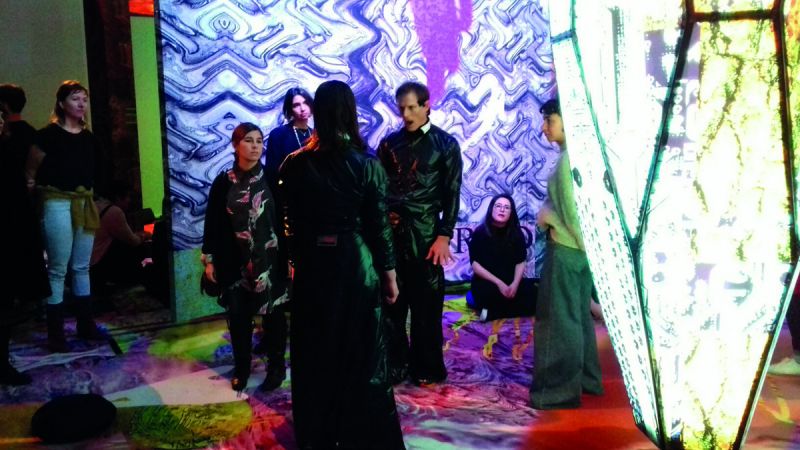 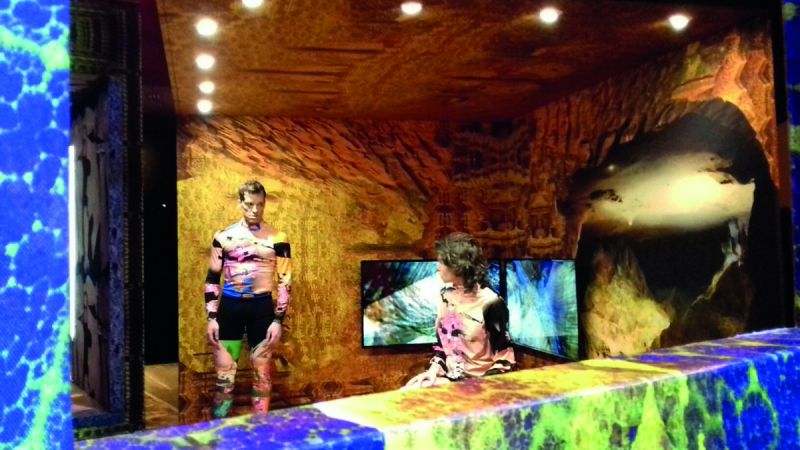 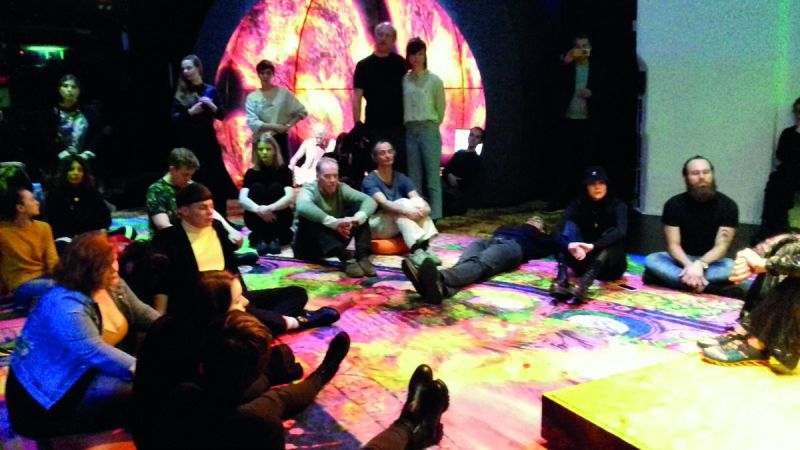 The director Susanne Kennedy reacts to the new balance of power between bodies, technical objects and machines with an aesthetic beyond man. Alienated by masks, play-back dialogues, doubles and multimedia, the actors confront the audience with a posthumanistic subjectivity. Born in 1977 in Friedrichshafen, Susanne Kennedy studied directing at the Hogeschool voor de Kunsten in Amsterdam. In 2017, with Women in Trouble, she will be releasing her first world premiere at the Volksbühne Berlin - a hyper-realistic reproduction cabinet that investigates the new balance of power between nature, living beings, culture and technology. 2019 follows Coming Society, an installative performance, conceived and realized together with Markus Selg, in which the audience becomes the actor of an evolution game around the question of the future form of community.

[7] Antonin Artaud, (written for a presentation of his Portraits and Drawings at the Galerie Pierre, July 4-20, 1947)