Triple Canopy What Would an HIV Doula Do?

In October of 2018 members of What Would an HIV Doula Do? and editors working with Triple Canopy created an event in which community members were invited to engage in conversation around a question: What Would an HIV-Informed Cultural Worker Do? The twenty-one questions that appear below are a result of that event. A designed version of this text was created by Triple Canopy and distributed on their website. 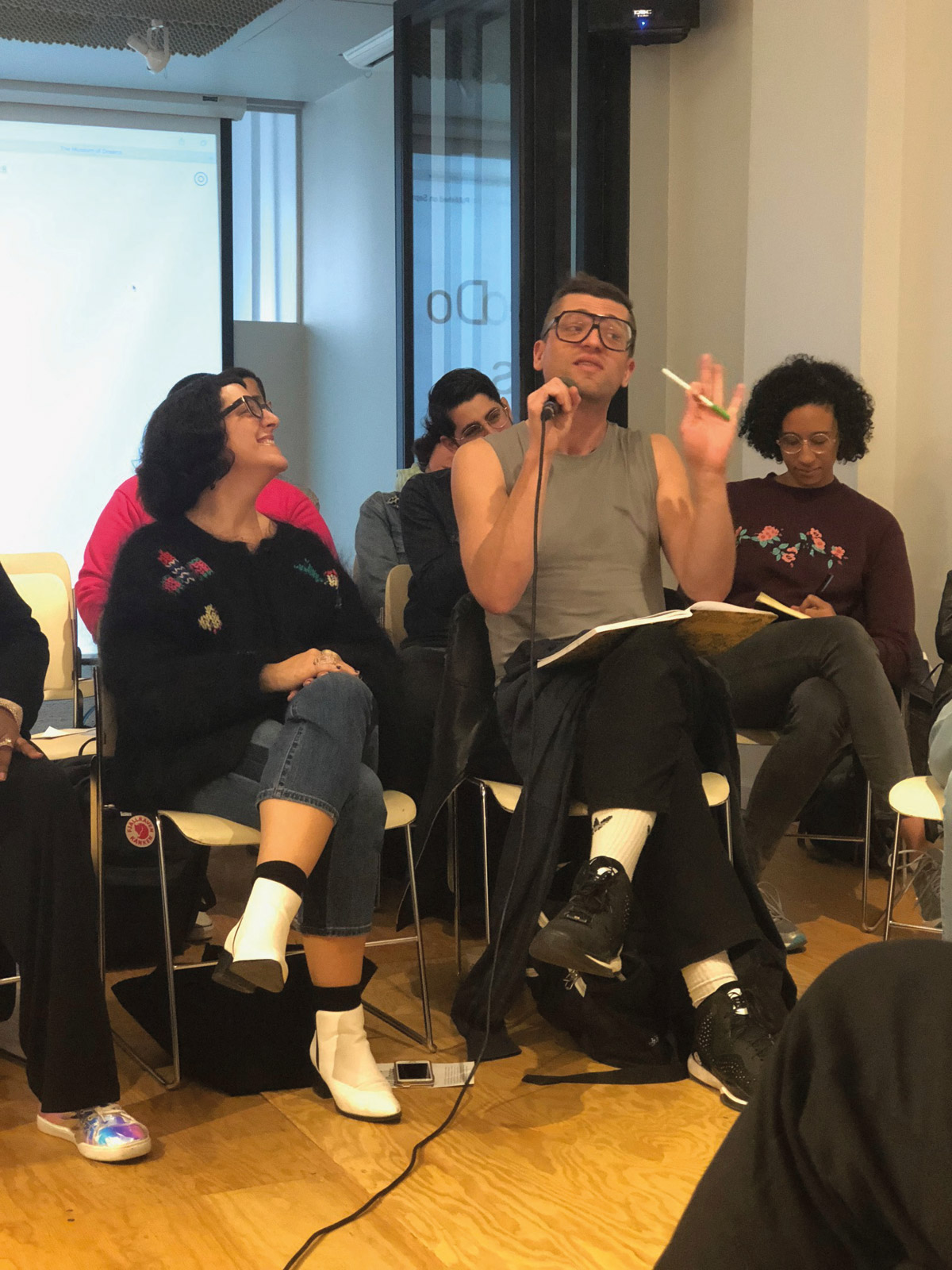 Chris Jennings, What Would an HIV-Informed Cultural Worker Do?, 2018. Courtesy of the artist.

In recent years, there has been a resurgence in the creation and dissemination of AIDS-related culture. Vital testimony, memories, tactics, and artifacts, previously in danger of being lost to history, have been shared and preserved; cross-generational dialogue has flourished; and many people who have died with HIV/AIDS have been memorialized. However, there have been problems: gaps in the information being shared and biases around who is being remembered persist within this transmission of history. Artists, curators, and cultural institutions have been put on notice by activists for white-washing the plague, being overly gay-centric, focusing too much on North American coastal metropoles, and ignoring the present by treating the crisis as if it is not ongoing.

In order to think through the current landscape of HIV/AIDS-related art and cultural production, Triple Canopy and What Would an HIV Doula Do? hosted an open conversation on October 14, 2018 entitled “What Would an HIV-Informed Cultural Worker Do?”

The conversation was part of How We Do Illness, a day-long symposium that considered how personal narratives shape public perceptions of sickness, and how cultural workers and institutions contribute to the ongoing response to HIV/AIDS. The title was borrowed from the writer Lisa Diedrich, who reminds us that “illness and how we do illness is political.” The symposium was part of Risk Pool, an issue of Triple Canopy that asks: How are sickness and wellness defined, and by whom? What are the effects of these definitions, these acts of naming and describing?

Forty artists, administrators, critics, curators, and individuals living with and impacted by HIV/AIDS gathered to share their insights, frustrations, tactics, and experiences with making, seeing, and contemplating AIDS-related culture.

Below is a non-exhaustive series of questions (posing both individual and collective concerns) inspired by the event. These questions are meant to be provocations, and are not put forward with the implication that there are singularly correct answers to any one of them. Hopefully, these can be read as a litany of queries from which a practice of reflection might emerge. And with it, an exhortation to make the best work possible about the intersectional legacy and lived reality of the ongoing response to HIV/AIDS.


1.    Are you living with HIV?
2.    As cultural producers working on HIV/AIDS, how do we engage with the fact that we are participating in the creation of history?
3.    Who are your people? Who are the artists, activists, friends, and lovers that act as both source and recipient of your power, energy, and insight?
4.    How do you define inclusion? What does community mean to you?
5.    How are we including the ongoingness of HIV/AIDS in our work?
6.    How do we best honor the labor of activists, makers, and other people living with HIV?
7.    How do sex and drugs figure into current representations of HIV/AIDS? What about: faith, networks of care, and the economy?
8.    How do gender, race, class, sexuality, religion, geography, poverty, disability, and other factors of who we are, how we live, and how we are perceived impact how we understand and broad-cast HIV/AIDS?
9.    What is at risk for you, personally, in creating AIDS-related culture? For the audience?
10.    How do we make it clear that any expression of AIDS-related culture is just a sliver of a sliver of larger conversations about HIV/AIDS?
11.    How do we factor in the politics of our collaborators and partners?
12.    How might we unpack the ways in which the state has factored into our own understanding of the virus?
13.    How do we account for the ways in which HIV/AIDS keeps all of our bodies entangled and vulnerable?
14.    How are we relating HIV/AIDS to other illnesses and social conditions? How, if at all, are we educating on HIV/AIDS in relation to other illnesses and social conditions?
15.    How does our AIDS-related work relate to the people who were diagnosed today? Last year? Last century?
16.    What do we consider an AIDS-related archive to be?
17.    Is the cultural production of HIV/AIDS-related content a form of activism? Is it always?
18.    What are ways in which we can learn, reclaim, and signify loss? Not just of people, but also of ideas, tactics, ways of being, and experiences of living?
19.    How can we keep the physicalness of bodies–such as aging with illness–at the forefront of our theorizing and intellectualizing about AIDS-related cultural production?
20.    How are we pushing back against the fact that people living with HIV are often positioned as the content of AIDS-related culture but are less frequently shown as the producers of, or even the audience for, that culture?
21.    How do we seek out the perspectives and experiences of people and communities living with and impacted by HIV/AIDS who may not already be part of the conversation?

What Would the HIV Doula Do? is a collective of artists, activist, academics, chaplains, doulas, health care practitioners, nurses, filmmakers, AIDS Service Organization employees, dancers, community educators, and others from across the movement joined in response to the ongoing AIDS Crisis. We understand a doula as someone in the community who holds space for others during times of transition. For us, HIV is a series of transitions in someone’s life that does not start with being tested or getting a diagnosis, nor end with treatment or death. Foundational to our process is asking questions.

Triple Canopy is a magazine based in New York. Since 2007, Triple Canopy has advanced a model for publication that encompasses digital works of art and literature, public conversations, exhibitions, and books. This model hinges on the development of publishing systems that incorporate networked forms of production and circulation. Working closely with artists, writers, technologists, and designers, Triple Canopy produces projects that demand considered reading and viewing. Triple Canopy resists the atomization of culture and, through sustained inquiry and creative research, strives to enrich the public sphere. Triple Canopy is a nonprofit 501(c)(3) organization and has been certified by W.A.G.E.