Threaded through out the document are references to the grounding breaking work of Crenshaw; “Getting to Zero,” a once popular slogan / goal within the AIDS response echoing the UNAIDS vision of achieving “Zero new HIV infections. Zero discrimination. Zero AIDS-related deaths” ; and the death of Michael Brown. At the time of the document’s writing, many communities were  early in the process of dealing with the news that the St. Louis County Grand Jury decided to return no bill of indictment against Officer Wilson in the shooting death of Brown, after what Professors Jeffrey Fagan and Bernard E. Harcourt from Columbia Law School referred to as very unusual proceedings leading up to the decision.

Five years since its publication, Crenshaw’s words are as present as ever, Getting to Zero rhetoric has largely been retired, Black Lives Matter activism remains strong, and AIDS-aware communities have galvanized around, Intersectionality, HIV Justice, and the Future of Our Movement, ensuring that HIV is part of this historical moment of resistance. The document drags forward powerful paradigms and tactics from the far away and recent past, in pursuit of a just present and future. 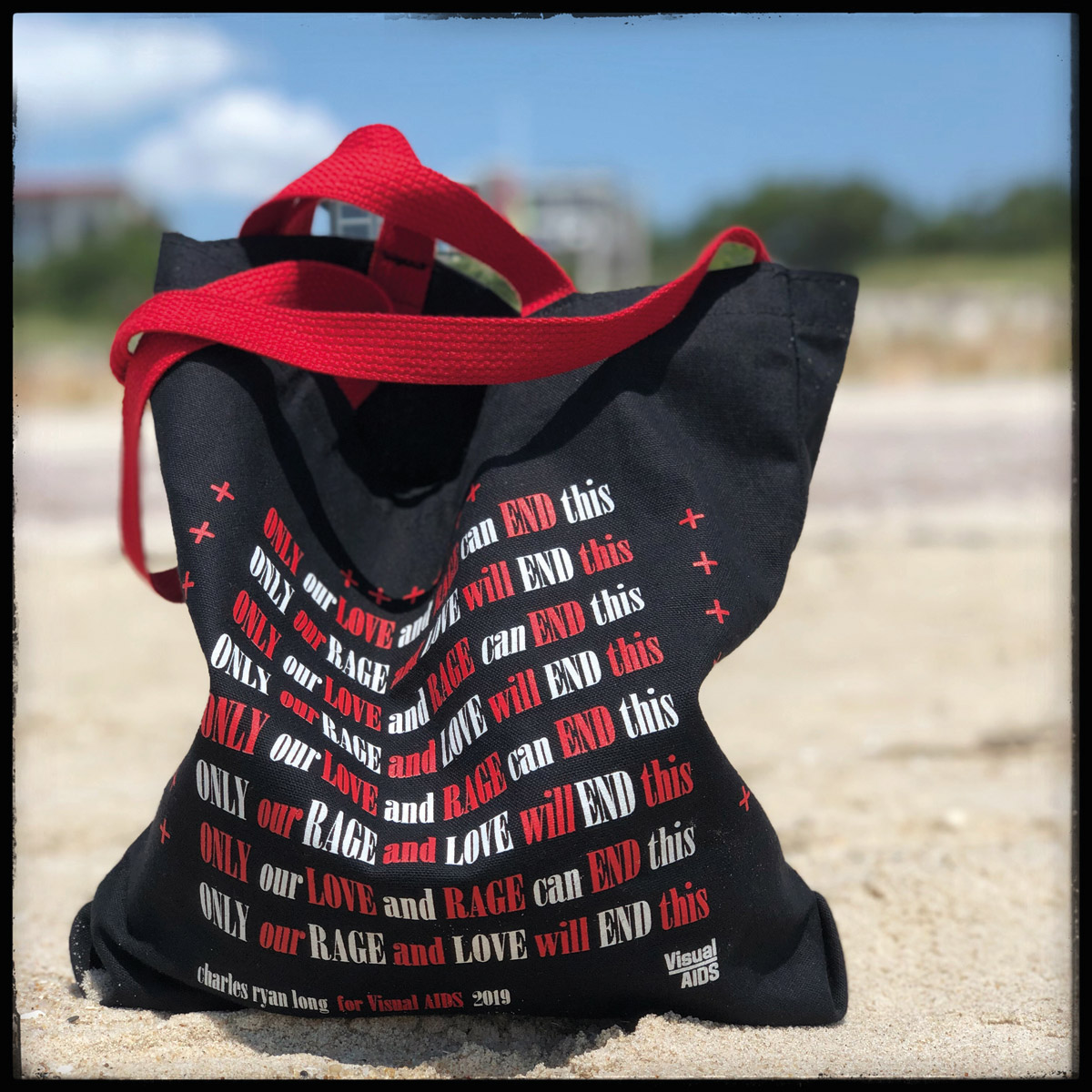 “If we aren’t intersectional, some of us, the most vulnerable, are going to fall through the cracks.” – Kimberlé Williams Crenshaw

HIV thrives in conditions of structural inequity – where the workings of poverty, patriarchy, and other overlapping systems of injustice render community members vulnerable to acquiring HIV. Who is “most vulnerable” and who “falls through the cracks” is not static. We do not all experience these vulnerabilities in exactly the same way. However, the differences in our experiences – the learning edges of power and oppression, privilege and vulnerability – can, for our extraordinarily diverse HIV community, be sources of strength themselves.

Who We Are
We stand together as a group of HIV activists of color. We are Black lesbians. We are Black gay men. We are heterosexual. We are immigrants and descendants of immigrants. We are people living with HIV and people whose lives have been touched by HIV. We are people of transgender experience and non-transgender experience. We are multigenerational, in age as well as HIV movement engagement. We are impacted by trauma in many different and complex ways. We experience intersectional stigmas. We are survivors of a range of health conditions and inequities. We share a vision of social justice and freedom for the communities we serve. In light of the continued impact of the HIV epidemic coupled with, and fueled by, pervasive structural violence facing our communities, this World AIDS Day we call for redefining the path ahead.

Origins and Herstories
There are many origins, histories and herstories, genealogies and legacies, that inform and enrich our current HIV activism work. Here we uplift the vision of intersectionality, as articulated by legal scholar and activist Kimberlé Williams Crenshaw and other feminists of color. This frame holds immense potential to build power among our communities and stimulate inclusive visions of liberation, recognizing that a single-issue approach will fail us all.

The Current Landscape
We are encouraged by advances in HIV treatment, prevention, and policy, representative of the scientific innovations that have rejuvenated the field and the advocacy of many of our colleagues. However, we know from experience that vulnerable communities seldom benefit simply from scientific advances.

To that end, we are calling for a centralization and integration of intersectionality in the HIV community, as both a lens and a practice, to guide our efforts and inform our vision. As we write this statement, the appalling and sadly unsurprising verdict in the case of Michael Brown – an unarmed black teenager gunned down by a cop who a grand jury decided last week will not be indicted for this heinous murder – is fresh in the national consciousness. Calls on the streets and on social media that #BlackLivesMatter echo the charges of the most enduring HIV activism: to address structural drivers of the epidemic and of disparities in health outcomes; to promote human rights for people living with and affected by HIV; to assert that our lives matter.

But that assertion cannot stop short of recognizing that those lives may include being unstably housed, or parenting children not biologically their own, or grappling with the effects of lifetime trauma, or with the criminal injustice system – or a host of other conditions that impact our lives and our advocacy. Our whole lives matter, all at once, and must be addressed with holistic advocacy grounded in an intersectional approach.

Unpacking Intersectionality
Intersectionality begins with the idea that interlocking systems of oppression – for instance, racism, sexism, classism, heterosexism, xenophobia, stigma, transphobia, and state-sanctioned violence in the form of militarism, policing, and criminalization – can be experienced simultaneously based on a person’s or group’s complex categories of identity. This has significant implications for the HIV community, since many of us who are vulnerable to HIV also experience multiple oppressions. Experiences with intersecting oppressions differ across communities and between individuals; these different experiences of oppressions matter.

Power and Privilege
We all come from different experiences of privilege and oppression. Our privilege is less visible when we’re also part of communities that have experienced oppression. For example, a white gay man living with HIV may experience and resist oppression due to his sexual expression and HIV status, while his race and gender privilege remain unaddressed. An undocumented woman of color from a low-income background may experience classism, racism, sexism, and xenophobia, and yet be privileged in many spaces by her identity as a non-transgender woman.

We must commit and be willing to take the risk of exposing and complicating privilege: privilege associated with race, gender, class, sexual orientation, non-transgender experience, and so forth. “Cracks,” like those mentioned in the opening of this piece, are allowed to open when we fail to address how our efforts may privilege some individuals in our communities while leaving others behind. Such tactics are toxic to our work.

The framework of intersectionality comes from an understanding that power, privilege, identity, and oppression are intimately linked and cannot be segmented from each other. The fear, ignorance, othering, and complacency that allow for the mass devaluing of so many of our lives endanger all our intersecting communities. We cannot simply draw from narratives of dominant power; we must seek to build a mass movement from shared intersectional narratives in an effort to challenge systems of oppression.

Consequences
If we fail to understand that the systems, structures, and institutions we are collectively fighting are far more pervasive and embedded than the HIV epidemic, we fail as leaders.  We will continue to see poor health outcomes, inequitable access across the HIV care continuum, and disparities in death rates. Our community will continue to be plagued by a false sense of victory and strategies that work against each other’s interests. We will continue to see divide-and-conquer tactics that hurt the very people we are here to serve and represent – most especially people of color, poor people, and LGBT individuals.

Ultimately, in the fight for a just and equitable world, intersectionality affords us the understanding that no one truly wins until all of us win.

Moving Forward
We are at an unprecedented moment in the history of HIV activism. As we continue to see communities of color disproportionately impacted by HIV and enduring immense structural violence from the criminal injustice system, the medical industrial complex, stigma, economic distress, and other forms of institutional and ideological assault, we also see stunning examples of movement building, collaboration, and transformation.

We are uniquely positioned to hold multiple world-views, which comes from occupying multiple social locations. We also stand to offer service providers and clinicians better tools to engage the communities they serve, to provide more effective and higher quality care. We must confront the intersectional issues faced by vulnerable communities, to build power and healing to help overcome intersecting oppressions.

Rethinking Our Approach to “Getting to Zero”
We face a historic and critical opportunity, where we can unite innovations in the scientific realm with greater inclusivity in the community realm. We can model more democratic, participatory, and inclusive models of leadership and continue to disrupt dominant notions, narratives, and practices around who gets to be valued and who doesn’t. As we have seen in Ferguson, Mo., and beyond: There is great power in communities, and resistance is alive.

Part Two of this statement will outline concrete examples of work being done in our communities, which serve as guides and inspirations for HIV organizations looking to adopt an intersectional approach. We must build upon our communities’ precious assets, including culture; wield our stories as tools and our differences as strengths; and commit fully to the occasionally uncomfortable yet invaluable work of intersectionality.

In this way, in the US, we may not only “get to zero” in the context of HIV – which we take beyond the public-health paradigm to mean zero structural inequities, zero discrimination, and zero human rights violations that block access to HIV care, treatment, and prevention. We will also build a unified, inclusive, and transformative movement for social justice.


The Counter Narrative Project builds power among black gay men and works in solidarity and coalition with all movements committed to social and racial justice.

The HIV Prevention Justice Alliance (HIV PJA) was a diverse, national human rights network at the intersection of HIV/AIDS and economic, racial and social justice. (2007-2018)

The Transgender Law Center is the largest American transgender-led civil rights organization in the United States.

Women With A Vision, Inc. (WWAV) is a community-based non-profit, founded in 1989 by a grassroots collective of African-American women in response to the spread of HIV/AIDS in communities of color.