Historical accounts of HIV/AIDS in the UK seldom look beyond the ”official” government public campaigns or the work of larger London-based organisations. Nor have the graphic output and communication strategies employed by diverse community groups, activists, and small charities during the eighties and nineties been analysed extensively.

In her 1990 AIDS Social History Programme survey, archivist Janet Foster identified twenty-eight organisations—such as Scottish AIDS Monitor, Immunity and Aled Richards Trust— that held materials relevant to the social history of AIDS.[1] However, the main content of these archives was written documentation, with few samples of visual AIDS ephemera—leaflets, posters, condom packs, postcards, and flyers, etc.[2] The majority of those organisations have now closed, merged, or restructured; their archives redistributed or destroyed. Libraries that hold the remaining collections tend to be accessed by academic researchers rather than those involved in current AIDS activism or designing new health promotion interventions, and there are few publications that show what original campaign materials actually looked like.

My own collection began because I was involved with HIV/AIDS organisations in the nineties as a volunteer graphic designer, collaborating on campaigns and producing printed matter. I was therefore initially looking for examples of good practice, but became increasingly interested in the visual language and alternative design approaches that I found. I started collecting in 1994 by writing to over 170 UK organisations requesting sample materials and devising a personal cataloguing system that also recorded print and production methods.

Retrospectively, this fit with aspects of a feminist approach to archiving—using what cultural studies academic Kate Eichhorn refers to as ”dirty” methods of collecting, i.e., contaminated by the personal involvement of the collector and not aiming for completeness or authority.[3]

“For Foucault,” writes Eichhorn, “the archive is an authorizing apparatus—a structure that determines which statements can and do act in and upon the world.”[4]

The importance of ”act” in this instance has since become the practical application and sharing of the archive. Through my website, I make my collection widely available online as a visual resource. This also provides the opportunity to compare ”official” government and health authority messages with those produced by smaller organisations.

The selection shown here illustrates how concerned communities attempted to fill local communication gaps, employing peer education methods and often working with very limited means, but with an urgent agenda and an inside understanding of their audiences. The use of the visual and verbal vernacular of their target groups resulted in often innovative and sometimes controversial designs for a health promotion context.

For example, inmates at a Scottish prison were involved in producing a harm-reduction leaflet incorporating simple cartoons and local dialect (fig. 1). This was used as an alternative to the ”official" leaflet issued by the Scottish Prison Service, which was a dense, text-heavy publication, given to a population with very low literacy levels. The Naz Project was able to show explicit content by using contemporary Indian Mughal images, which were culturally acceptable for their audience (fig. 2). GMFA published deliberately provocative imagery to differentiate themselves from more mainstream organisations when they emerged as ”Gay Men Fighting AIDS” (fig. 3). Many of these groups took a “by and for” approach[5]—prisoners, women, gay men, drug users, etc. Identifying as audience insiders, they were well placed to test and develop an appropriate visual language and tone of voice for discussing difficult issues around sexual behaviour and lifestyles.

There is no natural “home" for this type of AIDS ephemera. Items are scattered across various LGBT+ or medical archives, but information aimed at minority groups such as prisoners, drug-users, and sex workers tends not to have been preserved. Without access to these resources from the past, it becomes more difficult to both start addressing comparable situations in the future, but also to track the distance travelled in changing attitudes. With this in mind, my hope for the archive is to establish it as a reliable online source of inspiration and information. But to also connect with a wide range of activists, educators, researchers, and health professionals as a way to keep adding content and reflection. This project came about through identifying a need to locate and archive examples of design practice across all communities that were affected by HIV/AIDS in the UK, in order to examine what can be learned from their unique responses to the epidemic. 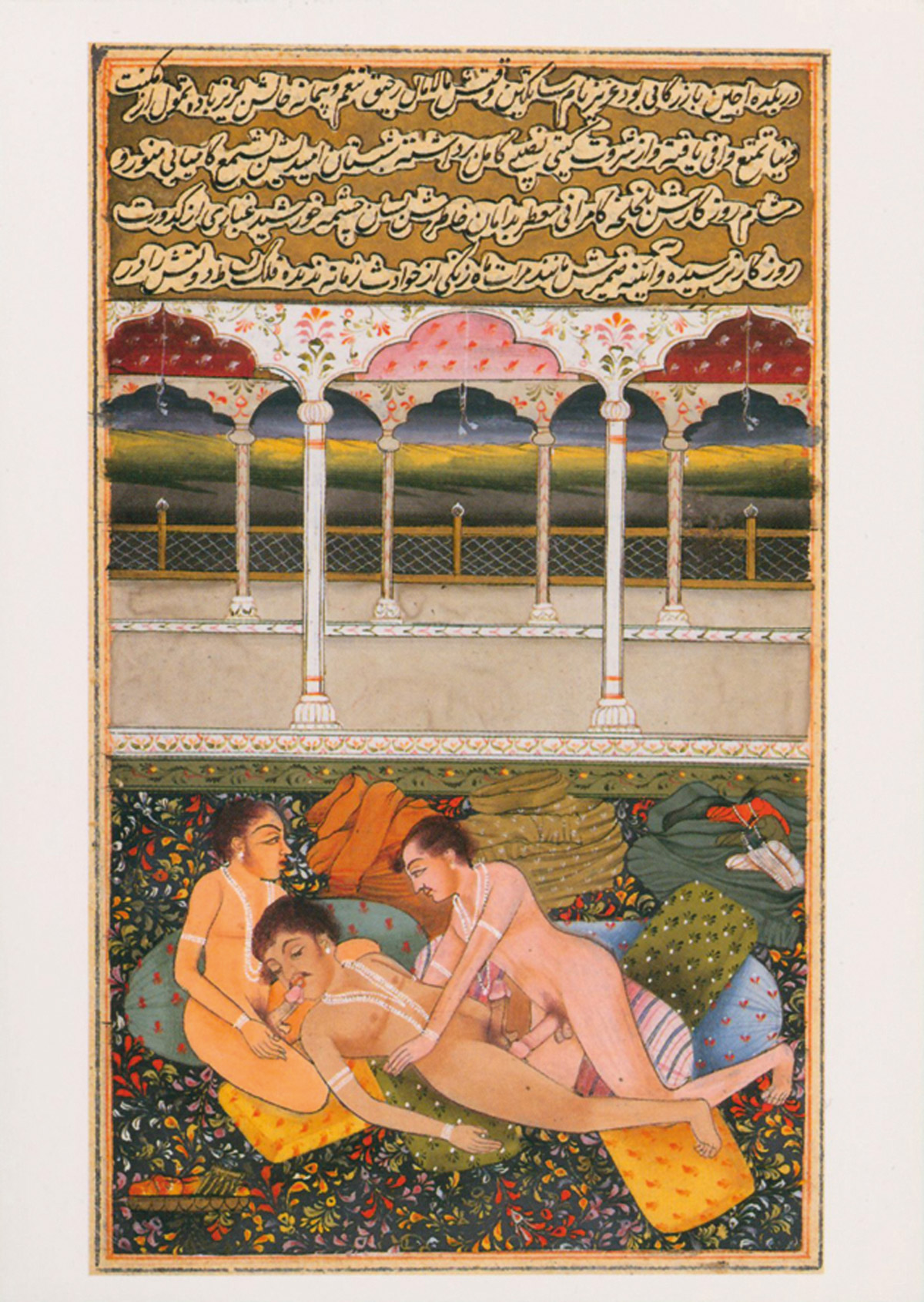 Fig 2. The Naz Project, Times Have Changed; it makes sense to use a condom, c.1995: one of an eight postcard set © The Naz Project. Reproduced with the kind permission of NAZ 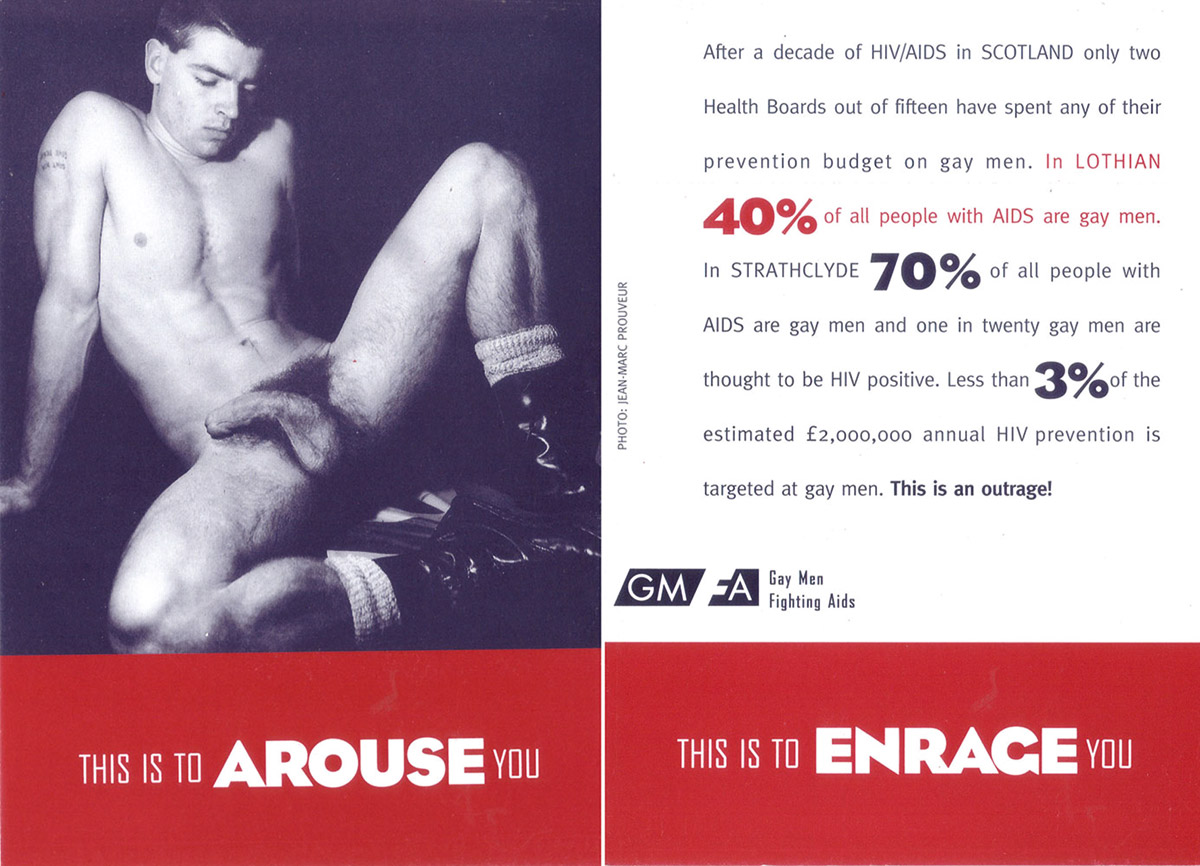 Fig. 3. GMFA, This is to Arouse You, 1994: postcard, front and back shown. Photograph by Jean-Marc Prouveur © GMFA. 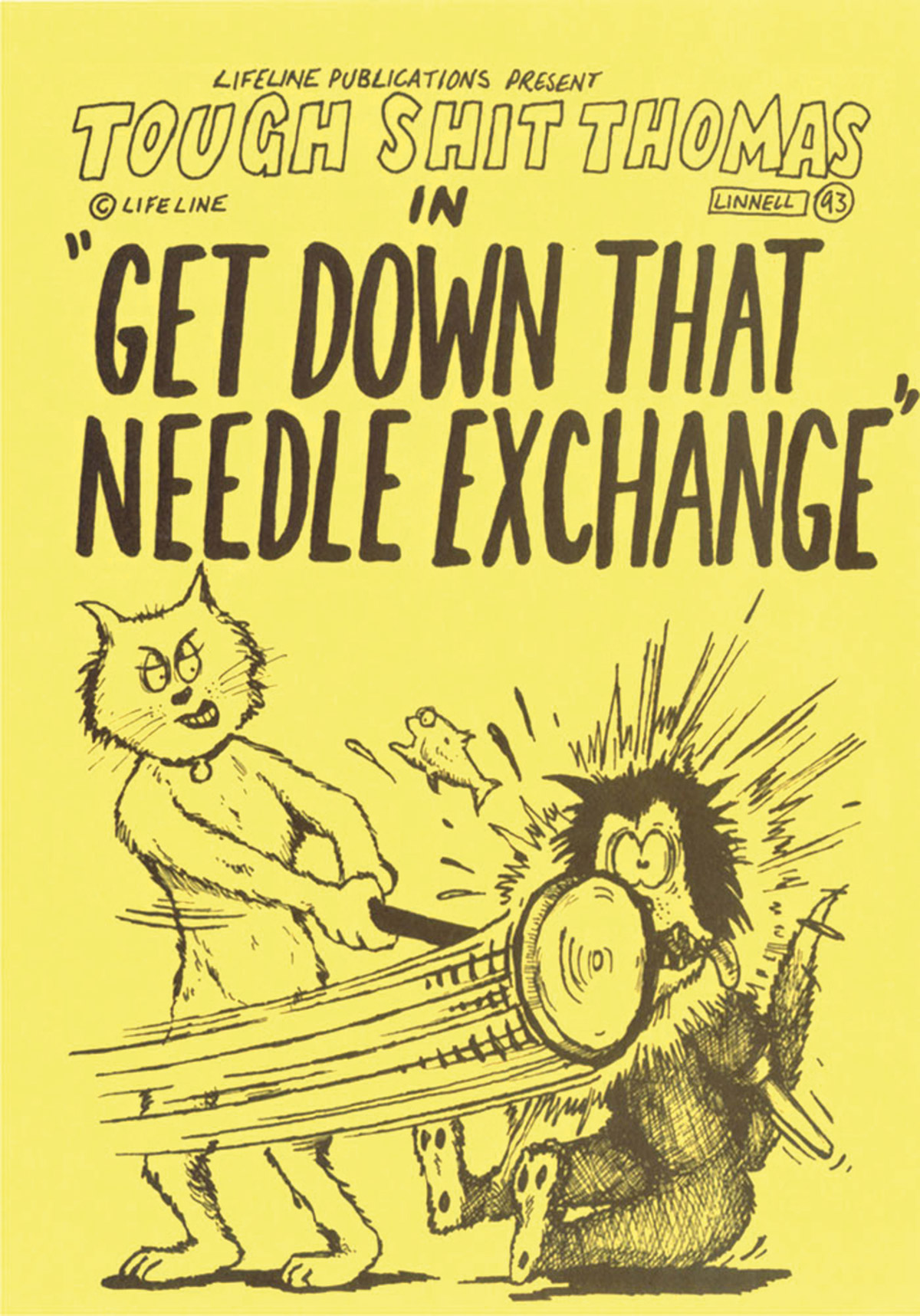 Fig 5. Lifeline, Get Down That Needle Exchange, 1993: Leaflet. Illustration by Michael Linnell © Lifeline. Image used courtesy of Michael Linnell, who also has an online archive of his drug-related work; http://michaellinnell.org.uk/archive.html 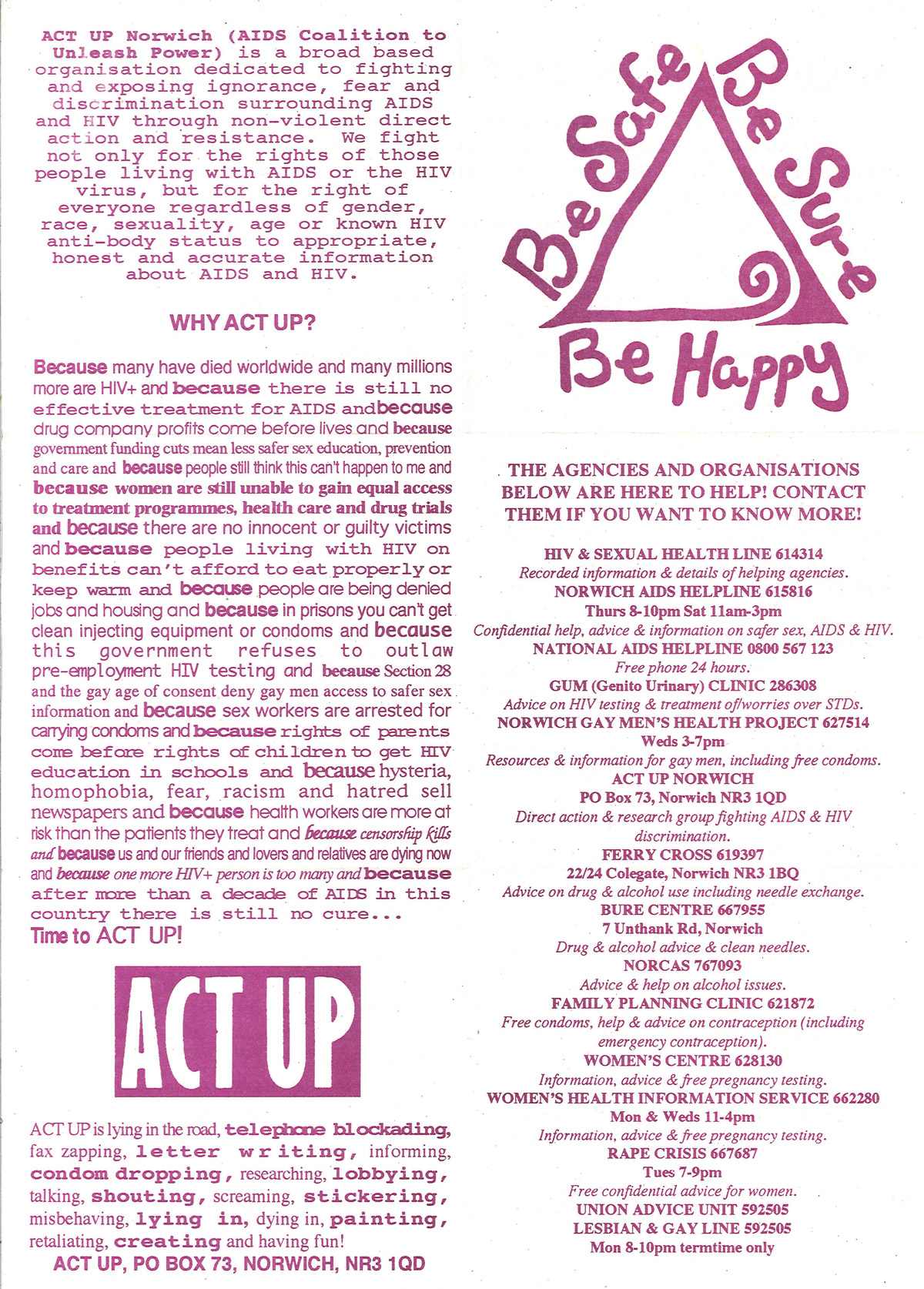 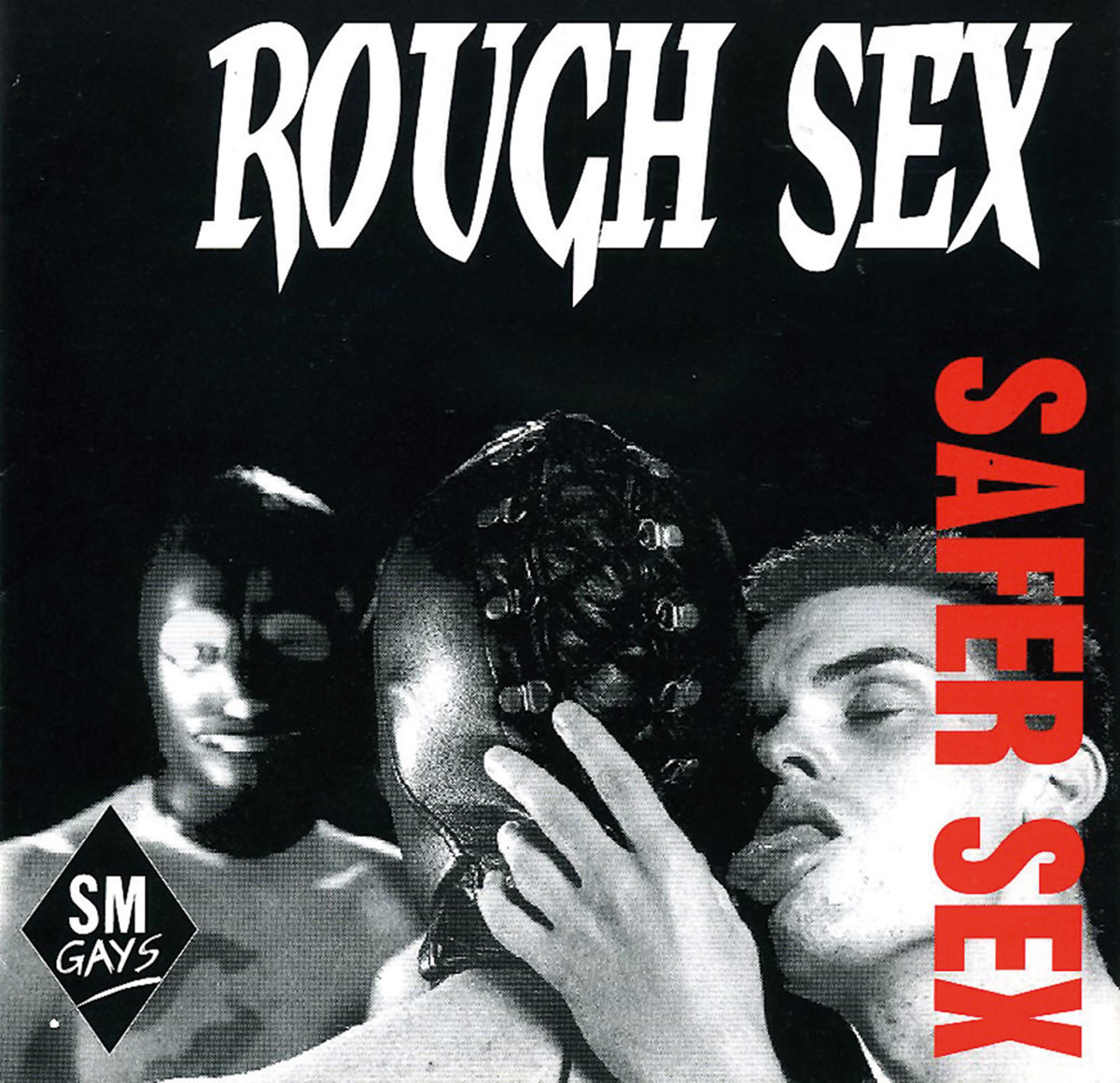 Siân Cook (MA, FRSA, FHEA) is a graphic designer and Senior Lecturer in Graphic and Media Design at London College of Communication, University of the Arts London. She has been involved with HIV/AIDS activism for 25 years and has designed for Terrence Higgins Trust, National AIDS Trust, Sigma Research, MeSH (Measurement & Surveillance of HIV Epidemics) and GMFA (the gay men’s health project) where she was also a Trustee.  Siân has built up a collection of graphic ephemera related to HIV/AIDS in the UK and is in the process of making this material available online at www.hivgraphiccommunication.com. She has given talks and authored articles about various aspects of the HIV/AIDS epidemic from a design and communication point of view. Siân has a background in design for the music industry, but has run her own design practice since 1994, working for a variety of charity and arts sector clients. She has extensive experience teaching in higher education and is also Co-Director of the Women’s Design and Research Unit.

[2]  The University of Reading, Centre for Ephemera Studies’ validation for the study of ephemera; John Johnson, “...the ephemera of today becomes the evidential data of tomorrow...,”,.accessed January 26, 2018, https://www.reading.ac.uk/typography/research/typ-researchcentres.aspx

[5] GMFA used the description, “By gay men, for gay men,” and Positively Women stated “...written for women by the experts—women” on the front of their leaflets (fig. 4).