It is the mid-1920s, and Anita Spinelli lives with the immeasurable desire and determination to paint and to do art. Living on the border of Italy in the Italian part of Switzerland, in Ticino, the young artist makes the daily journey to Milan to attend her classes at the Accademia di Belle Arti di Brera in Milan. After graduating in 1933 as one of the first Swiss female artists of the prestigious art school, she engages with the vivacious arts scene of Milan, visits several European cities including Paris and Vienna, but also goes to Africa, the United States, and to Assisi in Italy, where she lives in a monastery to study Giotto’s frescoes. Subsequently, she moves to the remote mansion of Pignora in Ticino—the place she would stay for most of her life, establishing her studio and collection. Determined to affirm her art and status in a scene dominated by men, she becomes an active member of the Society of Swiss Artists, Sculptors and Architects, and is invited to exhibit her work at the 19th and 20th Swiss National Art Exhibits of 1936 and 1941. Particularly acknowledged for her innovative modes of expression, she opens her first solo exhibition in Lausanne in 1938. After that, she is shown in personal and collective exhibitions in institutional and private spaces in Switzerland and further afield. In 2002, a permanent display of her work is created and named the "Quadreria," right next to her estate in the hills of Novazzano, in Ticino. The last major full-career retrospective is organised at the Museum of Art of Lugano in 2008. Vigorously working in her atelier every day until the very end, she passes away in 2010 at the age of 102.

Maria-Cristina Donati has been in charge of the Anita Spinelli’s legacy since 2014. Managing the art space Quadreria, she regularly mounts thematic exhibitions of the artist’s works and organises private visits and curatorial tours to perpetuate the heritage.

Camille Regli: It seems extremely important for the art collection to remain where it was created, in this beautifully remote and inspiring location on the border of Italy in the canton of Ticino. Could you tell us a bit more about the location, its meaning and why it is considered such a special place?

Maria-Cristina Donati: The location of the Quadreria on the estate where Anita Spinelli lived and worked most of her life offers a special setting for understanding and entering the artwork of the artist. It closely relates to her working process. Situated on the hills that roll out onto the Italian plain, amidst meadows and woods although not far from urban centres, it transmits a feeling of remoteness. A special quality of silence prevails here. Though attached and rooted to this place, Anita Spinelli never confined herself. Driven by intellectual curiosity and by the desire to overcome boundaries, she sojourned repeatedly in various continents. This was part of her working process and artistic research. In terms of the tension between periphery and centre, she would immerse herself in the newest urban artistic centres—let’s bear in mind that these centres have shifted over time, e.g. from Milan and Paris to New York, London, Berlin, etc.—and enter in dialogue with innovative artworks. She explored centres as much as peripheries, seeking direct encounters with other cultures, other spatialities, other rhythms and lights. It was her way of questioning the essence of the human condition.

After scrutinising the world, she always returned to her remote studio to centre herself in silence, process the information, and proceed with the artistic elaboration. Her creative process becomes a slow, almost meditative one, made of filtering and interiorisation to reach the essence of her subjects, to reveal the profound nature of the emotions and pain, unveiling the fragility of the human being. The tension between dynamism and silence takes shape. The duality between her openness to the world and the need to isolate herself reflects a self-conscious striving for independence in a male-dominated art world. It is a way for her to subtract herself from constraining structures. This act of liberation is perceivable in her art in “being able to bring up new and fresh approaches in all her developments” (Bruno Corà, Italian art curator).[1] Also expressed by art historian Kornelia Imesch, "the artist’s life-long wrestling with artistic form and truth, with human cognisance and feminine independance [in which] are bound the core existential questions, which make her oeuvre current and timeless"[2]. Indeed, in the Quadreria better than anywhere else, you might grasp the mystery of Anita Spinelli’s creativity: how did she draw the force to continuously reinvent herself, the urgency to create? 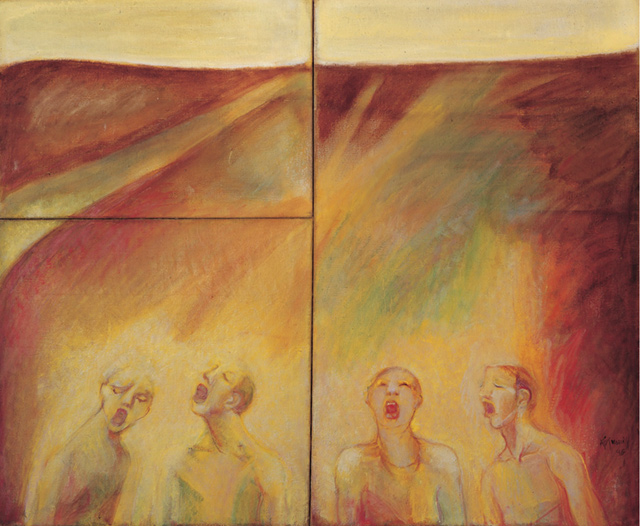 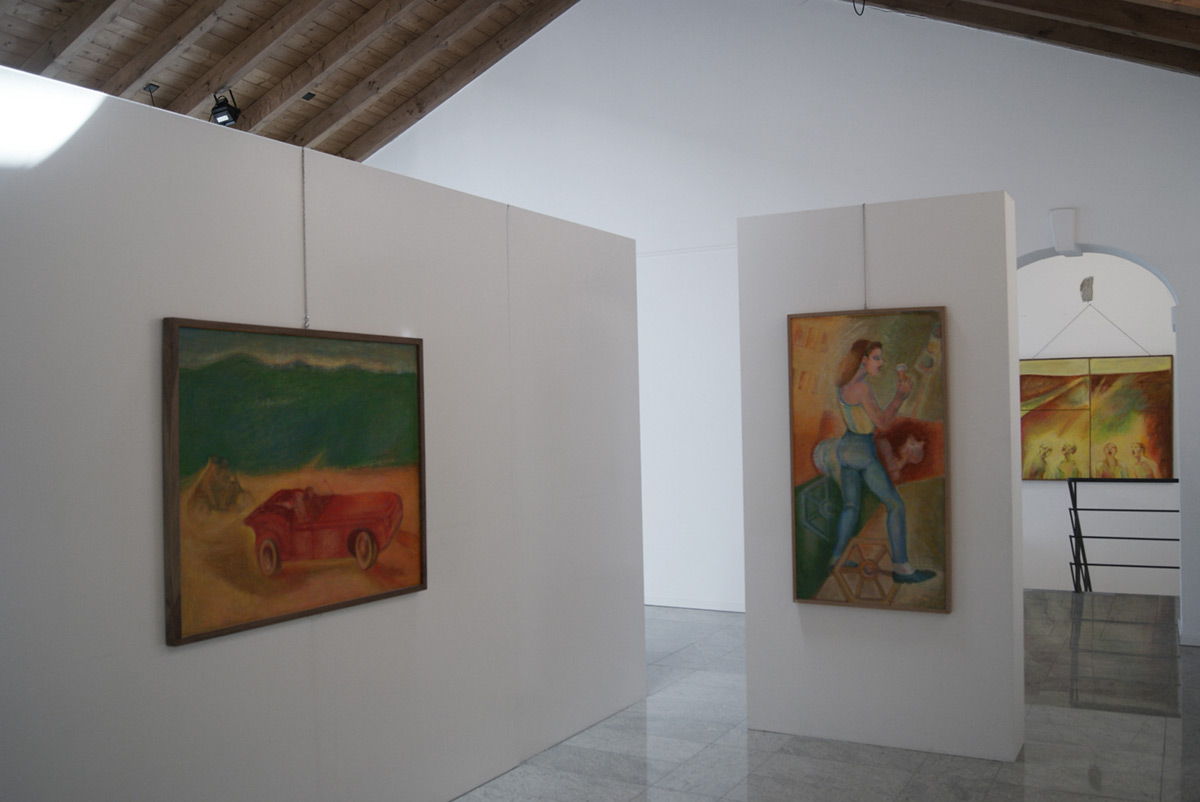 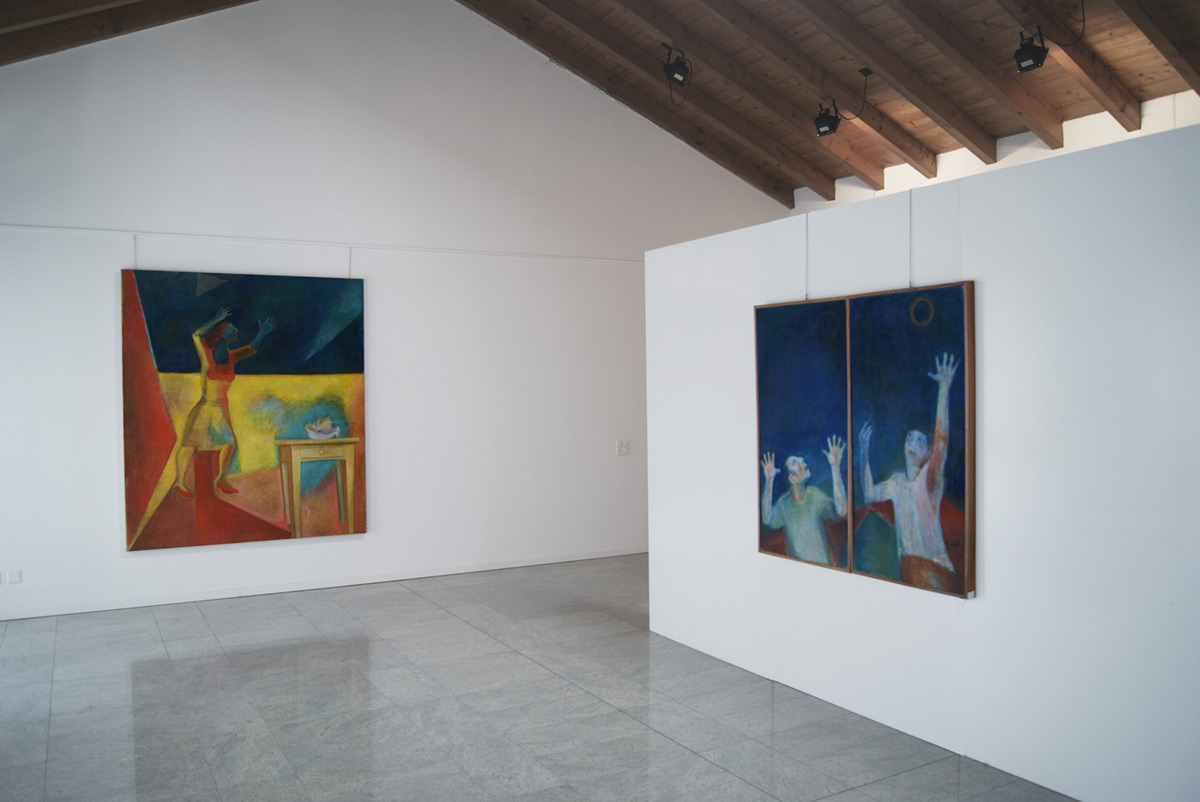 CR: This duality between an observatory and an almost ‘monastic retreat’ is indeed paramount to comprehend her art. In order to further grasp this duality, let me come back to the peripheral location of the Quadreria as it comes with its premises: on one hand, it is admirable that the collection holds such a proximity to the setting of the art and the artist’s life, on the other hand how do you handle the isolation in terms of public access and visibility?

MCD: Conceived as an art container, the Quadreria, which was created in a warehouse on the estate, draws on a representative collection of the artist’s work covering all periods and techniques, from oil painting and drawings to prints. This makes it possible to periodically organise thematic exhibitions and experiment with new hangings. Such curatorial work opens up new views and discourses, bringing new insights into the work that are fascinating.

The Quadreria opens upon request for individuals and groups. Given its remote location, it cannot rely on passers-by. Instead it relies on art aficionados, who commit to travelling to discover the artwork. You need to take the time to visit the space and to immerse yourself in the art. The visitors are mainly insiders who know about it through word-of-mouth, as well as scholars and art professionals. We have also started to organise open-door events that we communicated locally. Given the positive response and prominent attendance, we shall continue such initiatives. We realised that there is a demand, or more precisely an urge to become more open and public, and to give access to a broader audience, that until today was much more exclusive.

CR: To some extent, if we understand the ‘peripheral’ as a way to open up new cultural spaces and to get away from rigid authoritative institutional structures, there might be room to rethink the meaning of and access to art. Do you agree with this statement?

MCD: Private collections, associative or private spaces, or ad hoc initiatives offer an exceptional opportunity for art encounters outside the mainstream. They have a disruptive potential in an art world that is more and more constrained. Institutional structures have gone a long way in opening up; however, they face increasing market pressures and constraints to meet numbers, which can condition their choices. It ends up being an issue of competition and of resource allocation, of scaling. Thus, initiatives outside the institutional setting have a subversive potential in creating more diversity. It is a question of choices. Who decides what is to be seen? How to decide what to see? What they offer in cultural activities, access to art competing to gain awareness is huge; plus, the unprecedented power of globalisation and communication tools contribute to channelling our choices. Are there still general definitions of art and its meaning, or is the pertinence of the answer an individual one? To me, the answer lies in the urgency and sincerity, as well as the technical skill of a work, its originality, and what emotions or thoughts an artwork creates. Initiatives at the margin carry the potential of creating these situations, of creating surprises and discoveries. The issue is how to find them, how to create a network built on local initiatives.

CR: Do you have any plans or further intentions for the Quadreria? Do you intend to pursue collaborations with curators, artists, and local initiatives to increase knowledge about the collection?

MCD: An artwork has to travel, to be visible, and to communicate itself. So, collaborations with professionals and institutions are definitely important bridges. Equally important is the research for deepening and understanding Anita Spinelli’s work, which entails pursuing the fruitful collaboration with universities, with students, art historians, and more. Experimentation with curators but also with artists could bring new insights, create synergies, and produce unexpected results.

CR: As a matter of fact, some works of Anita Spinelli were featured in the recent exhibitions Surrealismus Schweiz at the Aargauer Kunsthaus (2018) curated by Peter Fischer and Julia Schallberger, and at the MASI in Lugano (2019) curated by Tobia Bezzola and Francesca Benini, shedding light on Swiss artists having had influences in the surrealist movements of the 20th century. Do you perceive those exchanges with bigger institutions as a way to increase awareness?

MCD: These are definitively opportunities to open the discourse of an artist and, as you point out, to enrich the narrative of an exhibition. Integrating it into a bigger institutional exhibition is also a way to de-contextualise a work and to look at what happens when it is extracted from its context. When it encounters other works, new relations are built, other dynamics are created, and another view might emerge. With regard to the wonderful exhibition Surrealism Switzerland, the experience was particularly interesting because Anita Spinelli never considered herself, nor has she ever been considered, a surrealist. Nevertheless, surrealistic traits do emerge from her work, demonstrating the impact that surrealism had on later artists’ developments.

Maria-Cristina Donati holds a BA in Political Science from the University of Lausanne and a Master of Science in Management at the MIT Sloan School of Management, Cambridge, Massachusetts. She gained working experience on international development issues with OECD and the Swiss Federal Department of Foreign Affairs before entering the financial industry, where she held managing positions in international economic research, large restructuring projects and strategic management. She is president of the medical research foundation Franco Regli. She is Anita Spinelli’s granddaughter and manages the artist’s estate and art space since 2014.

Camille Regli holds a master in cultural studies at King’s College London and a MAS in Curating at ZHdK, Zurich. She worked for the Musée de l'Elysée in Lausanne and currently works as Arts PR consultant specialising in contemporary art. She also regularly takes part in curatorial projects and curated group shows at the OnCurating Project Space (OCPS) in Zurich as well as a performance in collaboration with Zürich moves festival (2019). Her curatorial and research interests lay in the exploration of alternative narratives/storytelling in the context of immersive art exhibitions, and the subversive aesthetics associated with performance art. She is based between London and Zurich.