“The Homeric Hymn to Hermes,” from the Archaic Greek period, introduced one of the most infamous mythological tricksters, Hermes. Much like Coyote from North America or Eshu of the Yoruba people in West Africa, Hermes is part of a large group of cultural heroes who were invented by various indigenous tribes or ancient civilizations as a means to explain the enigmatic, paradoxical or nonsensical aspects of the world. A classic story by Hermes tells of him stealing Apollo’s cattle and, in order to avoid being captured, invents a series of disguises and deviations. He makes the cattle walk backwards and uses thorny sandals to blur his own tracks. Although Hermes is eventually caught, his cunning, cleverness, and overall charm amuses Apollo, who subsequently offers him the herd and a golden rod to guide them.

The scholar Lewis Hyde, in studying tricksters, describes Hermes’ act of disguising his tracks and thus leaving multiple, contextual, and ambiguous meanings as “confounded polarity.”[1] The role of the artist-trickster and the curator-trickster (though the two are often one) is crucial in our time of curatorial resistance, and the five projects that follow offer ingenious precedents to consider. After all, the trickster regularly flips difficult ideas, seeming deadends, even misfortunes, into opportunities, breaching or rupturing boundaries—institutional, financial, geopolitical—just as curators and artists do. They work on projects that at first appear physically impossible. They take funds from the prosperous (in myth, tricksters take from the gods and give to humans) and allocate them to the arts. If we consider “the curatorial,” in Maria Lind’s words, as “a way of linking objects, images, processes, people, locations, histories, and discourses in physical space […] an active catalyst, generating twists, turns, and tensions,”[2] then the very act of curating opens its sites to encounters and situations that offer the mark of the trickster.

The curator as trickster is always pressing audiences and institutions to bend further, adapt more quickly, be more subversive, slipping through the cracks of orthodoxy, imagining the curatorial as a form of shape-shifting. This work that the curator takes on embodies a notion not only of linking but of active communal reimagining of how to be a community, just as Irit Rogoff has said that “meaning is never produced in isolation or through isolating processes, but rather through intricate webs of connectedness.”[3] 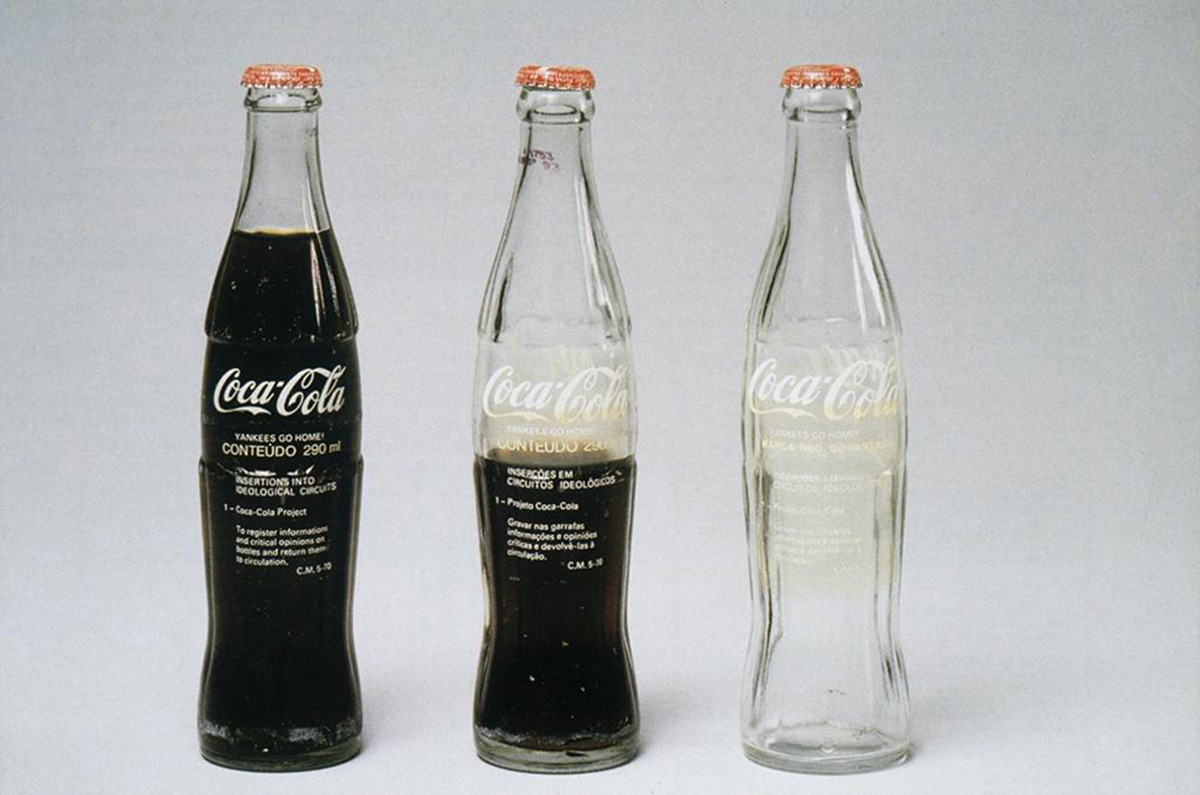 But the trickster isn’t a mere con man, as con men never revisualize the world and its connectedness in a socially productive way. (Herman Melville, in his 1857 novel, The Confidence-Man, appropriately published on April Fool’s Day, presented an antithesis to Bartleby’s weary protest of refusal in “Bartleby, the Scrivener: A Story of Wall-street,” with a group of scammers trying to out-scam each other, representing the capitalism of the day, embracing greed and corruption.)[4] Con men and tricksters may share traits such as shape-shifting, seizing contingencies and turning them into assets, telling lies, and destabilizing order, but the former employ “tricks that victimize,” while the latter deploy their tricks to constructively transform the world.[5] We can counter the political con-men in power around us by employing tricksterism ourselves, and this is precisely what these projects show us as historical lessons and future tools.

Consider, for example, the artist projects Insertions into Ideological Circuits: Coca-Cola Project (1970) by Cildo Meireles; In the Name of the Place (1995-1997) by the GALA Committee, headed by Mel Chin; and Suha Traboulsi in collaboration with Walid Raad’s ongoing work titled Postscript to the Arabic Translation. Each was created in a different geographical, sociopolitical, and historical period, and all are representative of successful institutional insertions that, either knowingly or not, embody trickster methodologies in their approach to artistic practices and curatorial thinking. To look at them again today is to make visible their useful ironies and see in their networks of collaborators strategies to deploy so that we can confront and endure our precarious present.

By 1970, when Brazilian artist Cildo Meireles first showed artifacts from his subversive broad-scale public intervention, Insertions into Ideological Circuits: Coca-Cola Project, in Kynaston McShine’s legendary Information show at New York’s Museum of Modern Art, Brazil was six years into a dictatorship that would last twenty. A few years prior, the São Paulo Bienal had introduced North American Pop Art to the country, and Meireles, though engaged by it, considered its smooth formality inimical to Brazil’s own economic and sociopolitical urgencies.[6] The aggressive brutality of the dictatorship produced nationwide censorship, and consequently an extensive artistic response developed in diverse ways. Meireles removed Coca-Cola bottles from physical circulation, etched them with phrases such as “YANKEES GO HOME!” or with instructions for turning bottles into Molotov cocktails. These bottles were slipped back into circulation, although it was always assumed they would have no effect on policy.

Yet what seems relevant to today is the very notion of inserting messages into mainstream media that shift meanings, offering alternative models for engagement, revising the very tools at hand, much as the deluge of fake news has created effective alternative realities drastically reshaping our own. Narrative techniques and revised objects and histories are apparatuses of manipulation, in Michel Foucault’s sense of the dispositif as institutional and administrative mechanisms, that offer us tactical means to manifest political resistance—new forms of curatorial action that hide their potency in plain view, or what Hyde called “confounded polarity.” 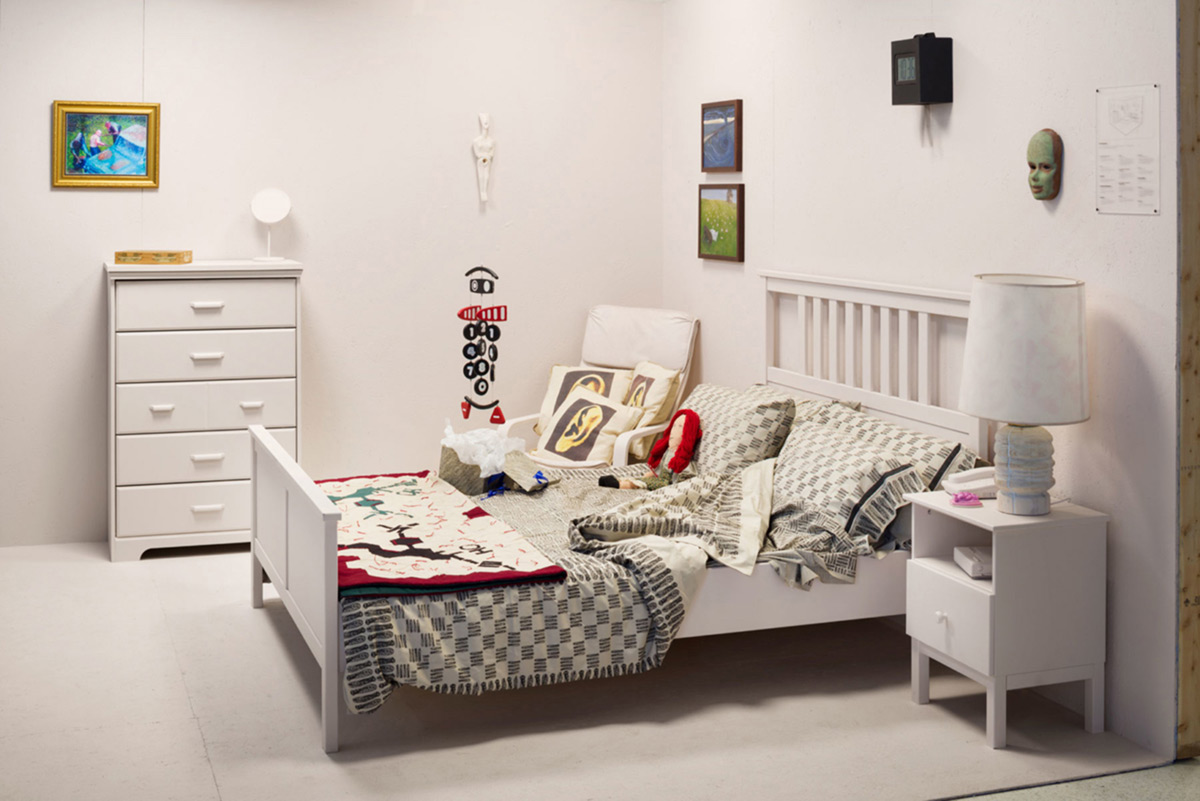 Now, let’s jump a quarter of a century ahead to the GALA Committee’s In the Name of the Place (1995-1997), a two-year, revolving project originally presented in the form of props on the 1990s TV show Melrose Place.[7] Somewhat echoing group actions by the Situationists and by Dadaists before them, the GALA Committee (short for University of Georgia, GA, and California Institute of the Arts, in Los Angeles), involved students from the universities, and later included professors, writers, and set designers, among others. Headed by artist Mel Chin, GALA inserted politically-charged work as set decorations into the prime-time soap opera viewed nationally, and indeed internationally. During those two years, they produced close to 200 objects slipped into the show, ranging from blankets, lamps, posters, alcohol bottles, and sign posts, as well as paintings and sculptures. These objects clandestinely occupying viewers’ gazes confronted the Gulf War, the Los Angeles riots, the passing of the U.S. military’s policy of “Don’t ask, don’t tell,” and NAFTA, along with lesser issues that were taboo to the Fox TV network. In one episode, for example, in which a main character becomes pregnant, the blanket she wraps herself in is embroidered with the chemical structure of RU-486, the formula of the abortion pill, while in another episode, two lovers wrap themselves in a sheet decorated with condoms.[8] Here, too, as in Meireles’s work, sly insertions into the ideological status quo make us rethink public space and what can and cannot be said in it of how we can intervene. Resistance to the mechanisms of power, presented with the trickster’s sleight of hand in plain sight, selected and on display, couldn’t be more apposite to the curatorial imagination today as it confronts the incursions of supression and violence rising around us.

And so, we come to a more recent enterprise of artistic tricksterism, Suha Traboulsi’s project Postscript to the Arabic Translation in collaboration with Walid Raad. First shown in Hong Kong in 2015, and then at the Gwangju Biennial 2016, the project is ongoing—and viewable by appointment at the Aïshti Foundation in Beirut. It consists of large wooden packing crates, the kind typically used for storing and shipping artworks, which have been painted over with copies of acclaimed works of the modern period from different regions—from Kazimir Malevic to On Kawara, Ibrahim el-Salahi to Jasper Johns. The reproductions were made by Traboulsi, a longtime artist, while she was the chief registrar of public collections for the Ministry of Culture in Beirut. A vast trove of works had been intended for a modern art museum that failed to open in Lebanon in 1975, prompting government officials to illicitly strip the collection for themselves. Traboulsi recreated the stolen works on crates as a way to make record of, and no doubt mourn, the losses. 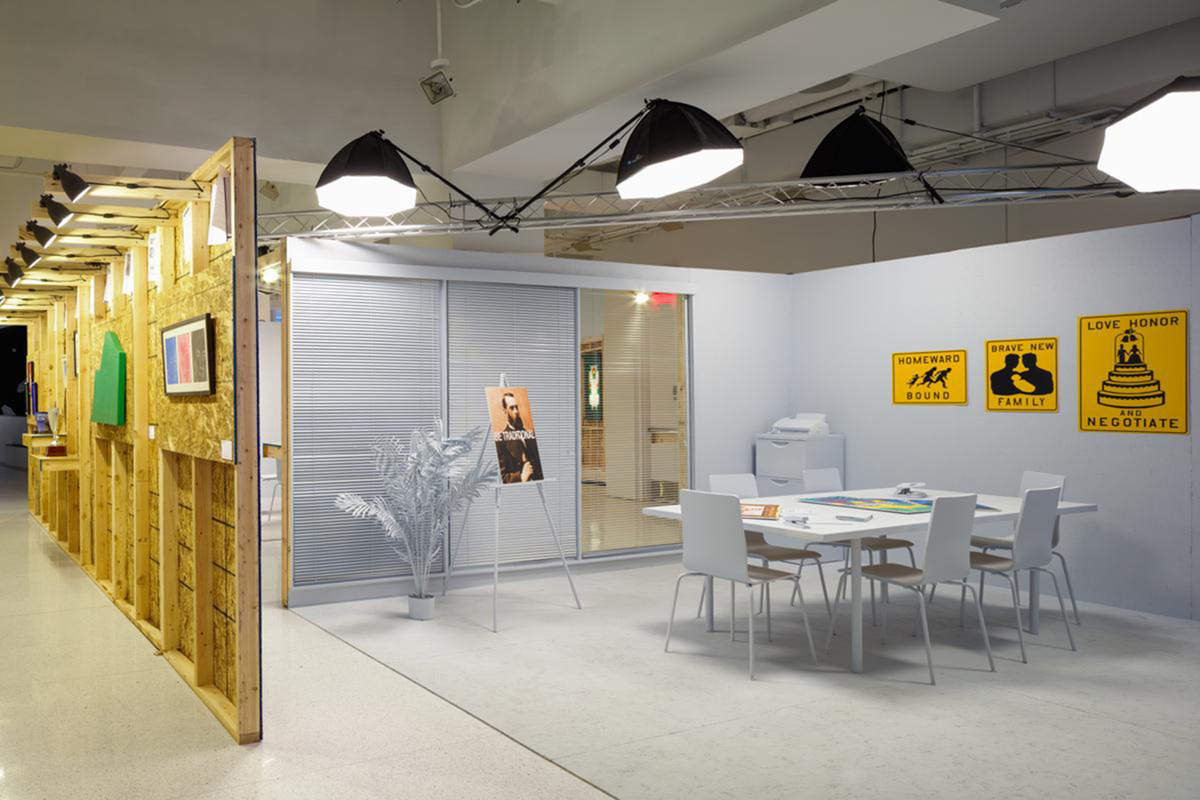 But one thing: Traboulsi is no more authentic than her copies. Raad, whose most famous project, The Atlas Group (1989–2004), offered accounts of Lebanon in photographs and other media that blurred fiction and fact, is employing similar tactics here, at once trickster and moralist. While localized to a Lebanese socio-political topography, corruption and theft around cultural objects holds a broader legacy. Yet it could be said that Raad’s point is not this alone—and the works themselves by Traboulsi, or should we say “Traboulsi,” are not particularly well made. In keeping with his larger practice, his point is also to steep us in the ambiguities, paradoxes, and inconsistencies of reality, to make the viewer double-check the work, and by extension what we are told is truth. In the age of post-truth, of alternative facts and claims of fake news, no elevation of the profile of the trickster for good and bad could be more relevant.

It is in this liminal realm, in which skepticism and the need for sincerity and authenticity vie with deviousness and illusion, that the curatorial use of tricksterism comes into play both as subject and strategy. And while most curatorial practices are sited within institutions and conventions of institutionalized capitalism, there is every reason in the current political climate to consider new ways of mediating and augmenting our reality, whether through wall texts, audioguides, catalog essays or other forms of discursive intervention. Artists’ projects such as those shared here by Meireles, the GALA Committee, and Traboulsi/Raad help us see the way, both vexing and asserting what belief and resistance mean.

Jovanna Venegas is a curator and researcher based in San Francisco. She is currently the curatorial assistant of contemporary art at SFMOMA. She received her BA in Art History from UCLA in 2010 and her MA in Curatorial Practice from the School of Visual Arts in 2017. From 2010–15 she lived in Mexico City and worked on exhibitions at House of Gaga, Colección Cesar Cervantes, and Eduardo Terrazas Studio. She was curatorial assistant to Lucía Sanromán on the exhibitions: inSite: cuatro ensayos de lo público sobre otro escenario (La Tallera, MX); Citizen Cultura (Santa Monica Museum of Art, US); and SITElines: New Perspectives on Art of the Americas (Santa Fe, US). While in New York she worked on public programs and curatorial projects at e-flux, the Colección Patricia Phelps de Cisneros, Independent Curators International, and the 11th Gwangju Biennial.

6 This is cited in various text on his work. See for example: Zanna Gilbert and Cildo Meireles. “‘Pop Art Is Poison.’ Cildo Meireles on Ideological Circuits.” Museum of Modern Art. Accessed 7. 15.2017. post.at.moma.org/content_items/539-pop-art-is-poison-cildo-meireles-on-ideological-circuits.

7 It was recently restaged at Red Bull Studios in New York City, September to November 2016.

On “Shy Trump” Voters and the Politics of Care: Surveillance, Sousveillance, and Self

Bartleby; or, The Formula

The Internet Is Not a Possibility. An Interview with Zach Blas

No Tears for the Sovereign. An Interview with Jesse Darling

Bartleby and Otaku. An Interview with Nadim Abbas

On Being Present Where You Wish to Disappear