Unlike the narrow nativist vision of our current politics, the late 1980s offered a prospect of walls coming down, not being proposed to rise as a disavowal of diplomacy and discourse. This was the moment of the exhibition Between Spring and Summer: Soviet Conceptual Art in the Era of Late Capitalism. It was 1990—an optimistic time and a time of great curiosity for both the former Soviet territories and the West. What had been happening behind the Iron Curtain? What was the West really like? This exhibition was among the first to offer a wide survey, spanning the network of subversive practices of artists from the era. Under the Soviet regime, the group of conceptual artists featured in Between Spring and Summer set up fugitive exhibitions in domestic spaces and performed actions in remote locations (among them, Komar & Melamid and Ilya Kabakov would soon race to critical and commercial success in the bastions of the Western art world). These secret shows and performative works acted as sanctuary spaces in which the avant-garde could exist, discuss, and experiment within the void of public sponsorship.

The Soviet Conceptualists (now more typically called the Moscow Conceptualists), formed as an underground art movement in the early 1970s, were never clearly codified until the fall of the USSR at the close of the ’80s. Their work stood against and to the side of the state mandate for Socialist Realism. Anything outside the mandate was seen as subversive and deemed criminal by the state, with any offending artist and the rings of his or her family subject to surveillance and punishment. The work was as bold in its slyness as it was in its fantasias of freedom, and the works on view in Between Spring and Summer (and in the portfolio presented here) reveal an aesthetic that is raw, deeply cynical, even nihilistic, carrying within it a poetics of dark humor.

In framing the context for these works in 1990, lead curator David A. Ross, who was then the director of the Institute of Contemporary Art in Boston, writes: “It is an exhibition which presents the voices of artists who had previously been denied speech within their culture—a culture that suppressed truth for the sake of pragmatism, and that glorified a now seemingly obsolete utopian model.”[1] He writes further of the context through which he connected a parallel of the political situations between East and West:

This is the age of Gorbachev. Communism has entered a new era in response to the global and social and economic pressures which have been transformed both East and West since the of the second World War. Like Capitalism, Communism is in its “late” phase as well. The struggle for what Walter Benjamin termed the “crude and material things” is fueling the engines of change. An important result of these changes, however, is found in those deeply immaterial aspects of life; those reflections of the strength, intelligence, and soul found in the art and literature of a nation.

In the West, the Culture Wars of the 1980s and the emergence of the Punk aesthetic in art, literature, and music were a parallel that sought to subvert dominant ideologies, regarding race, gender, class, and sexuality, as well as critiquing the historical and contemporary roles of political and cultural institutions, and the politics of aesthetics and style. Though these movements in the West were not the same as those in the Soviet Union in the immediate years prior to its collapse, they did share a rambunctiousness, dark humor, and grit (if not Soviet melancholy) that presented open-ended litmus tests of the fragility of freedom. Democracy today would seem to have returned to that same precariousness—or perhaps it never left—and in that light, the Soviet Conceptualists’ tactics of subversion and rebellion, and the creation of sanctuary, could not be more relevant. In bringing this exhibition and its work to the surface in 2018, we can learn from the example of their subcultural network and the ascent of new forms of opposition.

The images selected for this portfolio attempt to capture the essence of Between Spring and Summer in those qualities just described. The works presented here are by Collective Actions Group, Vadim Zakharov, Komar & Melamid, Igor Makarevich & Elena Elagina, and Ilya Kabakov.

Annotations for the images:
Materials used by the artists: Because artists’ materials were off limits to anyone who was not an officially ordained artist, the Soviet Conceptualists would often use everyday materials to create their works, such as plaster, cement, and paper. This has often been compared with the practices of the postwar Arte Povera movement.

Ilya Kabakov, one of the most prolific and central artists of his generation, refers to the Soviet era as “a void”[2] in which artists were simply creating work for themselves and had no foreseeable public or means of circulation. In his essay for an exhibition catalogue titled “On Emptiness,” he refers to the vacant place or nihilistic consciousness in which the artists exist and produce artwork.

Komar & Melamid were a duo of SOTS artists involved in the exhibition. They were among the few artists in the show who were formally trained as artists and were able to obtain art materials officially. They coined the term “SOTS Art” to speak to a kind of hybrid of Socialist Realism and Pop Art that depicted subversive imagery of Soviet leaders, and the grandiosity of the images spoke at once ironically and aspirationally to a faded historical position of the regime—as if looking back at a history still to come.

Using domestic symbols and text, Igor Makarevich & Elena Elagina created installations that considered the place of women and children in Soviet life. Elena Elagina was one of the few women associated with the Soviet Conceptualist movement.

While some of Vadim Zakharov’s work is sculptural, the images here depict performances staged by the artist and the work that resulted from the documentation. Here Zakharov is using his body as subject and addressing the feeling of futility felt by those attempting to pose opposition to the Soviet regime.

The Collective Actions Group—initially including Nikia Alekseev, Georgii Kizevalter, Andrei Monastyrsky, and Nikolai Panitkov, and joined later in the 1970s by Igor Makarevich, Elena Elagina, and Sergei Romashko—conducted participatory activities, often with mysterious instructions and frequently set in the woods in rural areas. While this approach was in some ostensible ways similar to the 1960s “Happenings” of Allan Kaprow, the CAG’s actions embodied the political condition of subjectivity within society, foregrounding displacement, bewilderment, and external control. The communal aspect of each action was central to the work. Events were ephemeral and only sometimes documented. The documentation itself was subtle, never quite indicating an artistic activity, but appearing as simply non-descript photographs. 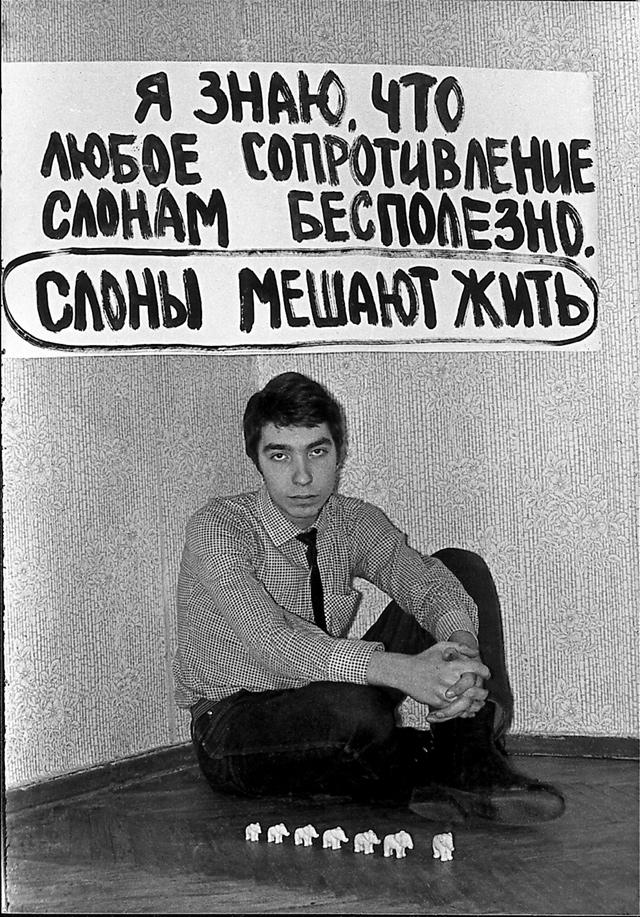 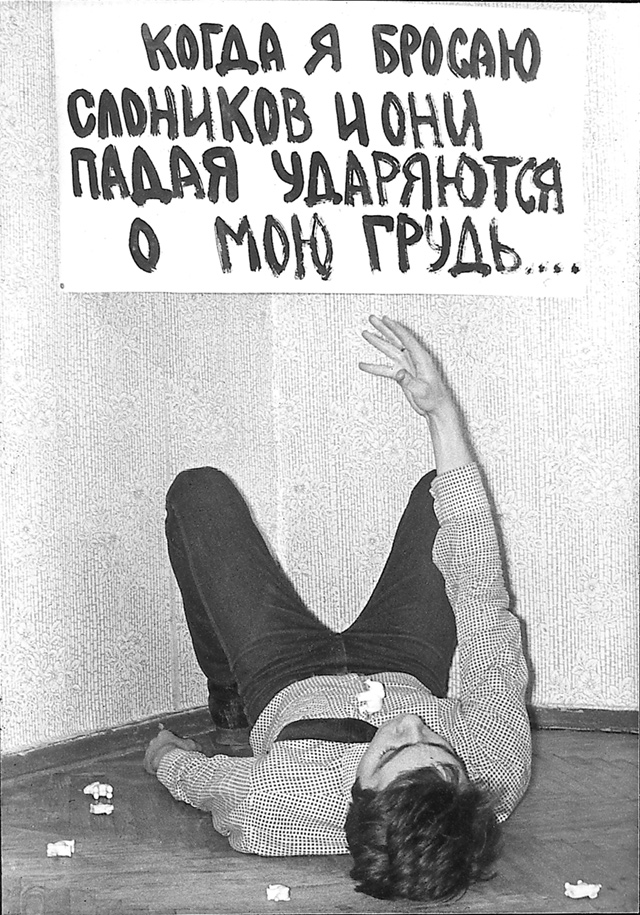 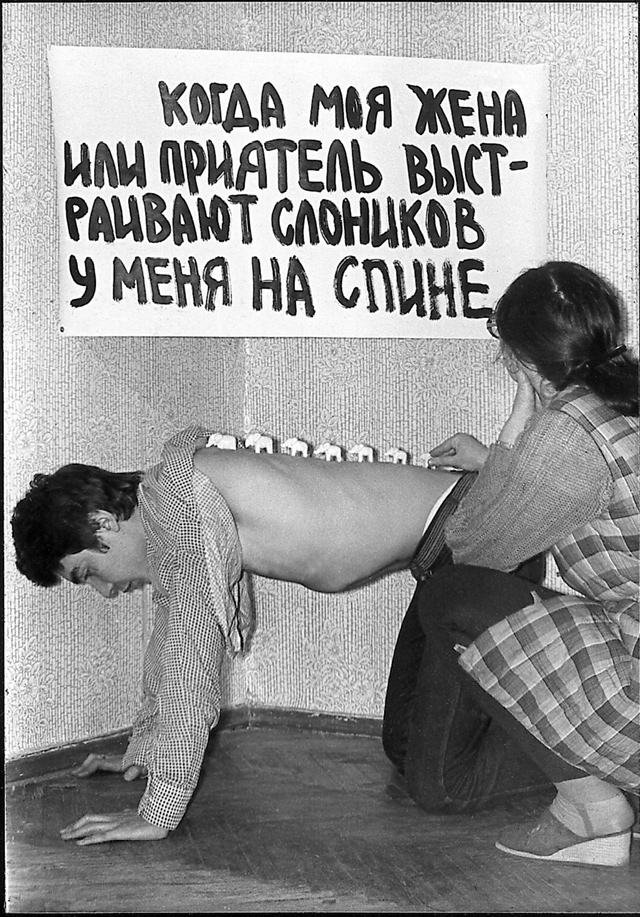 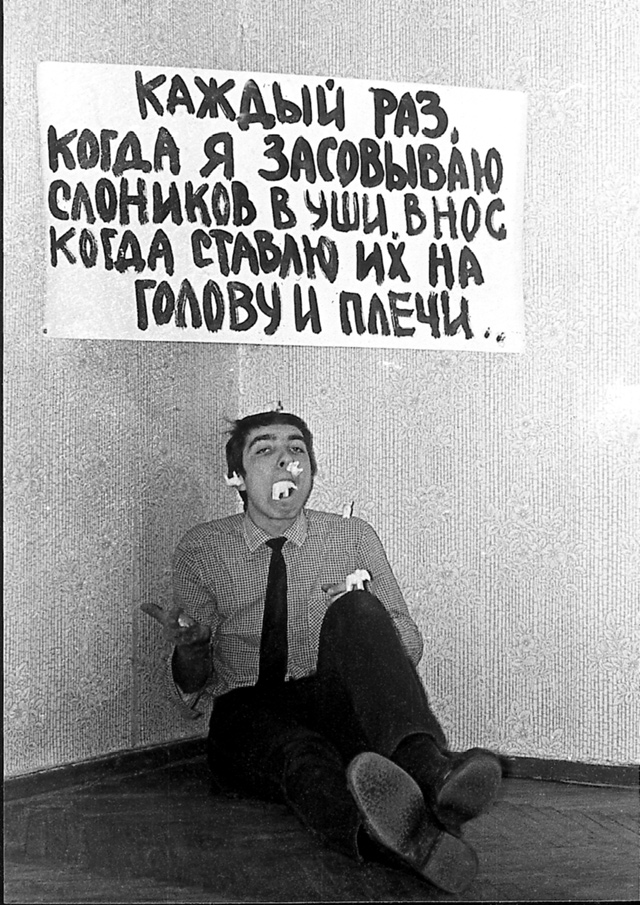 Vadim Zakharov, I Know Any Resistance to Elephants is Useless. Elephants Hinder Our Life, 1982. Performance. 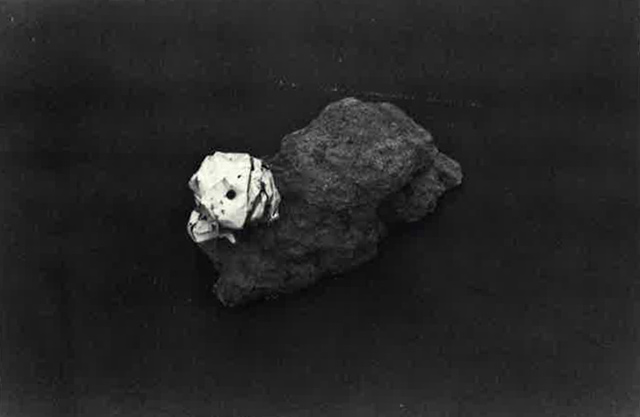 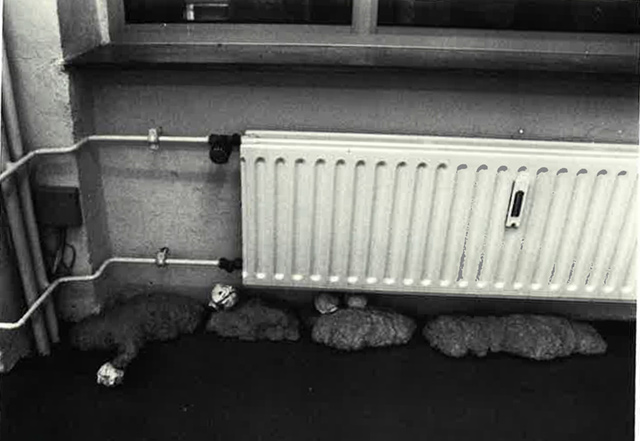 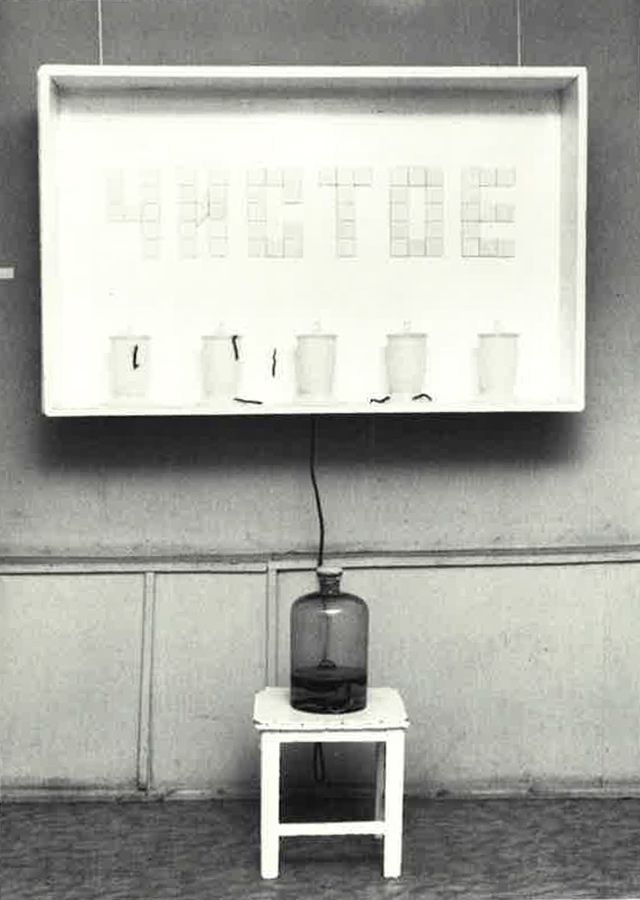 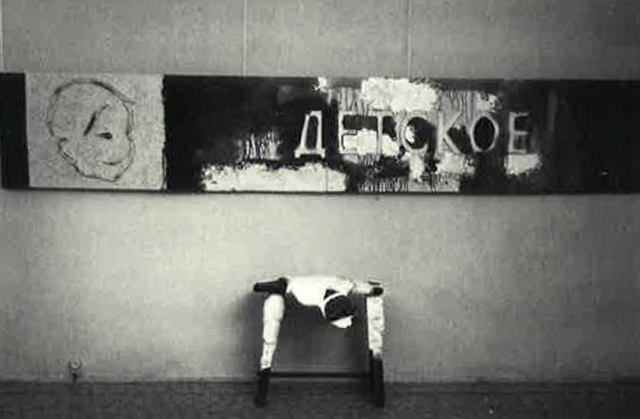 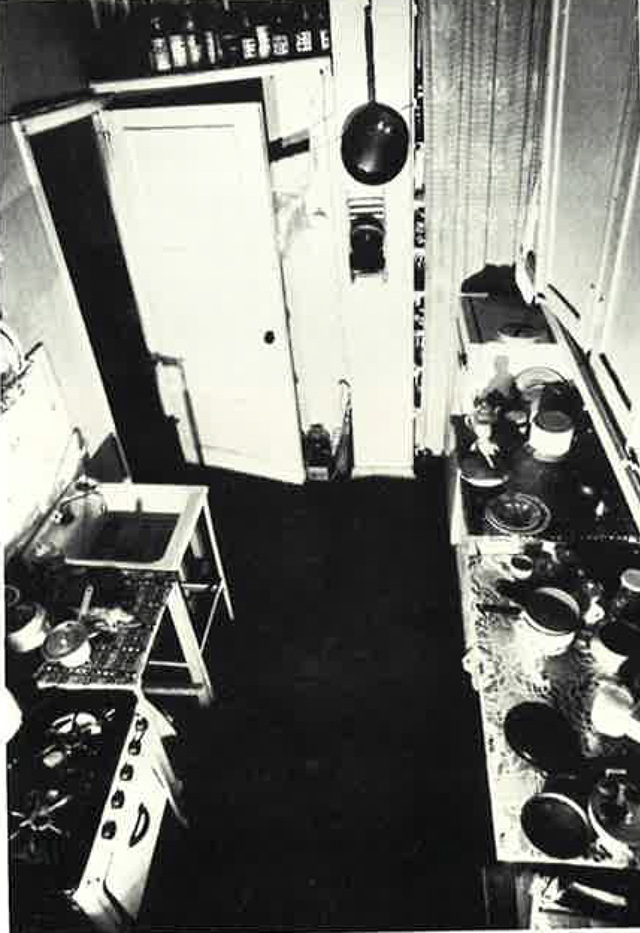 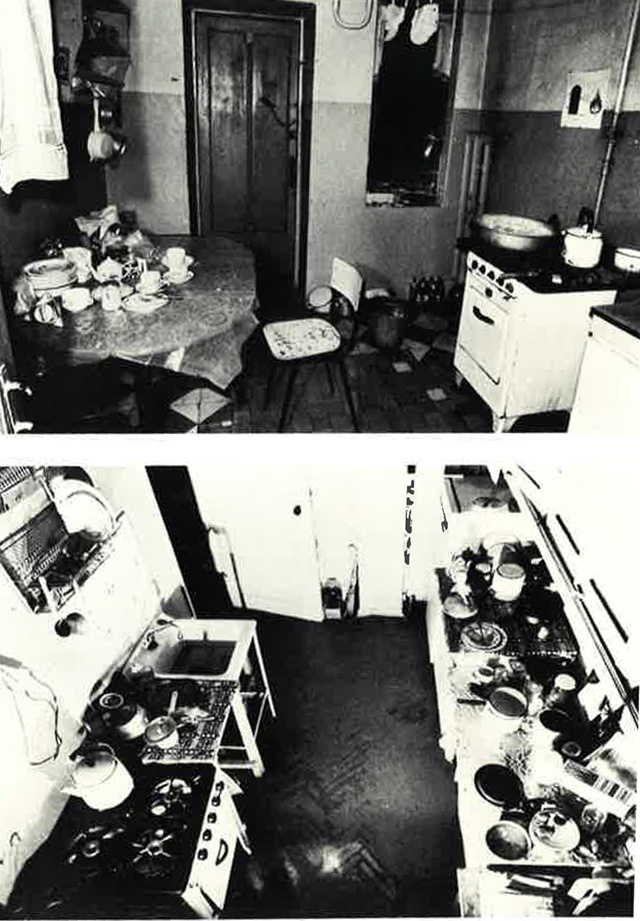 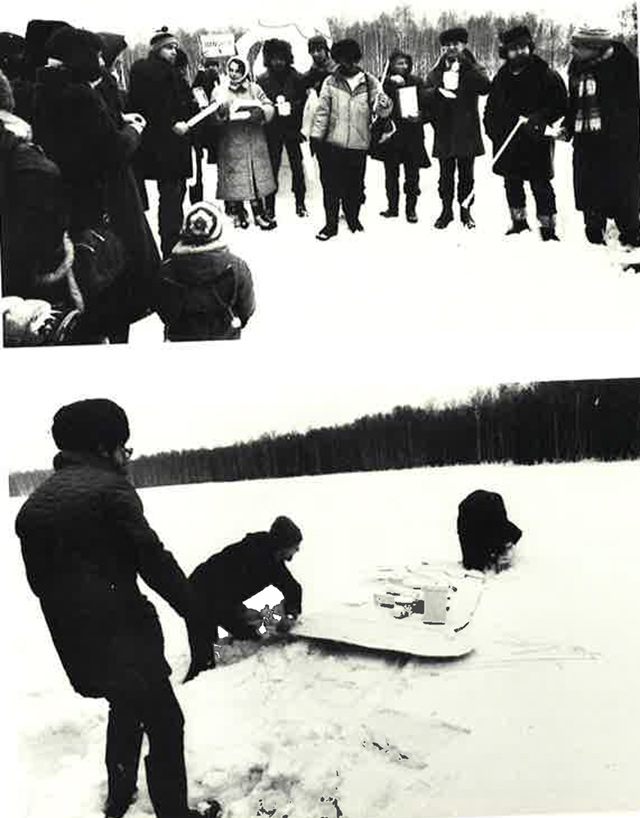 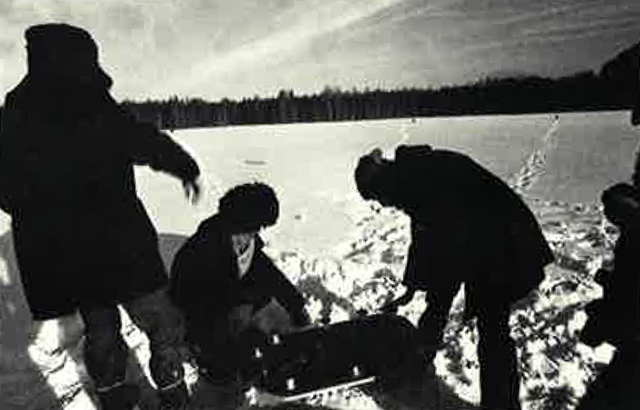 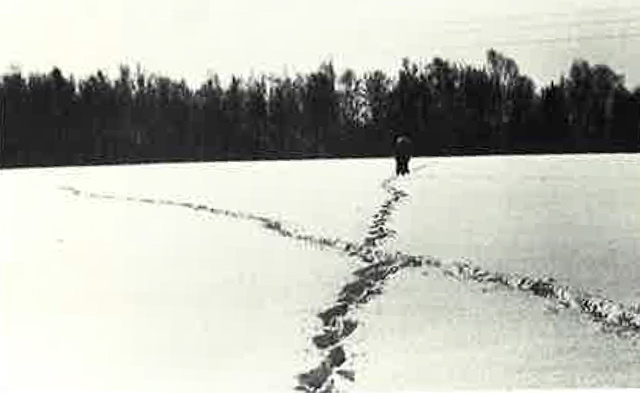 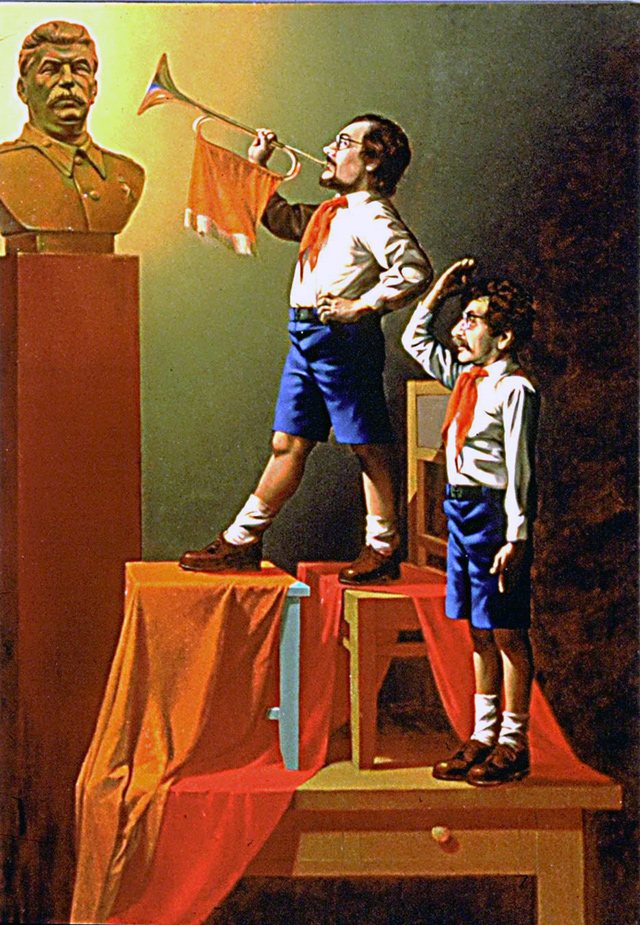 Vera Petukhova is an independent Brooklyn-based curator focusing on performance and media. She received her MA in Curatorial Practice from the School of Visual Arts and has worked with the curatorial teams at Performa and The Kitchen. Her research interests include the performative turn, digital culture, the experience economy, language and communication, cultural histories, film theory, feminist and gender theory, community/support structures, Soviet conceptualism, and contemporary art in Eastern Europe. She has curated video art programs and organized art exhibitions and performances in Seattle and New York. Her writing has been published in Blouin Artinfo and Performa Magazine.

On “Shy Trump” Voters and the Politics of Care: Surveillance, Sousveillance, and Self

Bartleby; or, The Formula

The Internet Is Not a Possibility. An Interview with Zach Blas

No Tears for the Sovereign. An Interview with Jesse Darling

Bartleby and Otaku. An Interview with Nadim Abbas

On Being Present Where You Wish to Disappear