Misal Adnan Yıldız is a curator, writer, and educator.

1. What was your motivation to work on a biennial? What was your position/ task?
I have had several experiences within the context of working for/with biennials. During 2008, parallel to the preparation process of Manifesta 7, I was part of Hot-Desking, which was based on a collaborative work between Raqs Media Collective and CuratorLab. CuratorLab is an international curatorial study program in Stockholm located at the Konstfack Art Academy. Hot-Desking was formulated to engage young curators in the research and production process of a large-scale show. We connected different cities with a diverse program of events and publications in Istanbul, Rome, Paris, and Stockholm. The year before, in 2007, I was also one of the co-curators of Nightcomers, a mobile video program for late night for Hou Hanru’s Istanbul Biennial (10th edition). In both cases, globally speaking or in a metropolis, collective curating, collaborative thinking, social change and mobility, networking, and public space were inevitable links in our discussions. My experience with working with/for the Istanbul Biennial was not only limited to that edition; I was also one of the curatorial collaborators for Fulya Erdemci’s İstanbul Biennial in 2013 (13th Edition). That is completely another story…

During my tenure at Artspace NZ, Maria Lind invited us to take part in her project, Biennale Fellows for the Gwangju Biennale (GB11) in 2016. I visited the Biennale and had the chance to discuss the process with the participants, but John Mutambu, curatorial assistant from Artspace NZ at that time, represented our institution during the opening week. GB11 developed an alternative map of international art institutions that operate in relation to concerns around local engagement and global networks. In 2016, I was invited to take part in the 9th edition of SIART (International Biennial of Art Bolivia) as a curatorial collaborator by the curator of the biennial, Joaquín Sánchez, who is also a practicing artist. For the exhibition program, I produced two solo shows by Nilbar Güreş and Fiona Clark, in close conversation with the artists. These conversations, my interest in understanding indigenous practices, feminist and queer history, and social change within another contextual experience coincided with responding to his show by linking queer stories with a question on human life span: How do we relate with our communities?

In all of these examples, I have had very different sorts of motivations, professional, conceptual, curatorial… In each case, the possibility of being able to be part of a process of a large-scale show becomes an advantage to understand our currency, the zeitgeist.

2. How can you describe the model of the biennial(s) you worked for, also compared to other biennials?
Even though I have experienced different cases through working for different biennial organizations, I have more or less had the similar role or position—I was a “curatorial” collaborator. In most of the cases, I was one of the researchers, practitioners, or curators who committed to the instructions, plans, and conceptual thinking processes of another curator, another curatorial mind, or let’s say author/über-curator. So yes, I brought my experience, knowledge, and ideas into a cognitive map that was predefined by someone else. Among all these experiences, for your question, I would like to focus on the edition from 2013, the 13th Istanbul Biennial curated by Fulya Erdemci. Rather than a model, it was totally a new set of knowledge and experience packaged to respond to the political facts when they were happening. That show not only included the existing political tensions of urban transformation, local dynamics, and public space-public time inside its research and discussion process, but will also definitely stay with us as an unresolved form. There is still no negotiation, or consensus, on its reception. It was not a celebration or a party event. Fulya managed to bring very important works from the history of public space and invite a close conversation with what was happening in Turkey.

Although I joined Fulya’s team pretty late, after she had almost chosen her participating artists list and venues, I actually still managed to support the production process of some specific projects, which were based on performative approaches. Fulya has a unique way of thinking about exhibitions, and she surely holds an intellectual position before many other concerns. So rather than a presenter, she is a game-changer. In my opinion, her Istanbul Biennial was dedicated to how the city Istanbul has been resisting the neo-capitalist Islamist economy, how the global neoliberal transformations change our environments and its actors. Especially her public program at the Greek School, which happened during the biennial, responded to all the questions and problems Istanbul was going through before and after the Gezi Occupy movement. The show was free of charge, and it was seen by a huge number of visitors.

Art history will acknowledge Fulya and her Istanbul Biennial edition in time—this is what I believe. It happened before, during, and right after the Gezi Occupy movement. It was about freedom of speech, the right to live, and resistance… Who cares about contemporary art and its illustrations in a state of emergency? In such a historical timing of events, her model was dedicated to being part of the street, the protests, the social awareness… We were experiencing a new state of mind regarding politics, and her challenge was to understand what was changing and to respond at the same time. Her show was happening at the very moment of change.

It is a unique form or model for me, because the 13th Istanbul Biennial tried to cope with the actual fact, the responsibility of being a “good” citizen; being part of civil disobedience and collective resistance against state violence and political repression. And so it paid the cost of its witnessing this historical moment. I think it is such a unique a biennial model for me, for which I will digest its conditions, consequences, and post-scriptum for the rest of my life. The model of dealing with what was actually happening in front of our eyes. We had to unite under the shelter of ethics, questions, and references of our practices. Our country, our constitution, and our citizenship did not function…

3. What goals/wishes are connected with your biennial(s)? What should be achieved? What were your personal goals?
My biennial? I never had my own, but can we own them at all? Who is the owner of any biennial? Curator, artists, the organization, the city, or sponsors? Your question formulates itself through referring to an exhibition, which is a form of public domain as “your biennial(s),” and this is why I am responding with these questions. Do biennials really need this much branding, marketing, celebration, establishment, networking, belongingness, authorship, and possessiveness? Maybe they could be more “chill-out” sorts of spaces, less controlled forms of gathering for complex systems of audience development? Exhibitions, especially biennials, which are kind of large-scale visual investments, are considered open structures for me. I would like to imagine more open space for audiences…

In a nutshell, I have not had the opportunity to curate a biennial myself yet, and I sometimes imagine, dream, or speculate when I see some biennial shows about what would I do if they were to be curated by me… Every exhibition inherits specific contextual references. These vary from its timing to its place, location, or context. Things happen, things move, and things change based on conversation, negotiations, renegotiations. I would like to take it from here. Every exhibition is a specific case, and a unique form.

4. Biennials have proliferated as the art world has scaled in size and global reach in recent decades; however, very little information exists about the exact number, geographical reach, and funding and governance structures of these arts organizations. Can we compare biennials at all?
Yes, and no. Yes, we need to develop some analytical tools. Without such tools like comparing and contrasting, how could we develop a proper critique and relevant conversations? But also, no to all sorts of rankings, hierarchies, and that sort of professional, art-ambitious, art-speak bitchy tone to list the best five biennials or highlights of 2018. First of all, before every other argument, biennials are still exhibitions, or at least based on ideas related to exhibitions. Not a city promotion, not a marketing tool or a PR event-ing, nor gentrification-friendly political tools...They are still and first of all, EXHIBITIONS. And I want a good narration when I visit a show. They do not need to show 1,000 artworks and invite 250 artists.


5. Biennials provide a point of convergence for the art world, expose large audiences to art (and other disciplines and mediums), and catalyze interest in cities and regions with global aspirations. Do biennials necessarily have a positive social and economic impact?
I think so. At least, I would like to see them still as potential places that risk, and that failure can happen in the art context. Where else can we see experimental works at such a big scale of production?

6.Can you talk about the funding processes and sources? How do you think this affects the biennial? Does it affect it at all?
Yes. It is urgent to talk about how collectors, galleries, art dealers, and the art market are involved into these structures, organizations, and conversations, which are supposed to be primarily defined as non-profit, public, and social spaces, but do we still believe their “non-profit-ness” or independence? After seven years of directing art institutions, one in the Northern and another one in the Southern Hemisphere, I could easily state that one needs to convince benefactors, sponsors, and state authorities to run any program of exhibitions, not only for producing art objects but also for bringing people together in safe places… Like architects, we operate with other people’s budgets, spaces, and resources, so the question becomes more critical at some levels: Who decides what we see at the galleries and museums, who pays for them, and who earns their living from it? This whole event becomes an economy that some people need to pay for and for which some others need to be paid.

7. What sort of curatorial, institutional, or technological innovations can help ensure the vibrancy and relevance of biennials going forward?
I do not have an answer, but I can add some more on top of your already existing questions with a few relevant points of discussion. First of all, I am very curious how digital learning will have an impact on exhibitions as places of education. This is also related to its consumption, deception, and recapture, too; so the question is also related to how the global art visitor is going to cruise from one biennial to another when there are hundreds of biennial shows opening all around the world every day, every week, every month.

I am also interested in talking about exhibitions and biennials as spaces of intimacy and unsafe places for all sorts of bodies… It is immediately followed by another one: How can a biennial function in a society without a state? 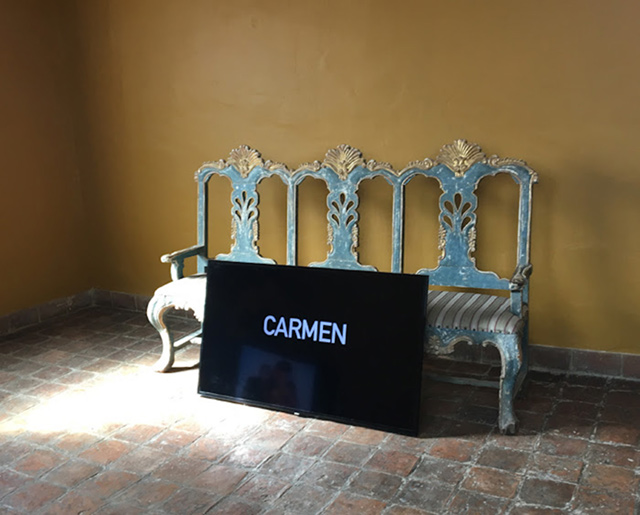 by Shwetal A Patel, Sunil Manghani, and Robert E. D’Souza

Extracts from How to Biennale! (The Manual)

Globannials or: The Sublime Is Wow

How to Take Care of Your Voice: Exhaustion and Other Habitual Affects When Working Within Large-scale Art Institutions