Making use of the condensed form offered by the comic, The Glorious 7 criticizes the racist Austrian consensus that has come very much to the fore again in 2016, manifesting itself in the so-called foreigner laws, hegemonic values and knowledge production, historiography, etc. The individual tableaus make reference to current processes of transformation of wage labour, borders and nation states, casualization and pauperization as well as control and discipline measures that affect large proportions of the population—not only the Austrian segment. 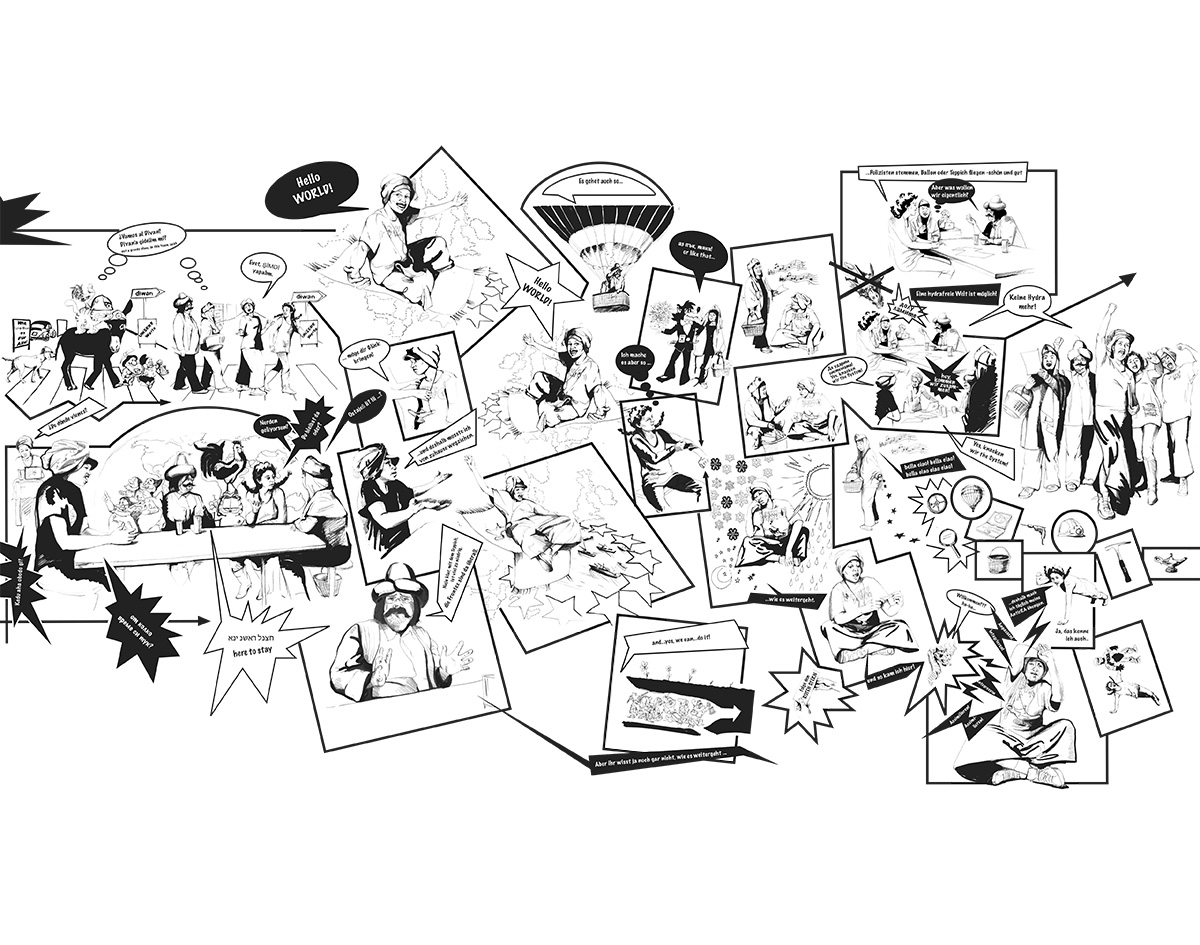 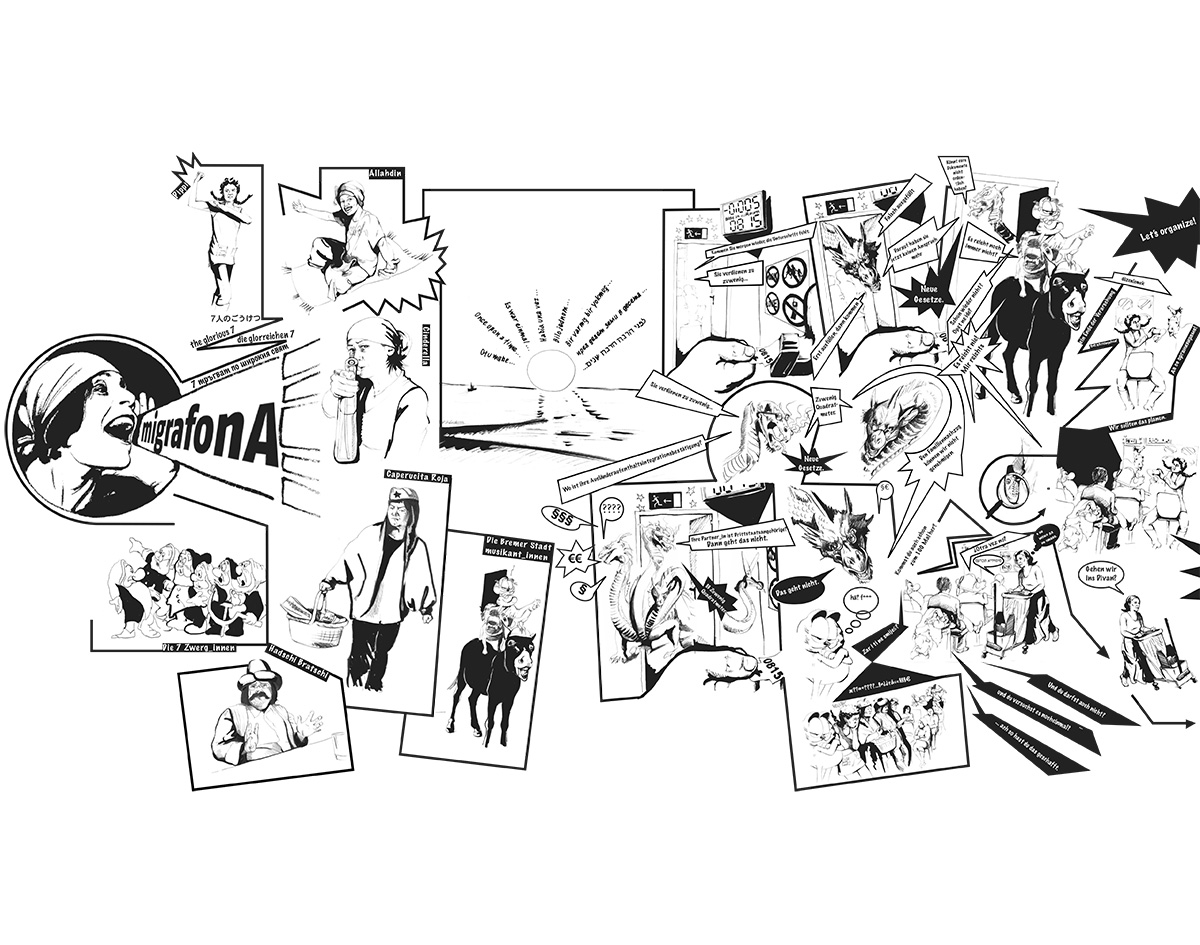 MigrafonA (Vienna/AT) is a collective founded in Vienna in 2007 with variable members including artists, culture producers, and activists. The collective uses the comic format to report on the realities of migration politics, national identity construction, and migrants’ self-empowerment strategies, and to experiment from the migrants’ perspective with the visualization and historicization of current political debates and the transformation of critical theory onto a visual level.