There is something very interesting, almost pleasing about the Internet. It does not exhort, it does not take stances, but it demonstrates the co-existence of all the possible attitudes around. Google, social media, crypto currencies, avatars, memes...they are all showing us the possibilities of a generic world. Maybe they can provide us with the right amount of inputs and responses to the compelling times in which we abide. Maybe they can respond to the harsh topic of migration; to the unspeakable trauma caused to war refugees; to the atrocious condition where the work is performed?

Let’s focus on one of them and try to develop the idea of a meme as an emancipatory media. And maybe the memes, Internet viral phenomena can open new worldings to discuss our responsibilities. Responsibility, as Karen Barad mentions, is the ability to respond to the other and cannot be restricted to human-human encounters when the very boundaries and constitution of the “human” are continually being reconfigured and “our” role in these and other reconfigurings is precisely what “we” have to face. A humanist ethics, she continues, won’t suffice when the “face” of the other that is “looking” back at me is all eyes, or has no eyes, or is otherwise unrecognizable in human terms. What is needed is a posthumanist ethics, an ethics of worlding. [1]

Step One. POSTHUMANIST ETHICS
In order to enter her posthumanist ethics in discussing the topic of memes, migrants, work, and personal geopolitics, my worlding started with Internet openings of different notions of a meme. At the very start it was necessary to show different approaches in the meme culture, derived from different fields biology, Internet, and etymology.

Step Two. POTENTIALS OF A MEME
I propose plunging into the Internet abyss of the terms immigration and foreigners. Suddenly, this opens up a multiplicity of different synonyms such as alien, different, strange, unfamiliar... Could they be seen as a potential for empowerment and open a wider discussion on these very bleak topics?

A foreigner alien perhaps? If we take its notion literally, we can use the words such as alien as an immediate synonym of a foreigner. Here the Xenofeminist Manifesto by the collective Laboria Cuboniks comes to mind:

We are all alienated – but have we ever been otherwise? It is through, and not despite, our alienated condition that we can free ourselves from the muck of immediacy. Freedom is not a given—and it’s certainly not given by anything “natural”. The construction of freedom involves not less but more alienation; alienation is the labor of freedom’s construction. Nothing should be accepted as fixed, permanent, or “given”—neither material conditions nor social forms. [2]

In the same vein, we should admit to ourselves the simplest truth about man being a very strange being, almost a stranger on the earth—an alien, a barbarian, a foreigner. Similar to the way G. K. Chesterton describes the Everlasting Man:

He is wrapped in artificial bandages called clothes; he is propped on artificial crutches called furniture. His mind has the same doubtful liberties and the same wild limitations. Alone among the animals, he is shaken with the beautiful madness called laughter; as if he had caught sight of some secret in the very shape of the universe hidden from the universe itself. [3] 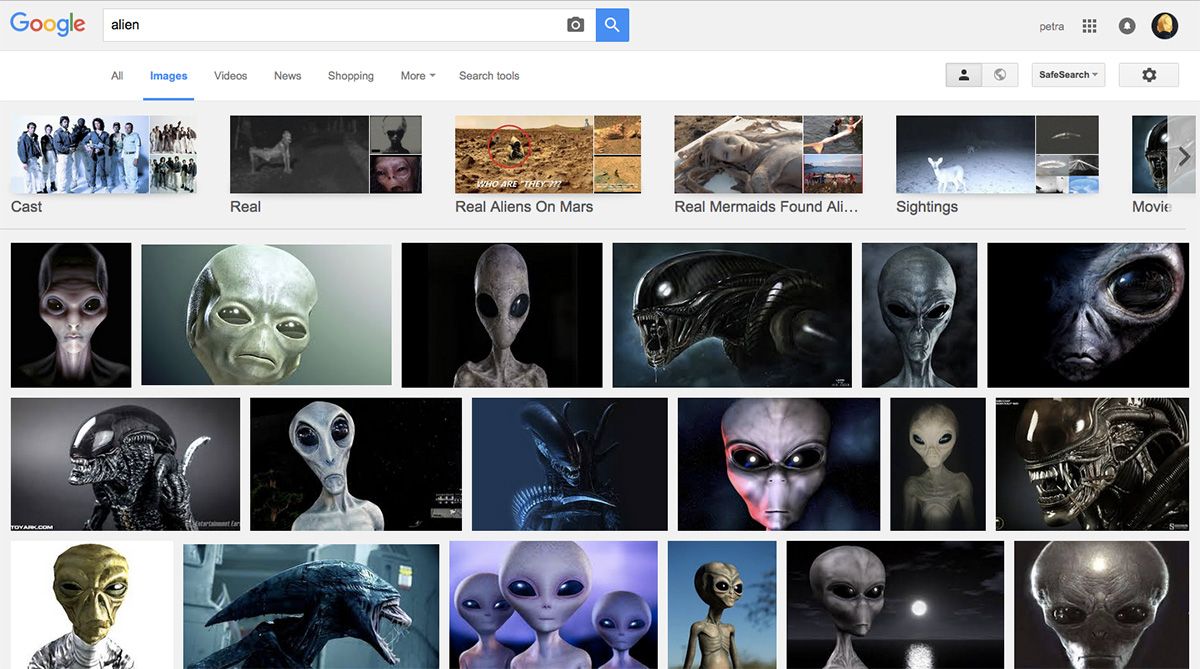 Let’s again imagine a very literal translation of a word into an image—let’s welcome a barbarian! Or maybe, let’s give the opportunity for an avatar to be recognized among “us”. 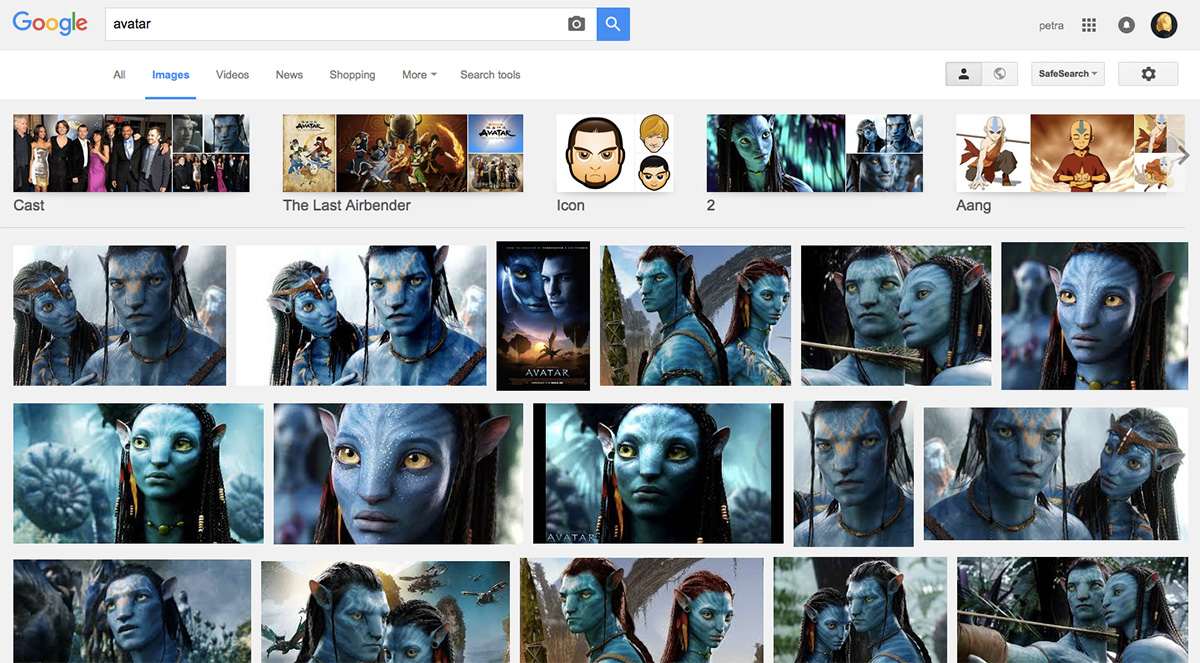 Step Three. METAHAVEN'S POLITICALITY
When thinking about memes, we should relate to influential designer collective Metahaven. For them, memes play a distinct role in protest; they seem to be to the resistance of today what political posters were to yesterday—the embodiment of shared ideas in a community. [4] This claim is agreeable to a certain point, but it should be also widened. The meme is actually responding to a sensical question with a meaningless answer, and it is an effective tool to negate the politics of the frame in which the question was posed.

But how to make a personal position towards a meme or what does a meme represent to my practice? Instead of endlessly browsing or curating the Internet in search of what could be that one meme that could describe a certain position, I propose viewing in spectrums. The selection process could be seen as slightly problematic, because curating it would result in an efficient, but a reductionist setup, that flattens diversity and produces a very friendly, empathic, and politically correct environment.

As Slavoj Žižek mentions, this approach follows a humanitarian idealization of refugees and immigrants that dismisses every attempt to openly confront the difficult issues, which arise when those who follow different ways of life cohabit as a concession to the neo-Fascist right. [5] And, finally, “curating the net” diminishes the sole role of the Internet: the spectral quality of multiplicity. Therefore I decided to give a spectrum of what could be an immigrant in the framework of a meme, by doing simple print screens of memes I would Google. Finally, making Google inputs is also a kind of curating, but it is possible to get an overview of what could be immigrant…

With this approach we are re-creating narratives of possible immigrant memes, such as Germans, or less likely, a Swiss immigrant meme? I continue Googling some related subjects like boats, some topics that could be observed as funny, or as extremely disturbing and painful. 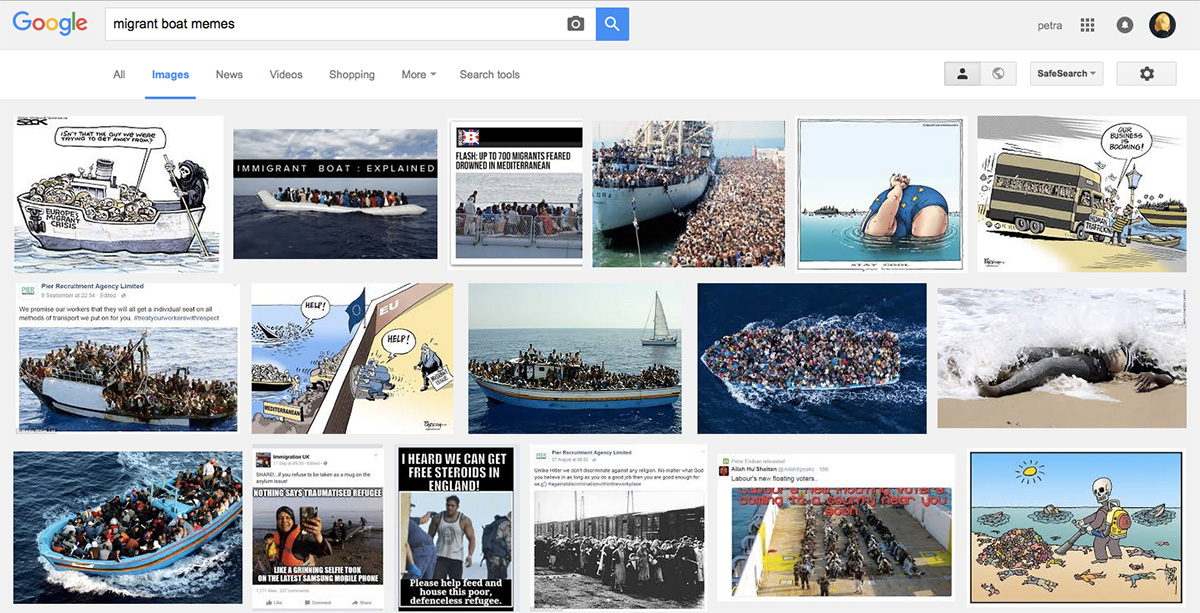 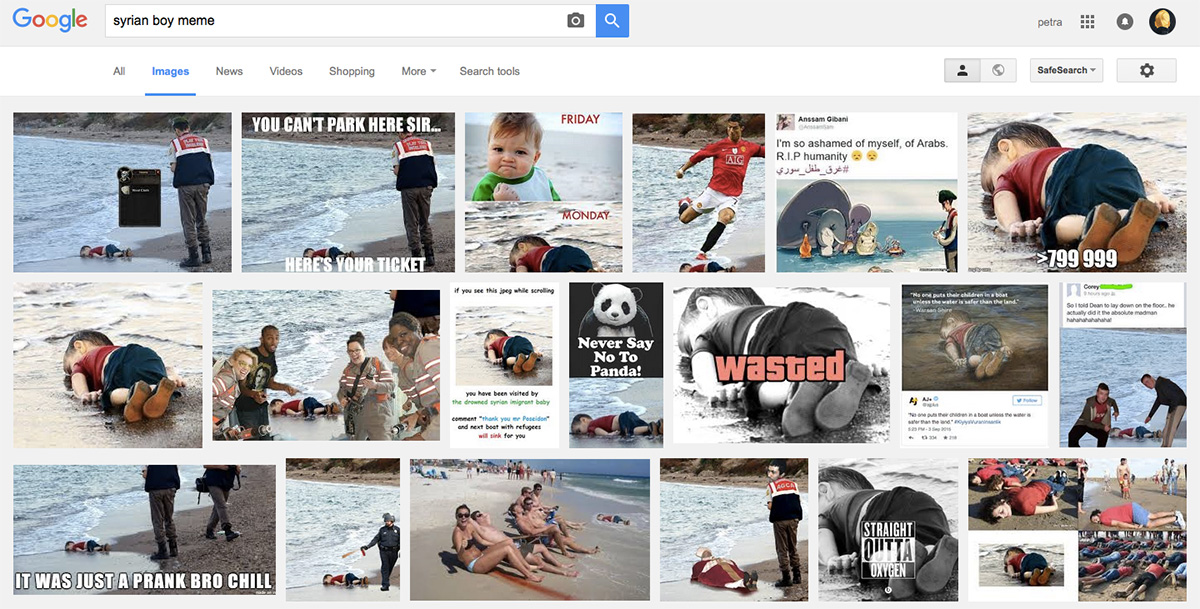 When discussing the topic, it is necessary to distinguish deeply held “beliefs” as to what is the “right” and what is the “wrong” way of going about addressing what is called the refugee crisis and migrant politics. Even just lumping them together in one sentence like this is viewed, again on all sides of the spectrum, as a declaration of some quasi-faith: either you “believe” in humanism of the other, or you don’t. It is necessary to omit this type of thinking. It’s not rational and it’s not groundbreaking. It’s deeply old-fashioned, and it’s misleading.

Step Four. MIGRANTS NATIVE TO THE UNIVERSE
If we are going to talk about migrants, as we will, we don’t want to do this from a pro-migrant or anti-migrant stance. We are all migrants native to the universe. [6] We shouldn’t be interested so much in what is expected of us, more in creating a discourse during which new ideas and original approaches can emerge: A spectrum of images.

The more I Googled, it showed that there are no more fixed categories or key features. Each word is an index, and each image is an index, too. Memes should be seen as an image in wholeness, which count on a personal approach within a generic setup of the Internet. To conclude, memes, immigrants, work, and borders should be seen through a spectrum. This is neither good nor bad, but a common ground on which we stand. Because, memes, in their own diversity exactly express the position of double articulations, the position of the Internet as a space of many changing truths. We can group, organize, orientate our self in this relative space without fixing it.

This research wanted to create an idea of an immigrant outside the political notion, removed from solely one specific group and show that we all are—sooner or later—immigrants, dependent on different criteria, which is actually empowering and beautiful. Only when we embrace this multiplicity will immigrants stop being stigmatized. As Žižek concludes in his article What our fear of refugees says about Europe: “The point is thus not to recognise ourselves in strangers, but to recognise a stranger in ourselves—therein resides the innermost dimension of European modernity. The recognition that we are all, each in our own way, weird lunatics, provides the only hope for a tolerable co-existence of different ways of life.” [7] 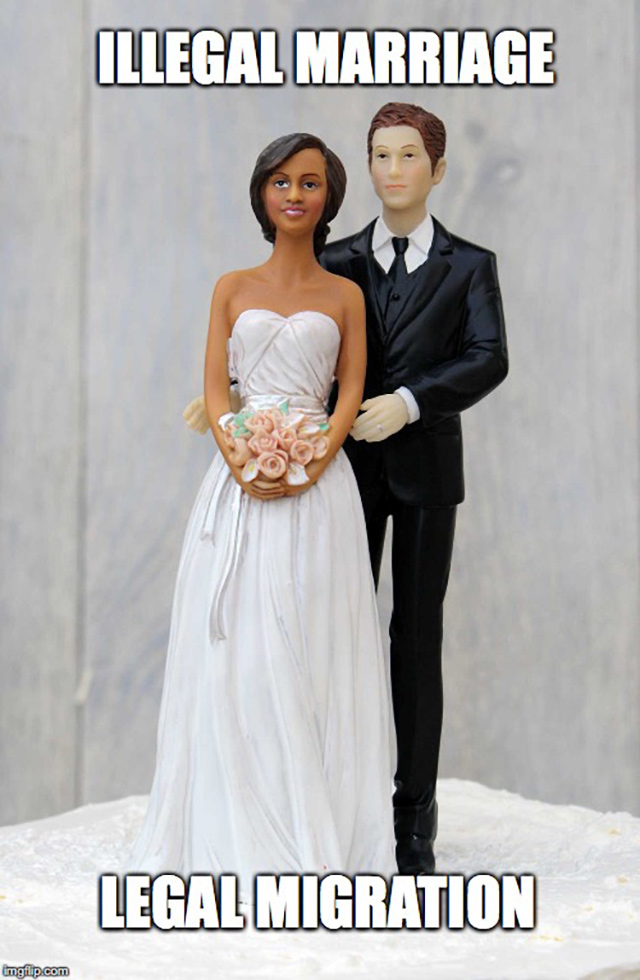 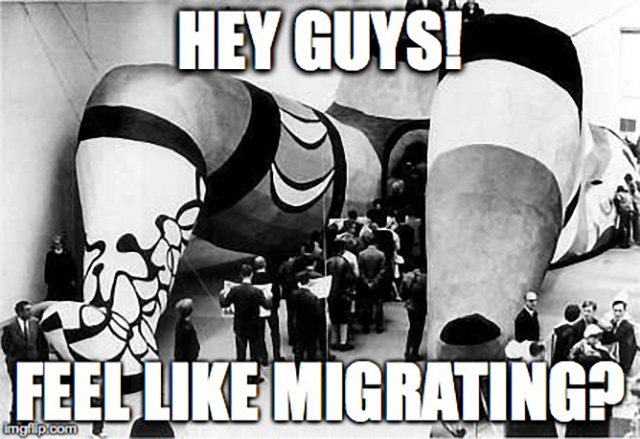 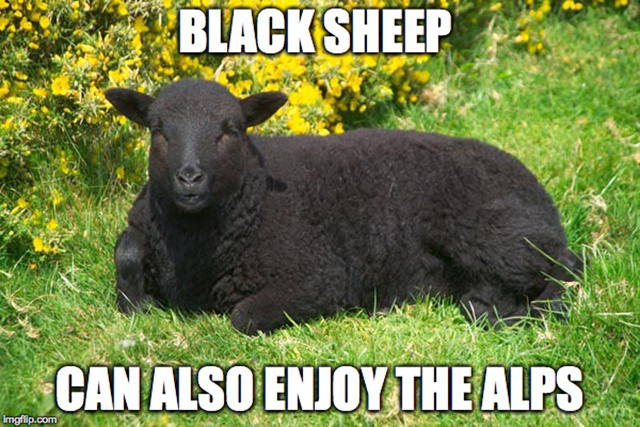 5 Slavoj Žižek, “What our fear of refugees says about Europe,” in The New Statesman, 29 February 2016. Cf. www.newstatesman.com/politics/uk

Petra Tomljanović (b. 1985/HR) is a curator, journalist, and educator in the area of art, design, architecture, and expressive therapy. She graduated with a degree in art history and literature from the Faculty of Humanities and Social Sciences in Zagreb and Expressive Arts Therapy from the European Graduate School in Saas Fee (CH). She currently lives in Zurich and studies at the Postgraduate Programme in Curating ZHdK.