Impatiently we hop from channel to channel when the programmes on TV do not spark our immediate interest. We have long become zappers and surfers, with attention spans so short that we increasingly content ourselves with browsing summaries and consulting Wikipedia on the internet, or we just jump indiscriminately from link to link. We behave like post- industrial monkeys swinging in digital trees. In the cinema, however, it is the projectionist who holds the reins. No remote control, no mouse click, no touch screen gives us our habitual power over the images we view. We sit in the dark. Maybe we even relish this temporary abandonment of our control. At any rate, in the cinema we voluntarily expose ourselves to the ideas of another person, the filmmaker’s vision. We stay seated and let ourselves be surprised.

The cinema is a place of exhibition, which I visit like a gallery or a museum. Viewing art in books or on the internet cannot replace the encounter with the original works, and neither can watching films on DVD, the internet, mobile devices or the television. So I go to the cinema to see a film in its original version, i.e. in the original aspect ratio and sound format, the chosen resolution and colour representation, in the original language, its full length, the correct frame rate and, of course, on the intended projection screen: the big screen.

Like a painter who consciously selects her image carrier (paper, canvas, wood etc.), the filmmaker chooses his carrier medium deliberately, be it film stock, analogue magnetic tape, digital tape or a digital file. And like a graphic artist who considers a printing technique for its possibilities of artistic expression, the filmmaker chooses a specific shooting format. It is an essentially artistic decision (even though in practice often influenced by budgetary, commercial and technical considerations). The shooting format establishes the texture of the image and thus becomes an integral part of the film. The latest technology with the highest resolution does not necessarily produce the best image, only the sharpest. A cameraman once suggested to me not to shoot on VHS, but in HD for better control: “I could always downgrade the image in post-production to get the desired look”. But I generally make a distinction between creating an illusion and pretending. So I shot on VHS, embraced the characteristics of the format and let chance intervene. You can always shoot another take. (Of course this is not to say that image manipulation in post-production should be rejected; only the “we fix it in post” mentality). The deliberate choice of a shooting format lends authenticity not only to the film but also to the filmmaking process itself.

When Walter Benjamin wrote about the repercussions of mechanical reproduction in 1936 he referred to the loss of aura of works of art[1]. While digital technology has further improved the quality of copies, the production of the first copy in the course of digital conversion still comes (not only with the loss of the work’s uniqueness but also) with a loss in quality. A finished film is played out to an analogue, or digital master. The format of the master does not necessarily correspond to the shooting format but it would represent the artist’s original version. In the near future this version may no longer be acceptable as a screening format since film festivals, cinemas and curators started to stipulate their own video file specifications for screenings from their hard drives. Little or no thought is apparently given to how this process compromises the integrity of films. Common conversions are not lossless. Thus filmmakers may have to accept a deterioration or alteration of the image and sound quality. If the cinema ceases to be a sanctuary where films can be watched in their distinctive original screening formats, these “originals” will eventually be confined to film museums. Film may, ironically, gain its unique presence in space and time after all.

While a film made for cinema may be distributed across all channels (TV, internet etc.) it cannot be made for all channels. The different screen sizes, for one, necessitate distinct production methods and shooting styles. Television, for example, requires more close-ups and has more dialogue, which is why TV productions look and sound different than feature films. The viewing contexts across the distribution channels vary widely with regard to displays, locations, times and modes. This has profound implications for the reception. The diverse settings may reward repeat viewings, but they cannot substitute the dark auditorium. The undivided, uninterrupted attention we give a film in the cinema leads to an unparalleled immersive experience.

Whatever we may think about the enigmatic works of an artist like Marcel Duchamp, we try to “get the picture“ and make connections. In the cinema we see images projected on a screen, and at the same time our own images are created in our heads. The filmmaker’s intention meets the viewer’s view. The artist, however, never manages to realise his vision fully. Marcel Duchamp talks about a difference between what the artist intended to realise and what he did realise[2]. But this gap does not represent a failing on the part of the artist. It is exactly this immeasurable quality of the artwork, which contains a lack of intention, that constitutes its true potential. Duchamp calls the relation between the unexpressed but intended, and the unintentionally expressed, the art coefficient. It falls upon the recipient to decode/interpret the artist’s work. Thus the viewer contributes to the creative act. The latter is not explained in more detail by Duchamp. The receptive process is, however, similarly complex and idiosyncratic as the creative act of the artist.

There is a difference between what a viewer thinks he understands (his subjective objectivity) and what he subconsciously understands (his objective subjectivity). This gap makes the reception ambivalent and, thus, endows the film with a personal resonance. The resulting reception coefficient is dependent on individual factors like the socio-cultural environment, specific life experiences, and physical or genetic characteristics. Hence the spectator insofar sees his/her own film. It is always our individual perceptions in conjunction with our personal histories, in other words, our own images which merge with the images and sounds on the screen, and thereby lead to an emotional and intellectual experience. It is a wondrous, osmotic process. For this we need undivided time – like for the pictures at an exhibition. The dark room of the cinema affords us this time.

This revised text was first published in its original version as a text for DIAGONALE 2013. 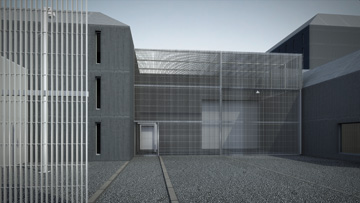 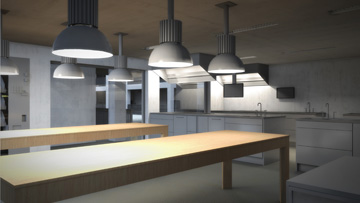 Robert Cambrinus graduated 2002 from East 15 Acting & Filmmaking School, Essex University, where he attended the Media Course. His first job was an acting role in a BBC production. Soon afterwards he started to develop his own film projects. His first short film was ILLEGAL (2006), which received several awards. COMMENTARY (2009) premiered at the Warsaw Film Festival, was screened at the Viennale, and competed at the Flanders Film Festival in Ghent for a nomination as Best European Short Film (European Film Awards). I CAN’T CRY MUCH LOUDER THAN THIS is his latest film, a free play of associations. In his work he explores aspects of subjective cinema, the destruction of illusion, and the receptive process