John: Most of you chose a film mixing medias or genres, a “hybrid film“, as Laurence designated it. PARANMANJANG uses this practice to guide the narration of the film. Starting out as a music video, then turning into a fiction movie with elements of suspense and Asian horror to transit into the second part of the film. The ritual then feels like an ethnological documentary (also like the film PORCOS RAIVOSOS chosen by Laurence) and at the end it goes back to fictional film. This practice has been done before but it’s getting more and more common (also the study of German shorts from the AG Kurzfilm mentions this point[1] ). Do you think we have now reached the peak, or/and in what direction could it go?

Maike: I didn't see too many movies done the way PARANMANJANG was done. To do a musical in a film and combine the music with "normal" storytelling is very common- I agree. I think PARANMANJANG is special, especially because Korean traditions - and ways of understanding the complexity of life and death - lies within, and not at the end, it is very different to our understanding here. That marks the documentary part- in which, I am sure, a Korean audience knows much faster than us, what is going on. Still, I don't think there is such a thing as a one single way of film coming up, but films are made. There are always trends, movements, technical achievements that allow certain new ways of understanding the material itself- but very few people really ride this wave

John: Since then, I haven't seen another film like PARANMANJANG, so perhaps this peak is taken… Laurence: When I had to make a statement for this panel the word “Hybrid film“ was the most convenient, and the most precise one. I was much more driven by the content of PORCOS RAIVOSOS. Formally it is something between documentary, storytelling and performance but I don’t believe there is a peak. There has always been avant garde films, or very independent voices in cinema to try to find new ways in storytelling, I believe. But now, we have easier access to the films, with internet, vimeo, etc. So those voices get to be heard. Before, those voices would remain in confined circles, and were maybe rediscovered later with the work of film archives or festivals.

Lars: There are more hybrid films, because there are less fewer specific outlets for short films, that possibly might be able to impose certain patterns. That's something I find very encouraging and exiting in general to see how film is liberated from the boundaries of TV, commercial cinema, etc. The same happened to music videos a while ago, when music television disappeared. That was amazing, because the genre that was generated once by music television survived it, and even became more interesting than it used to be, artistically speaking. John. This guidance of the different techniques and genres seems to be contemporary but analysing them as single pieces of work, the filmmakers use classical elements of cinema. One could say that looking into the future also means looking back. Is there a trend that young filmmakers reflect cinema itself, maybe now even more when there is a voice in the public and also in the art world, claiming that cinema is dead?

Maike: Referring to the cinema is dead- I think Lars Henrik Gass’ book FILM UND KUNST NACH DEM KINO (2012) is very revealing and interesting. The use of different effects to make video look old- is very common and boring.

Lars: That's also why I am rather critical towards certain tendencies in contemporary found footage film. There is a threat of an iconographic loop. Simon Reynolds also described that in his latest book on pop culture.

Jukka-Pekka: I think that mixing genres or rather showing that they can be irrelevant is one trend that is happening. One can say that cinema is becoming more animated as film makers can and often do make things as they please, not as they appear in the real world and the difference between documentary and fiction has always been unclear or even dishonest. (NANOOK (1922) by Robert Flaherty is praised as a great early documentary, need I to say more?) New technical possibilities give more freedom and I do not think that all narratives have been told in all possible ways yet. And never will. The world of shorts is much more diverse than the world of feature films. In feature films one is stuck pretty much with narrative structure and affected with the star system, for example. Also, the dividing line between documentary and fiction is quite strict. Of course exceptions exist, but quite rarely. At the same time the world between art and cinema is maybe increasing, because I think there is more interaction between art and cinema. But of course this is apparent only to those who have an opportunity to follow what is happening in this area

John: You’re right, especially in the field of documentaries the boundaries have been unclear for a long time. Today, it is a very common practice to play with the expectations of the audience. The mainstream mostly has the idea that a documentary film has to show the truth, to have a journalistic approach, but already at the moment in which the director decides to edit the film, he manipulates the truth. I don’t know if you had the time to watch the Black Wave program in Winterthur 2012, including Zelimir Zilnik, Karpo Godina and the documentaries in the program WORKING CLASS HEROES, or the Hitchcockians program from Croatia in Oberhausen this year, but those film makers often showed how to play with these expectations and using documentary in a manipulative political way. Young film makers and artists don’t seem to pay much attention to this kind of programs and the art world regularly dismisses film history in curating. How can we as festivals change this and should we?

Jukka-Pekka: Definitely. Film festivals should show films from the history for many reasons. If and when history of cinema is forgotten, festivals should do even more. Lars: You sort of have to force people at gunpoint, that's all you can do.

John: Do you think the direction of hybrid films is the future? Or is it interesting because film seems to struggle to let go of the genre theories, not like music, where the critics seem to invent new genres constantly like folk, neofolk, freak folk, etc? Jukka-Pekka: I think that film theories are interesting (sometimes), but filmmakers should not think about what genre they belong to. This categorizing is a tool to communicate something in advance, to find funding etc. And then a tool to those who deal with the finished film, but I believe or rather would like to promote filmmaking that could be free of pre-existing categorising. And hybrid is just one possibility, on top of any other style and method and all the traditional ways; classic animation, fiction or any documentary style are still valid, if and when there is a new way to have an impact to the viewer. Peter: No, I believe that apart from small changes in genres and playing around with technical possibilities, the single screen works for a dark room will stay important. The more exciting direction to further develop is the film festival as live event, where filmmakers show their works in different ways: as installations, performances or present it together with other artists. 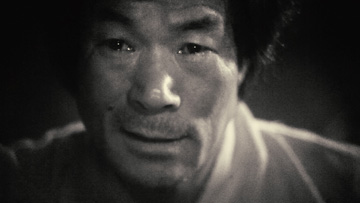 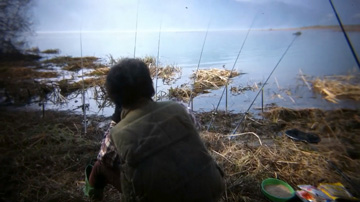