John: You stated the future of shorts is a journey into emotion. I think there are a few very interesting aspects in this thesis. First, do you think that this is a reaction on our rational world ruled by hard factors of economy and society emphasizing the values of solidarity, maybe in the so called crisis even more?

Maike: I think my personal artistic approach lies very much in the emotion itself. It is an emotion that carries me out to where I finally go. Often anger has a very strong power to guide you through a whole process of making. Anger, sometimes lust and devotion. A single image that caught my attention and let me think about the surrounding images and emotions, stories.

John: If you really dare something then stand close to your emotions. To dare your emotions, even and especially if they are strange, illicit, besides everything you have once learned, heard about etc. Emotion is what rules the world, no? Secondly you and Laurence both chose a film less rational, very atmospheric and linked to mythologies and rituals. There seems to be a need of reflection on structures and belief. What do you think about this?

Maike: Just coming back from Poland, it struck me that in KRAKOW FILMFESTIVAL’ INTERNATIONAL SHORT FILM COMPETITION, almost every film dealt somehow with belief and faith. Maybe it is about age; getting older means, at least for me, rescheduling our own perceptions of belief, they way we were raised when we were a child - confronting it with a certain present and relocating oneself within. It is only in roughly the middle of our lifetime that real life starts, real life in terms of - when decisions really matter, when it is about deciding which way to go. So, not every film is about belief- but often, very often films are reflections on structures in life, relations, moments and this has a lot to do with where one is coming from- rituals of everyday life- from yesterday to a changing today.

Laurence: PORCOS RAIVOSOS is a film starting with a kind of ethnological approach, which is supposed to be a very rational approach, and then it turns out to be a play directed by the dancers themselves. So it’s much more about being your own master than any kind of ritual or mythological vision. It’s a very down to earth film.

John: Both of you chose to go in the same direction while the guys went more into the rational, formalized direction. Is this a coincidence or do you see gender differences in programmers? Maike: We all experience the world in different ways- so of course, we see and understand, receive films in different ways. There are differences between men and women- and they are reflected in, for example, discussions about films. It is important to have the chance to show different perceptions of the world in cinema and museums. So if only one sex is represented in a selection - it becomes very monolithic- and the world is, as I understand the world, multiple.

Laurence: Except for the fact that Maike and I like to wear dresses, which is not the case for Jukka-Pekka, Peter or even Lars - or so it seems - I wouldn’t believe in gender differences in programmers. But I would strongly believe in educational, historical, and personal differences, which is why all of us don’t select exactly the same films. Jukka-Pekka, you said that Tampere tries to break out of the Eurocentric views in films, which means that you also have an aspiration to show several productions of outer European countries. This sometimes gives off the impression that a program strives to be a panopticon of the world, or even has an educative approach. Can you please explain in more detail how you understand this point?

Jukka-Pekka: The world of art and communication, and I think that short film is about art and communication, is very Eurocentric in the European cultural sphere. I do think that knowing about other people and their culture is both interesting and fruitful. The world is evermore more dependent on other people, often far away, so one should build possibilities of more understanding. And there is very much criticism towards the media, what we see and hear and read about the rest of the world. So yes, a heavy educative approach, but it is hard to find relevant, well made films, and yes, cultural colonialism is still at work. But maybe in an old fashioned, well meaning way in which “we” try to make “them” rise to our level. (I do not believe that colonialism was altruistic, but there were also hints of this kind of motives present).

Maike: Our Eurocentric view on film is like this, because, living in Europe creates a Eurocentric vision- I am aware of that, even more with having lived abroad. On the other hand, especially the filmmaking itself and the beginning of it, the so-called short film, have their roots in Europe and we can't deny it and we don't have to, neither. Form changes, film changes. To change society on the one hand and being open is the tool, and to become open we have to enter and understand different universes. Film is a fantastic tool to do trips all over!

If you refer to the films of the West Coast avant-garde people, they were originally from Europe, or influenced from the artists that emigrated or even if they were originally from the US - I would still consider them to be part of the Western world- so for me, breaking through the Eurocentric view of cinema- starts e.g. with a wild island in the Caribbean sea where, even after many, many years, there are still some people - resisting (freely adapted from Asterix & Obelix) - no, but really. Even the New Latin American cinema was, because their main protagonists had all studied in Rome, mainly influenced by European filmmakers and thinkers. But then, what happened was the MIXING, the transcendence of one into the other. So, beyond Eurocentric views- it is about an open mind to see films that are not afraid of crossing borders and combining what is not to be combined (on the first hand). Latin American cinema of the early 1990s was for me very, very important. A feature film like BUENOS AIRES VICE VERSA (1996) by Alejandro Agresti and a short CIUDAD DE DIOS (1996) by Victor Gonzalez, both shot by Ramiro Civita, both absolutely felt in a corporal way- very much changed my reception of cinema. Jukka-Pekka, when you were approached with the idea for the panel you wrote a text for Winterthur. There you mentioned that there are a lot of works, which clearly belong in the tradition of cinema exhibited in galleries and art museums today. Which films belong in which institutions?

Jukka-Pekka: I think that galleries and museums are not very good at presenting works that should be seen in its totality, that are more than two to three minutes long. Because the idea of an art museum or gallery is that one can decide what is of interest for how long, there usually are disturbances etc. The thing I tried to say is that short films (sometimes quite long short films) are in an environment where they are not in their best. I do not mind that films are shown everywhere, but I wish one could see cinematic works properly.

Peter: Nothing “belongs” anywhere, it's up to the filmmakers and other artist to search for new ways to stage their work. It's up to the programmers to create a context that can add something to the conventions. Conventions and institutions as such are not very interesting.

John: Do you think it’s good if also curators coming from the art industry should attend short film programs? If yes why, or if not, why not?

Peter: Yes, we can learn and steal from each other. And we are able to seduce artists towards the stage with an audience, and filmmakers towards a stage where they make a living. Only artists that play with the notion of popular culture, like Phil Collins or Keren Cytter, seem to be able to enter the secret society of art.

Jukka-Pekka: I do think they should and I believe some do, but the field of art and art curating, is different from the world of cinema. I find it interesting for instance to be in Oberhausen where these two worlds, arts and art of cinema, collide. I also find it interesting (if not quite revealing) that in Oberhausen, the international Jury consists of people who come from outside the cinema, the selection is quite heavy on things made by artists, not filmmakers and yet the awards usually go to works that are quite “cinematic“. But definitely one needs to look always to other arts.

Maike: It is always good to see what the other one does - it is about understanding the different perspectives on film. Lars: Well, the problem simply is that most art curators I know are rather watching out for big names than really spending the time to watch the works. That's very sad. The art world is a symbolic system of values rather than a market. So, it matters a lot who says what about whom. That's something I dislike a lot. To sit somewhere to watch things on your own would be far more productive. Maike said that there is still a lot to experiment with regarding the storytelling in films. I think here lies the interesting part of narrative films and I often think that those kind of films would perfectly fit in art exhibitions instead of permanently showing essays, mocumentaries or films with exploiting positions. Do you have an explanation (besides how films should be shown at exhibitions) why they aren’t shown there?

Peter: The art world makes different choices, and in my point of view, is mainly interested in works that can represent a certain economic value. Mainly artists that are not part of the popular culture but play with the notion of popular culture, like Phil Collins or Keren Cytter, are able to enter the secret society of art. Lars: And there really are lots of such narratives shown in exhibitions, think of Salla Tykää, Eija-Liisa Ahtila, Omer Fast, etc. So, Peter is right, it is basically not so much an artistic evaluation why someone is shown or not, it has more to do with questions like: What is the degree of “criticality“ in this, how “hot“ is someone, is a work suitable for a collector's wall? Very funny criteria indeed. 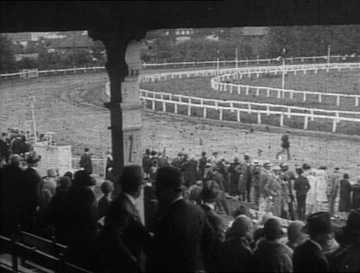 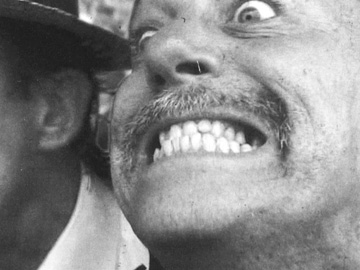