Kunsthalle: A Model for the Future

The European Kunsthalle was and remains an institution with no permanent space and is independent of any local government mandate. It defines itself as a Kunsthalle to appropriate the potential of this particular form of institution, but also to revise it critically. Having emerged from a specific situation—the demolition of the Josef-Haubrich-Forum in the city center of Cologne—the European Kunsthalle conceives of itself as a project that traces and examines the conditions and structures of an institution of contemporary art without being bound to a permanent space or location.

When the Josef-Haubrich-Forum was demolished in 2002 in favor of a multifunctional cultural center, citizens of Cologne organized their protest by forming a society. Founded among others by Rosemarie Trockel, Kasper König and Marcel Odenbach, this society in turn initiated the project European Kunsthalle. The intention was to investigate the conditions and practices of curating and exhibiting contemporary art beyond its factual situation in urban space, and to actively participate in the discussions about the transformations of public space, social bonds and political agency as part of the conditions and practices of a newly founded Kunsthalle.  The Josef-Haubrich-Forum, opened in 1967, had created a space where the vision of an open forum that fulfills its democratic function in an urban context was successfully practiced for decades. In the urban fabric of Cologne this Kunsthalle functioned as a social site. During the initial phase of the European Kunsthalle project, one of its most important tasks was therefore to formulate the conditions of a new Kunsthalle for Cologne as part of the public sphere, and as a field of possibilities for today’s heterogenous realities.

Since the summer of 2005 the institution European Kunsthalle has tested models of curatorial thought and action as ways of dealing with contemporary art through various formats and exhibitions. The question of what institutional formats work in contemporary cultural and political conditions was central to this. Neither politically authorized nor bound to a specific space, the initially virtual exhibitions—but functioning institutional structures—of the Kunsthalle offered the opportunity to initiate a research process beyond the specific situation in Cologne. The changed conditions of curatorial activity and the shifting cultural and urban structures were therefore as much subject of the initial phase of the project (planned for two years) as were the possibilities of an expanded European context. That the European Kunsthalle includes a European dimension as the horizon for its activity is not merely metaphorical for the constitution, networking and establishment of a new institution located in western Germany, which needed to position itself internationally. More importantly, ‘Europe’ stood for discussions about a context that poses as many questions as it offers possibilities. 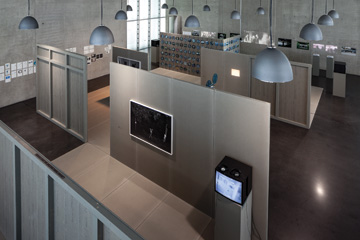 From the beginning, the central theme of the project was not the site-specific adaptation of the Kunsthalle model, but the development of an institutional model that opens perspectives for an urban society beyond the nucleus of the art field. Concrete activities such as the one-month event Under Construction[1]—which gathered representatives from art, architecture, sociology, economy and politics for lectures, discussions and presentations in different places across Cologne—contrasted with the more immaterial research of teams of architects on stable and unstable spaces, the results of which were summarized as a publication.[2] With the two-year project European Kunsthalle c/o Ebertplatz (2008/2009) the Kunsthalle shifted its emphasis following the initial nomadic phase. Located in an artist-designed spatial structure by Dorit Margreiter, the Kunsthalle model temporarily operated in a central, vibrant inner city square. The project questioned how an existing space becomes an ‘art space’ and how it can offer extended possibilities of function and perception. The minimalist, modular structure by Margreiter framed the various exhibition projects, for which artists mostly created new work and reacted to the specific situation they were confronted with.[3] In parallel, between August 2009 and Mai 2010 European Kunsthalle curated the program of the exhibition space Ludlow 38 at the Goethe Institute in New York. During this time it organized a series of exhibitions with internationally renowned, mostly European, artists that had rarely been shown in New York.[4] 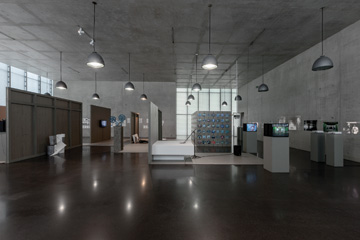 The current orientation of the European Kunsthalle focuses more explicitly on decentralized action and cooperation. As an institution without a permanent space, European Kunsthalle is intended as a performative presence and exists wherever its projects take place. Collaborations with Academy of Media Arts Cologne and Kunsthaus Bregenz resulted in the development of exhibitions that at first glance didn’t appear very different to the usual exhibitions at these institutions, but which enabled an immediate reflection on the form of the institutional through the (co-) authorship of the Kunsthalle. What, for example, is the significance of only organizing exhibitions by invitation, or when one has found a partner for an idea? Why is it easier to acquire funds for projects than for an institutional foundation? What expectations are laid on an institution that acts the part in terms of its program, but doesn’t fulfill the basic criteria for an institution and therefore itself resembles a project?

That the flexibility of a loose institutional structure like European Kunsthalle is quickly suspected of conforming to the neoliberal call for more self-reliance is a fact we as directors are very aware of. Public institutions need financial security for their planning process, enough subsidies even for the realization of less popular projects, and an appropriate staff and infrastructure to fulfill their key responsibility of acting in ways that are not primarily based on external interests or investments—but these very conditions are increasingly under pressure. We therefore see one of the main opportunities of the European Kunsthalle model precisely in its lack of an externally defined mandate. However, we don’t conceive of this nomadic model as a competition for or improvement on the ‘permanent’ institution. In the end, the cooperation with other institutions makes it clear that institutional agency always involves finding a balance between various organizing structures, as well as a discussion to define the important questions in a particular time and place—which may mean reflecting on the importance of public art institutions as discursive spaces for non-instrumental forms of thought and action. An institution without a space and without its own funding, European Kunsthalle is a friendly parasite, dependent on the hospitality of others. And like any good guest, it comes with gifts, such as new ideas, impulses and contacts. 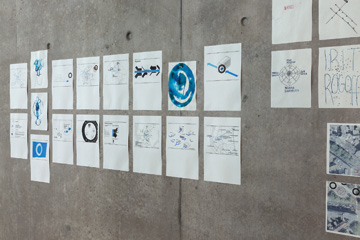 Astrid Wege is a curator and writer and lives in Cologne, Germany. She has edited and authored numerous publications on contemporary art and writes regularly for Artforum and Texte zur Kunst. She has taught at Universities in Bochum and Cologne and is one of the artistic directors of the European Kunsthalle.

Vanessa Joan Müller is an art historian, curator and writer, who lives and works in Vienna. She is Head of Dramaturgy at Kunsthalle Wien and, together with Astrid Wege, artistic director of the European Kunsthalle.

An Interview with Jonas Ekeberg

“The term was snapped out of the air”

An Interview with Charles Esche

“We were learning by doing”

An Interview with Maria Lind

“We want to become an institution”

How to move in/an institution

Kunsthalle: A Model for the Future

An Interview with Liesbeth Bik

“Both a radical and mild change”