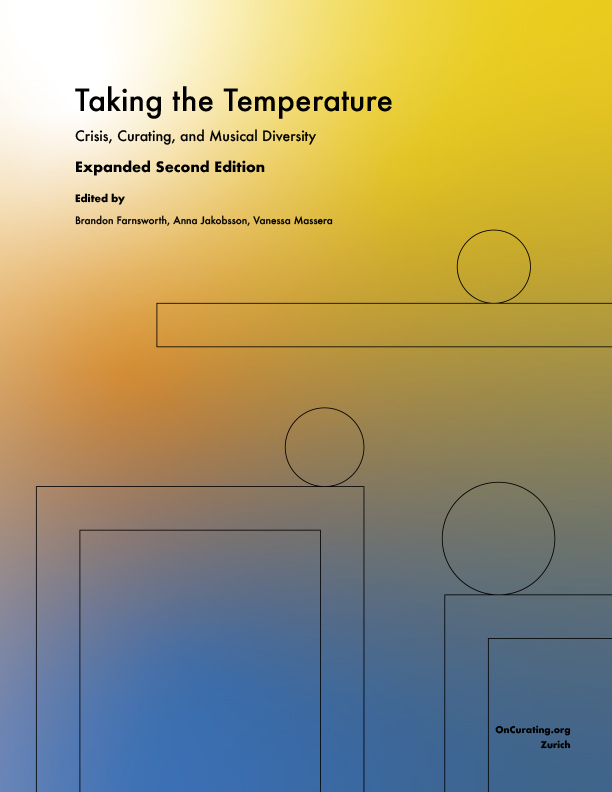 The caesura in musical production caused by recent global lockdowns has made contemporary music’s crisis of societal relevancy more apparent than ever. Bringing together interviews with music curators, musicians, activist networks and institutional leaders, this book details existing practices and approaches, showing that change is possible but only if the recent wave of interest in curatorial practices, diversity and divestment from a white, European bourgeois aesthetic are taken seriously by the musical establishment.

This expanded second edition of Taking the Temperature adds a new preface, five new interviews, as well as followups with previous interviewees. Radiating out from the Ultima Festival and Oslo, Norway, it includes interviews with key figures representing institutions in Sweden, Finland, Denmark and Iceland, as well as a number of important perspectives from the Canadian and Quebecois musical landscapes. This book documents the growing number of efforts to fundamentally reimagine our musical institutions in response to the challenges our society faces today, how these institutions have faced unprecedented challenges posed by a global pandemic, as well as how a growing chorus of voices are calling for fundamental change.

This work is licensed under the Creative Commons Attribution-NonCommercial-NoDerivatives 4.0 International License.