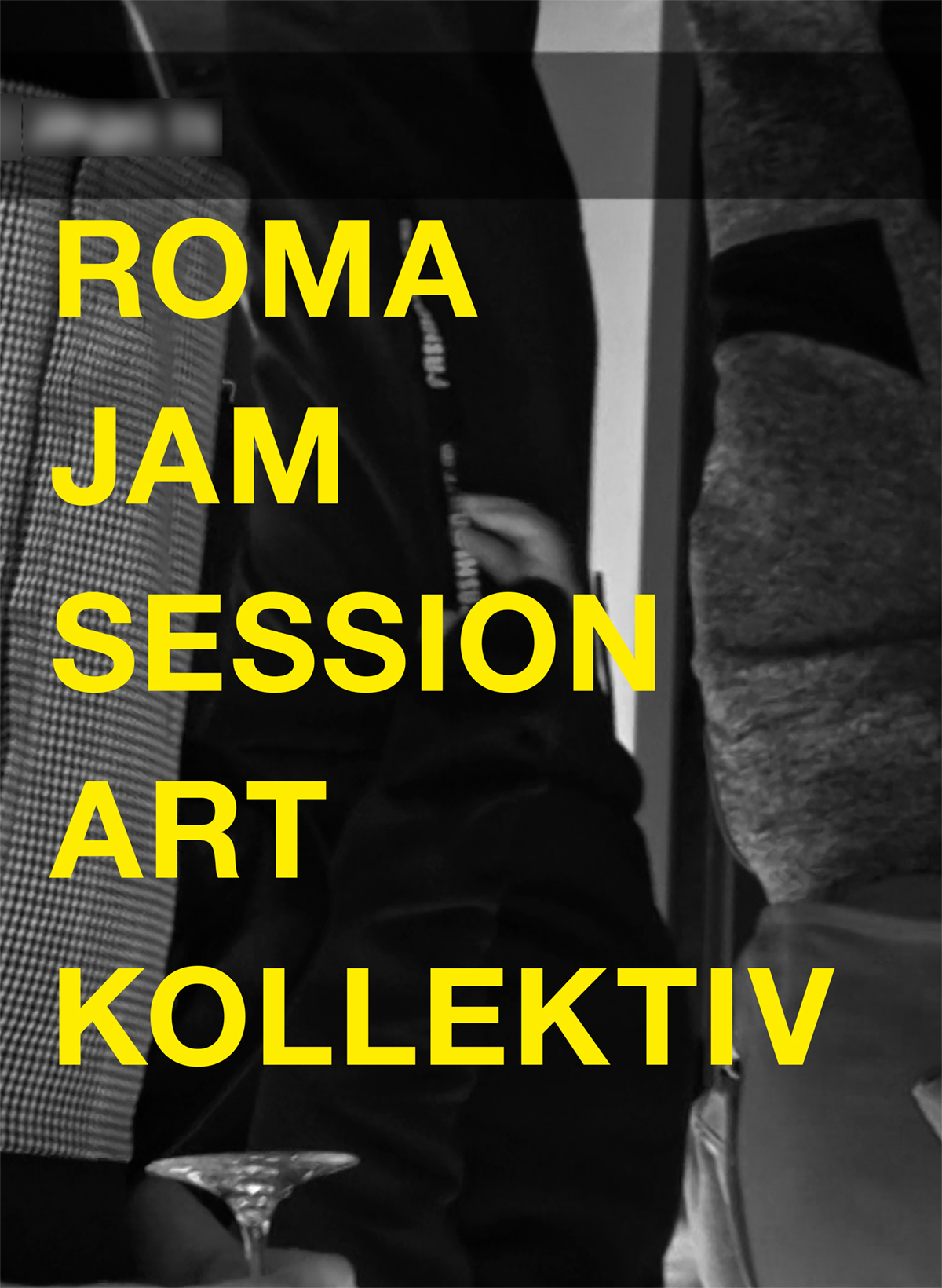 What might a contemporary artistic practice look like that expresses the sensitivities of Roma in Switzerland and in Europe, that unravels their history and sets the record straight on the erroneous assumptions that extend to the present, that examines them thoroughly and with a dash of fluxist humor, and that responds flexibly to actual developments in art and minority politics? Not all of the performances and actions conceived and shown by the Roma Jam Session art Kollektiv (RJSaK) in recent years fulfill each of these points, but RJSaK's work operates on all of these levels simultaneously. Morphing The Roma Label is a publication documenting a ten-year collaboration between the members of the collective and their accomplices, in this form of assemblage itself has become an art project that reevaluates and reflects on its work, and at the same time wants to be an aesthetic experience in its own right, activating, liquefying and dynamically performative.

Roma Jam Session art Kollektiv (RJSaK) is the first art collective in Switzerland dedicating its activities to create new fresh images of the Roma people. RJSK was founded 2013 as an art and activist collective. Based in Zurich, the group works transdisciplinary with members from the arts, acting, music, choreography, design and theory and collaborates with guest experts and accomplices. Since its first intervention at a local art space, RJSaK has performed at Manifesta 11 Parallel Events in Zurich, Kunsthaus Zurich, Kustmuseum Basel, Shedhalle Zurich, Roma Pavilion at Venice Biennale and at Bukarest Biennale 2020. Apart from its public art performances, the collective workes with various NGO’s and was engaged between 2014 - 2018 in a working group at the federal office of culture BAK negociating and shaping the rights of Roma, Sinti and Yenish communities in Switzerland.

Mo Diener is a Choreographer, Performer, Video Artist, Researcher and Writer. She studied Art, Ethnography, Anthropology and Comparative Religion in Zurich. Since 2014 she holds an MA in Fine Arts from ZHdK. Her artistic practice is located in the transdisciplinary and conceptual field of critical art and theory. In 2009/10 she started researching her maternal ancestors line (Roma /Sinti) as part of her artistic research project “Science, Fiction & Politics” at Bern University of the Arts HKB. She was 2011 invited into the Master’s program at ZHdK to continue her research. In this context Mo Diener founded the Roma Jam Session art Kollektiv (RJSaK) 2013, together with RR Marki and Milena Petrovic. She is the artistic director of the RJSaK as well as board member of the connected association. Mo Diener introduced the public performance practice to RJSaK opening up new possibilities of intersectional collaborations. During the pandemic years she was editing the publication and art project Morphing The Roma Label together with RR Marki.

RR Marki is a Roma activist, graphic designer, radio maker and performance artist. 1979 he was working at Radio Bran and 1980 he started his studies at the Technical university in Skopje. RR Marki emigrated 1985 to Switzerland, were he started in the 1990ties to work as an artist. He studied graphic design at the School of Media and Design F + F in Zurich. He worked in Radio Lora Romanes, an independent Roma program of Radio Lora in Zurich. Since the Millenium he exhibited in diverse galleries and off-spaces in Switzerland: Zentrum Karl der Grosse, Zigeuner Kulturtage, Shedhalle amongst others. During the pandemic RR Marki was co-editing the art publication Morphing the Roma Label with Mo Diener. RR Marki is a foundation and board member of RJSaK.

Milena Petrovic is a Serbian, Austrian and Swiss citizen. From 1994 to 1997 she was studying acting in Zurich. Since then she has worked on diverse projects for film and theater stage, among others in the Schauspielhaus Zurich and Maxim Theater Zurich. She was also engaged in Swiss Television SF1 and independent film projects. She collaborated amongst others with film director Reto Gmür, Peter Palitsch and the stage director of Maxim Theater Jasmine Hoch. From 2010 till 2014 she was an active member of the Maxim Theater Company. With their socio critical pieces the theater was touring on the Swiss German theater stages. Milena Petrovic was playing in the well received pieces Kreis Fear, Schweizerpass Superstar, KissKill KillKiss and Spielt Gott Fussball? She is an actrice and activist and one of the founding members of Roma Jam Session art Kollektiv.