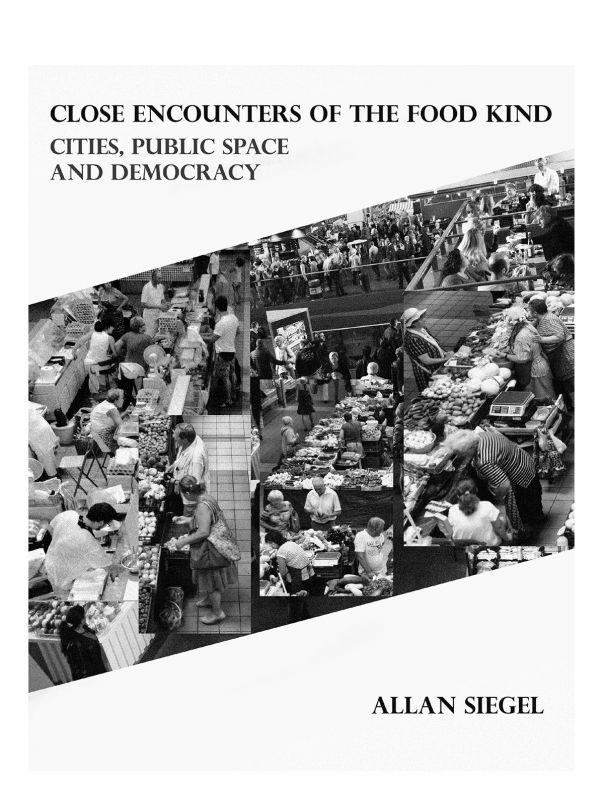 The antecedent of modern democracies is most often associated with the public space of the ancient Athenian agora; this market place and public square fostered forms of discourse intrinsic to a democracy.  The social space of the agora represents a fundamental site within which unfettered forms of political debate can materialise. To locate the practices of politics singularly within the formal spaces of the governing institutions of a democracy, such as parliaments and congresses, is to divorce democracy from the cauldron of public space. Using images and texts, Close Encounters of the Food Kind cross-examines the connections between a democratic praxis and public space: particularly in relation to market halls and the public or private social spaces devoted to food and other commodities necessary for human survival.